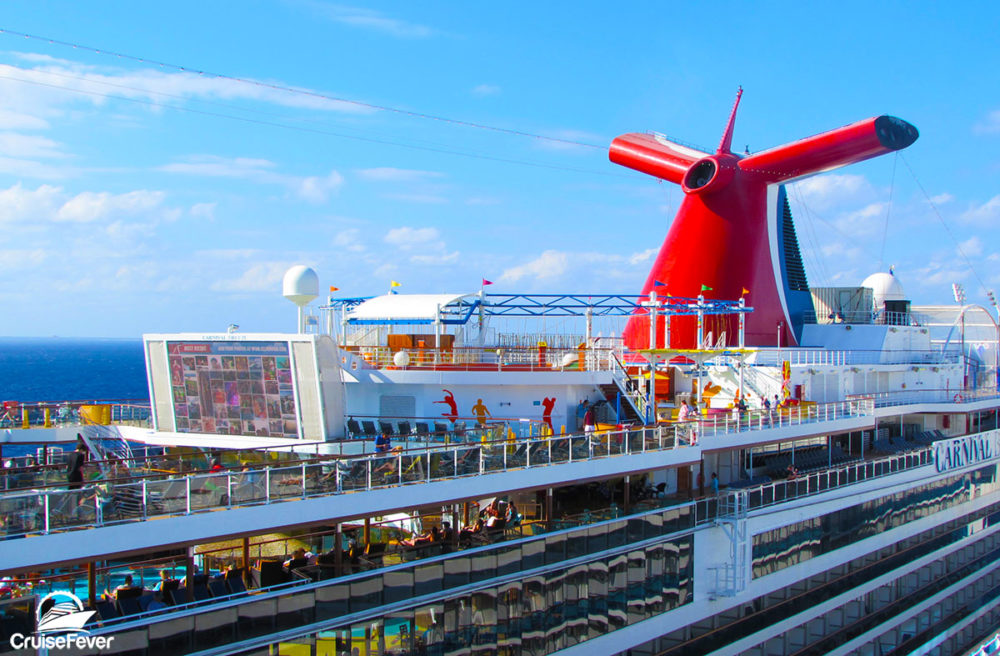 New Orleans Saints players Cameron Jordan and Mark Ingram took to the stage in front of a packed house on Carnival Dream while the ship was docked in New Orleans. Carnival is the Official Cruise Line of the New Orleans Saints and New Orleans’ largest cruise operator with two year-round ships carrying more than 450,000 passengers annually – the most of any cruise line.

The fun competition mirrored Lip Sync Battle Carnival, an authentic recreation of SpikeTV’s pop culture phenomenon that is currently being rolled out across the fleet. During Lip Sync Battle Carnival contestants face off in a head-to-head competition to create the most unforgettable lip sync performances to popular songs amidst a backdrop of the show’s recognizable marquee.

Ingram had a chance to live out his rock star fantasy performing the 1980s anthem “Here I Go Again” by Whitesnake with colorful and iconic costumes and props inspired by the hair bands of that era.

Jordan also brought the house down with his unique interpretation of Usher’s “Yeah!” decked out in a metallic silver jacket with precision choreography from his team of talented backup dancers from the Carnival Dream’s Playlist Productions show.

Although the audience vote was close, in the end it was Jordan who took home the coveted Lip Sync Battle Carnival belt and earned a $10,000 for United Way. Ingram was also a winner, collecting a $5,000 donation to the Mark Ingram Foundation.

Christine Duffy, president of Carnival Cruise Line, gave the following statement: “Today’s event was a great way to partner with the New Orleans Saints to showcase this fantastic new entertainment choice while also raising money for two worthwhile local charities. Mark and Cameron were certainly good sports in every sense of the word and many thanks to them for their efforts to help the New Orleans community.”