Three cruise lines are building new state-of-the-art cruise terminals at PortMiami, the Cruise Capital of the World.  The new terminals will accommodate new cruise ships and provide a better experience when embarking on cruises. 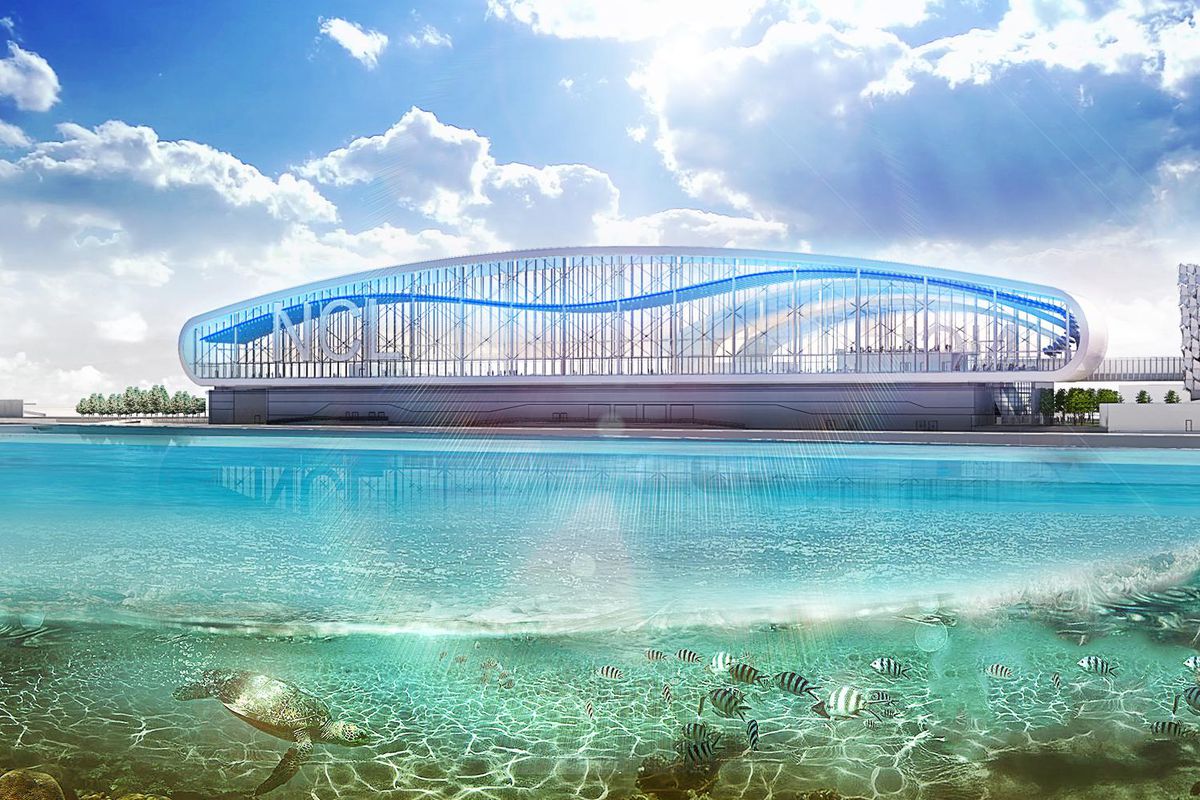 Norwegian Cruise Line, MSC Cruises, and Virgin Voyages all have new terminals planned for Miami. Royal Caribbean opened their new Terminal A in Miami this past year.  Here is a look at the new cruise terminals coming to Miami.

Norwegian Cruise Line’s new terminal is currently under construction and scheduled to open later this year. 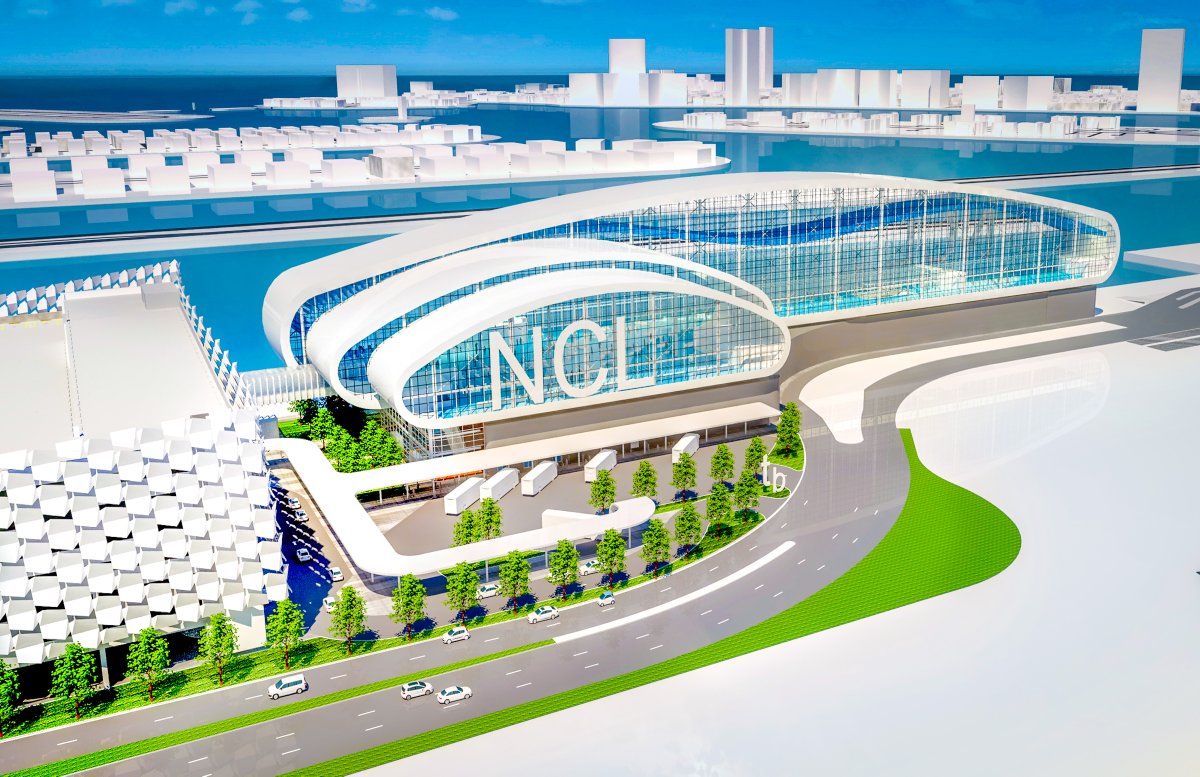 This new cruise terminal from Norwegian Cruise Line will over 165,000 square feet and is being designed by Miami-based global architecture firm Bermello Ajamil & Partners. The terminal will be able to accommodate up to 5,000 cruise passengers and features new technology that will speed up embarkation and disembarkation processes. There will also be expedited security screening and luggage check-in.

The terminal will include a new parking garage and a valet parking area. There will be grand ocean views, innovative lighting, indoor and outdoor waiting areas, and other features that will enhance each guest’s experience at PortMiami. 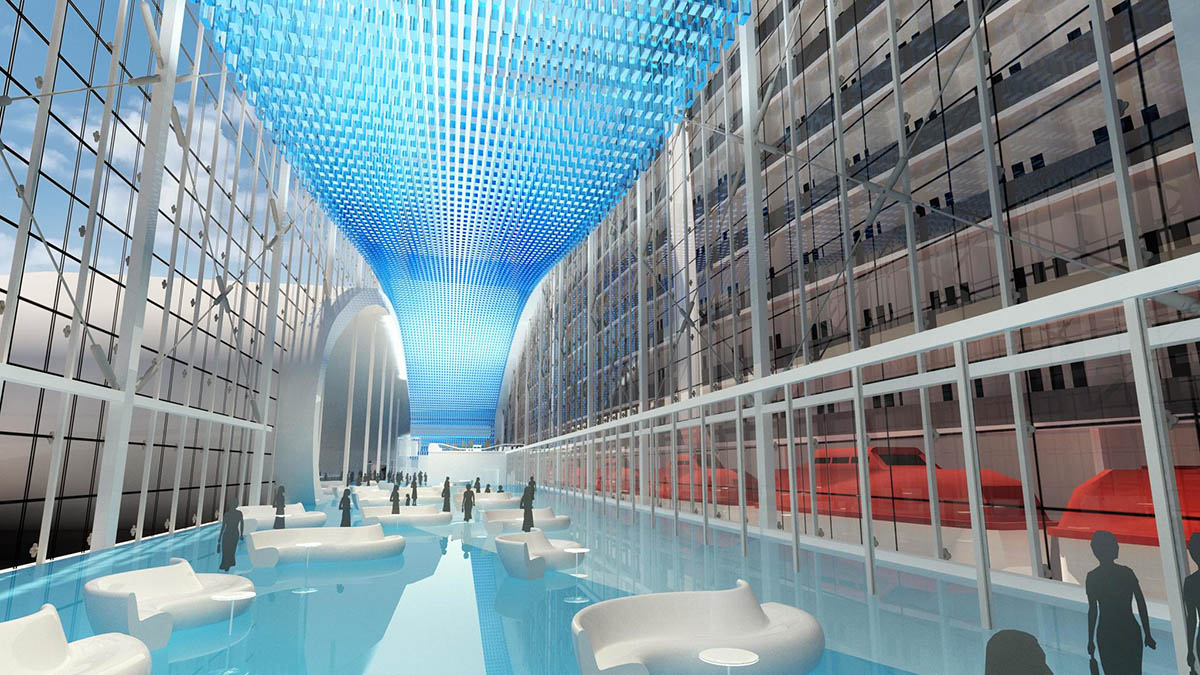 Virgin Voyages is building a brand new cruise terminal for their first cruise ship, Scarlet Lady. The cruise line has released a few renderings of the terminal which can be seen below. 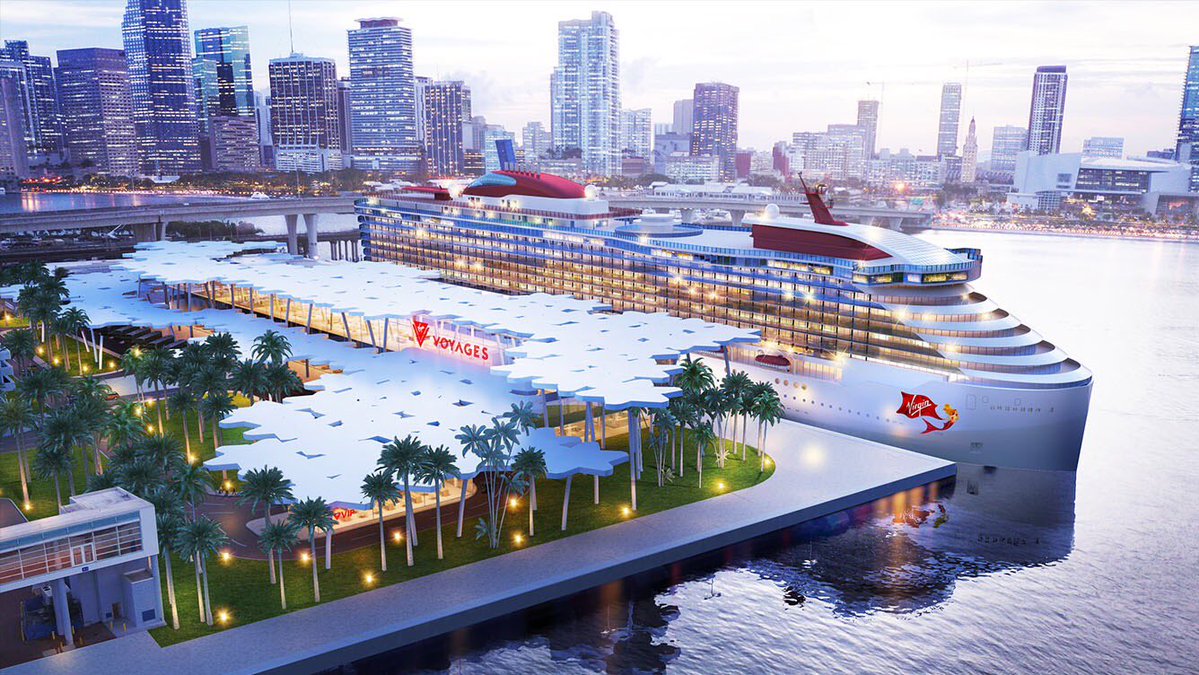 The cruise ship will be adults only and the following will be included in cruise fares:

Scarlet Lady will sail four and five night cruises to the Caribbean with stops in Cuba, Mexico, and the Bahamas.  View Prices on Cruises on Scarlet Lady 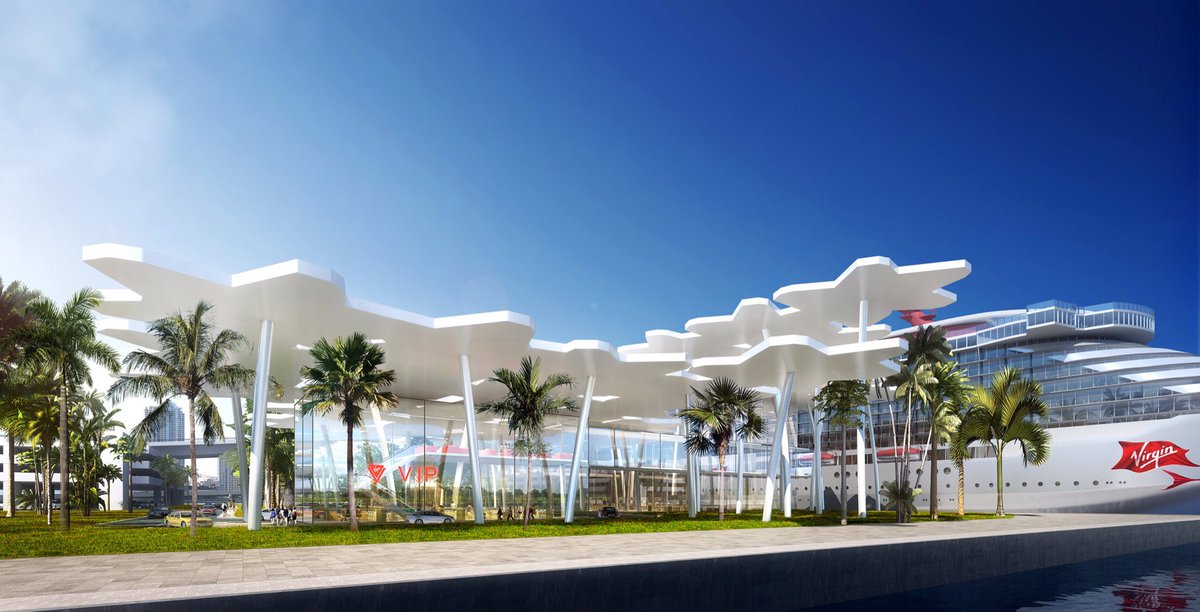 MSC Cruises is also building a new cruise terminal in Miami.  This news was first announced this past summer when the cruise line signed a Memorandum of Understanding for the construction of a new terminal.

The new terminal — which is projected to be completed by October 2022 — will be able to accommodate MSC Cruises’ next-generation, still under construction MSC World Class cruise ships carrying up to 7,000 guests. 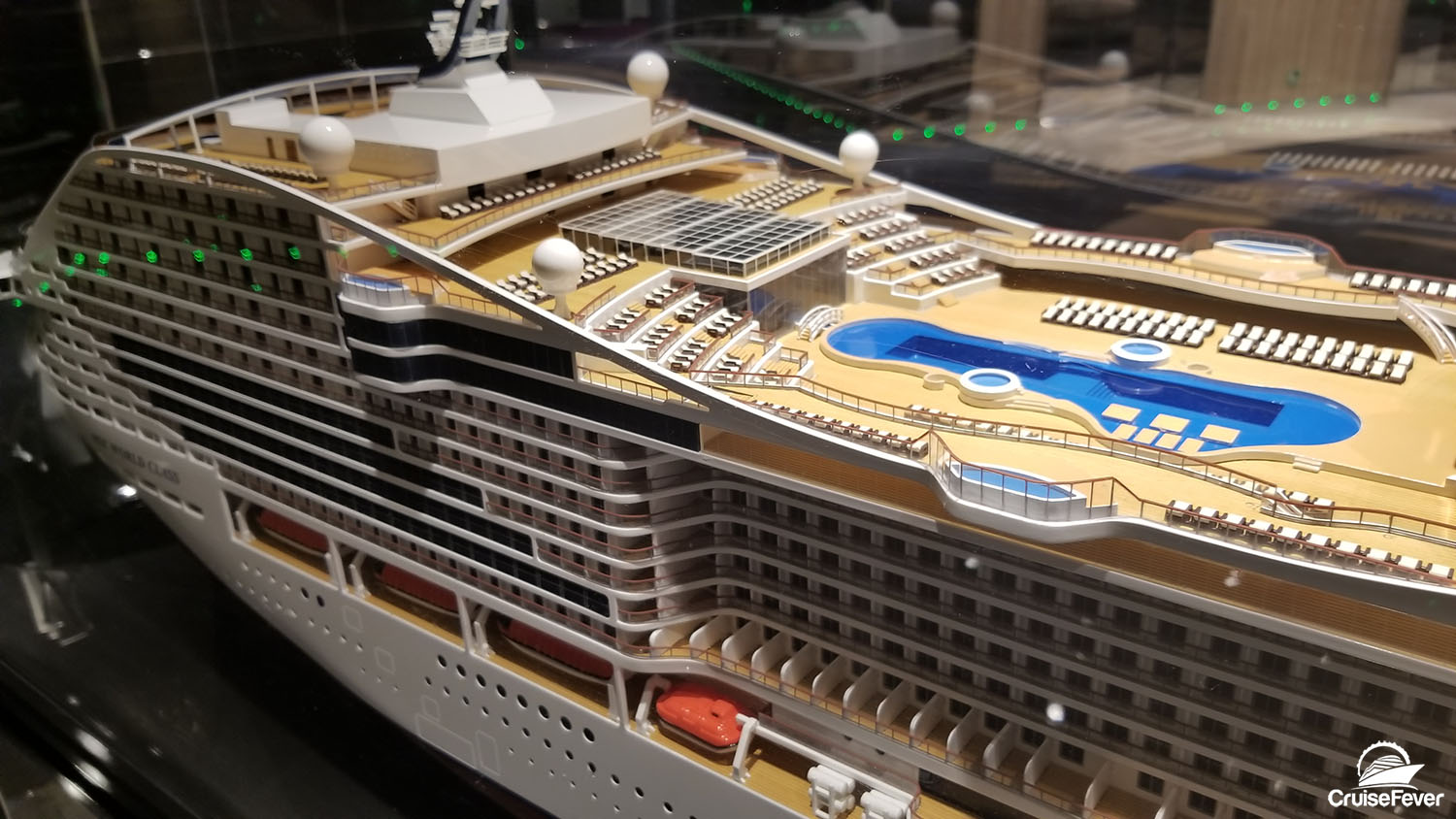 MSC Cruises will announce details about the new terminal next week at Seatrade. Cruise Fever will have the latest about this new terminal when the news is announced.