MSC Cruises has added an industry first man overboard detection to one of their cruise ships and will eventually be rolled out to every cruise ship in their fleet. 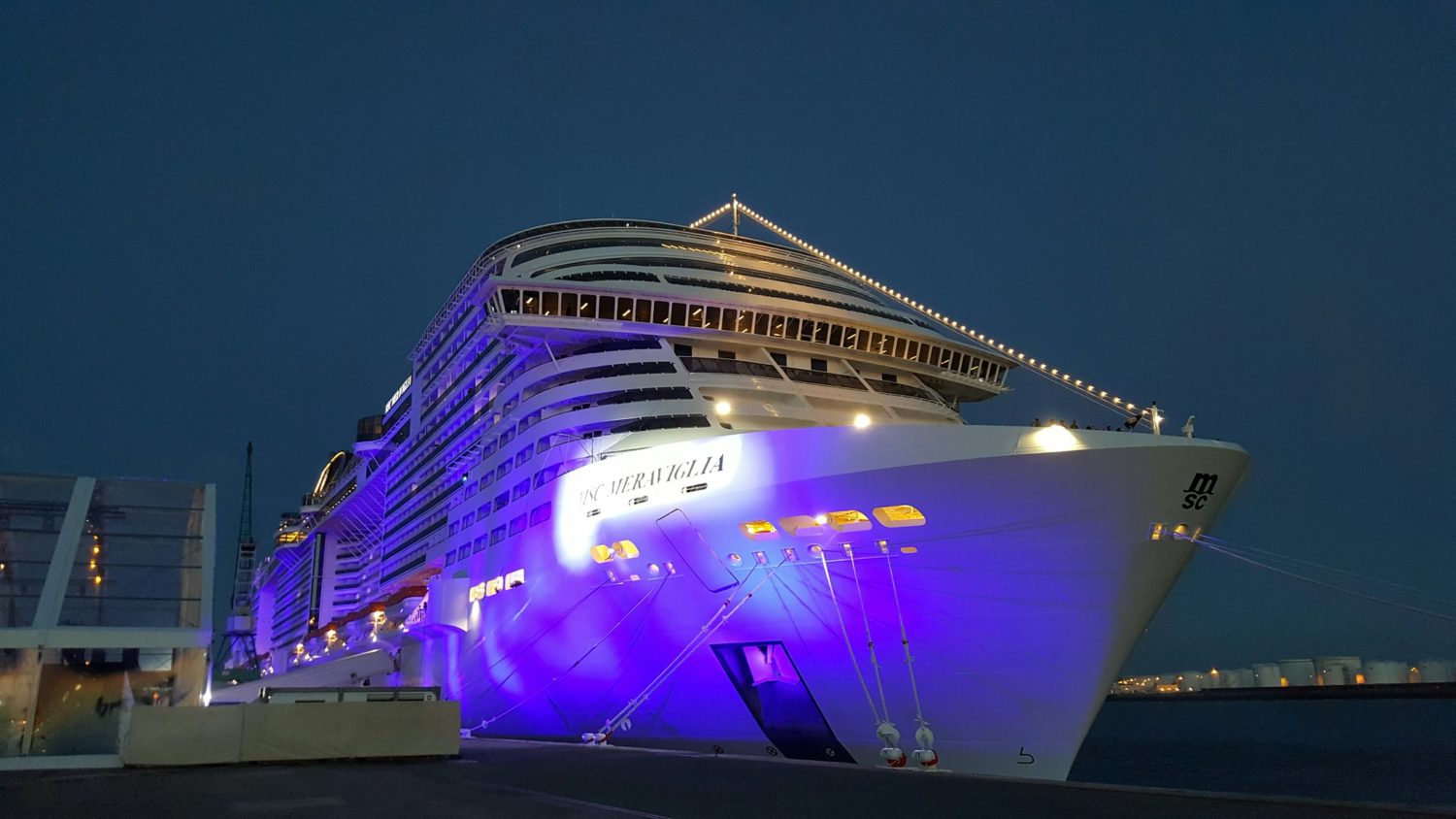 The video surveillance system was developed in collaboration with global leaders in security technology, Bosch and Hewlett Packard Enterprise, and will allow for rapid intervention in the unlikely event a person or object falls overboard.

The integrated system is part of a bigger MSC Cruises operation to further optimize security monitoring on board and will allow, among other features, for the speediest intervention in the unlikely event a person or object falls overboard. After a successful pilot phase of extensive stress-testing and continuous software upgrades, the intelligent video capturing and analysis system is now operational – initially on MSC Cruises’ latest flagship, MSC Meraviglia.

The new MSC Cruises system consists of a comprehensive shield of intelligent optical and thermal video cameras which provide nonstop comprehensive surveillance alongside the relevant exterior parts of the ship. All captured video images are streamed in real time to a Central Security Room where the video stream is monitored together with all other inputs from the 1,200 HD CCTV cameras on board the ship.

MSC Cruises’ Security Department and experts from Bosch and Hewlett Packard Enterprise have worked more than 14 months to meet demanding security requirements and create the right surveillance setup. While a key component in the surveillance infrastructure is to install highly resilient hardware (cameras, casing, and bases) that resists tough conditions at sea, a significant part of the process is to program the software in such a way it provides reliable and accurate data. In order to further increase the accuracy of the captured video images, they are processed and analyzed by two separate and independent image processing systems.

This double security system has allowed to significantly lower the error margin for false alerts – typically caused by natural movements such as waves, reflection of sun or moon, or a bird triggering the alarm. These ordinary interferences usually pose significant challenges for current shipboard CCTV technology. Through over 25,000 hours of video analysis, extensive software testing and continuous algorithmic updates, the system has now reached a confirmed accuracy level of 97%.

In case of alarm, an acoustic signal and light will alert the ship’s Security Officer in the Central Security Room who can immediately connect to the system and acquire all images and data and, if necessary, retrieve or review the relevant video images. With direct access to the ship command at the Bridge, the Security Officer can drive immediate action if necessary.

This new man overboard detection system was developed to further optimize security aspects for all guests and crew on board the ship. As MSC Cruises continues to bring to the sea some of the very latest advances in customer-centric technology as well as investments in innovative, state-of-the-art maritime technology, safety and security are central to the Company’s strategy.

The system is now operational on MSC Meraviglia and is the first of its kind in the industry. Over time, similar integrated systems will be developed and deployed across MSC Cruises’ global fleet.