The first piece of steel was cut on a new class of cruise ships for Carnival Cruise Line. The 180,000 gross ton vessel will be the largest ship in Carnival’s fleet when the ship goes into service in 2020. 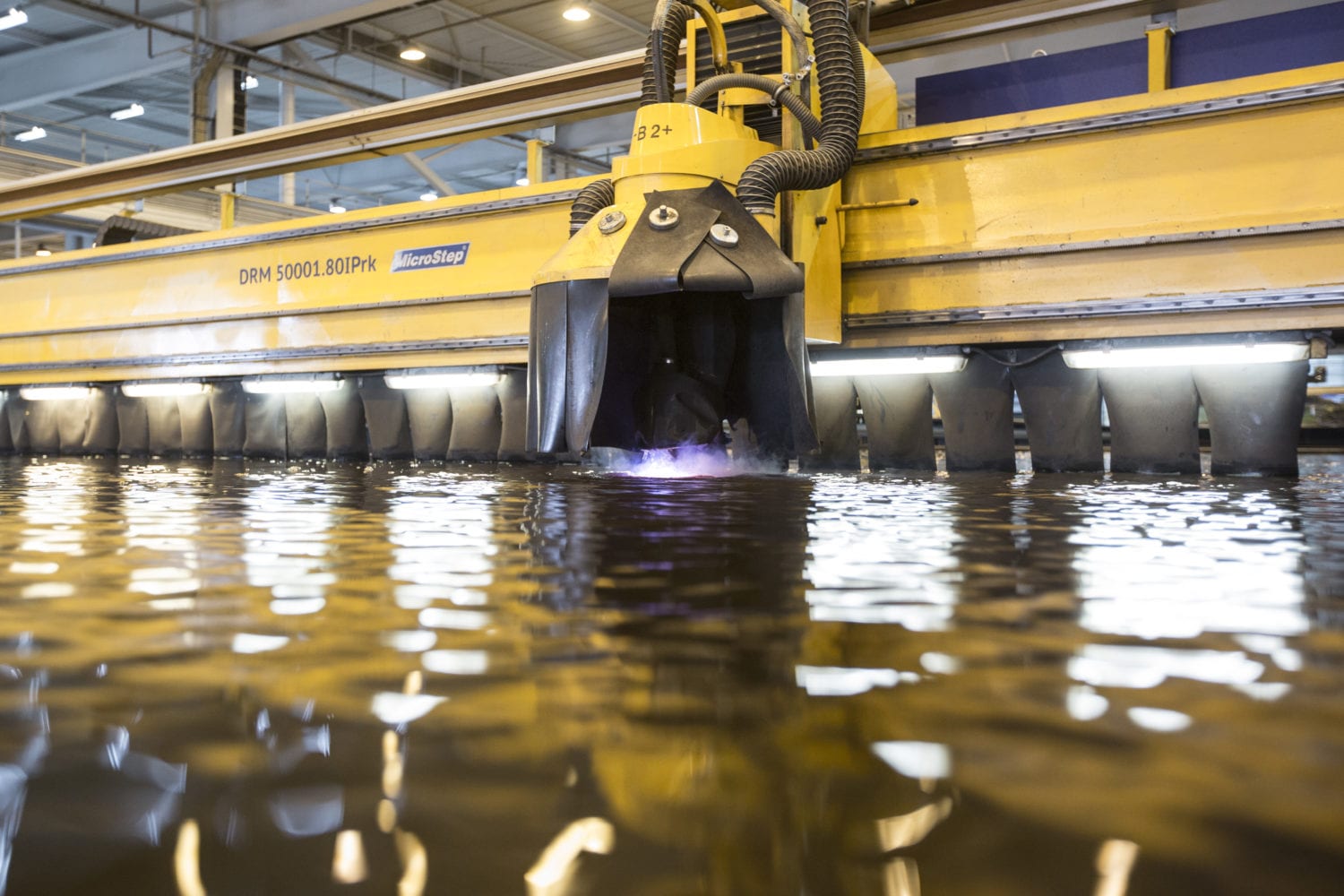 At the ceremony, the company also revealed a dramatic new red, white and blue hull design that celebrates its legacy as America’s Cruise Line and pays homage to maritime tradition. Developed by New York-based Bluarch Architecture, the design builds upon the company’s iconic color scheme that has made Carnival one of the most recognizable brands in travel and is highlighted by a stately navy blue hull inspired by officers’ uniforms along with vibrant red and white accents running the entire length of the 1,130-foot-long ship.

Following the steel-cutting ceremony, construction began on the 5,200-plus lower berth ship which will offer a variety of never-before-seen innovations and will be the first North American-based cruise ship to be powered by LNG, part of Carnival Corporation’s “green cruising” design platform.

As previously announced, the as-yet-unnamed cruise ship will operate from Port Canaveral, Fla., beginning in 2020. The ship’s name is scheduled to be revealed in early December. Details on the ship’s inaugural season are planned to be announced in January, with information on the vessel’s vast array of exciting culinary, beverage and entertainment options to be revealed later in 2019.

Christine Duffy, president of Carnival Cruise Line, gave the following statement about this new cruise ship: “This new ship promises to be truly special, from its groundbreaking technology and one-of-a-kind features to its distinctive livery and hull design that is both timeless and forward-thinking while paying tribute to our nearly 50-year history of making wonderful vacation memories for our guests.”

Cruise Fever will have all details on this new cruise ship from Carnival Cruise Line when they are announced.