Carnival Corporation has announced that they have completed the installation and certification of Exhaust Gas Cleaning Systems (EGCS) on an industry-leading 60 ships across its 10 cruise lines. 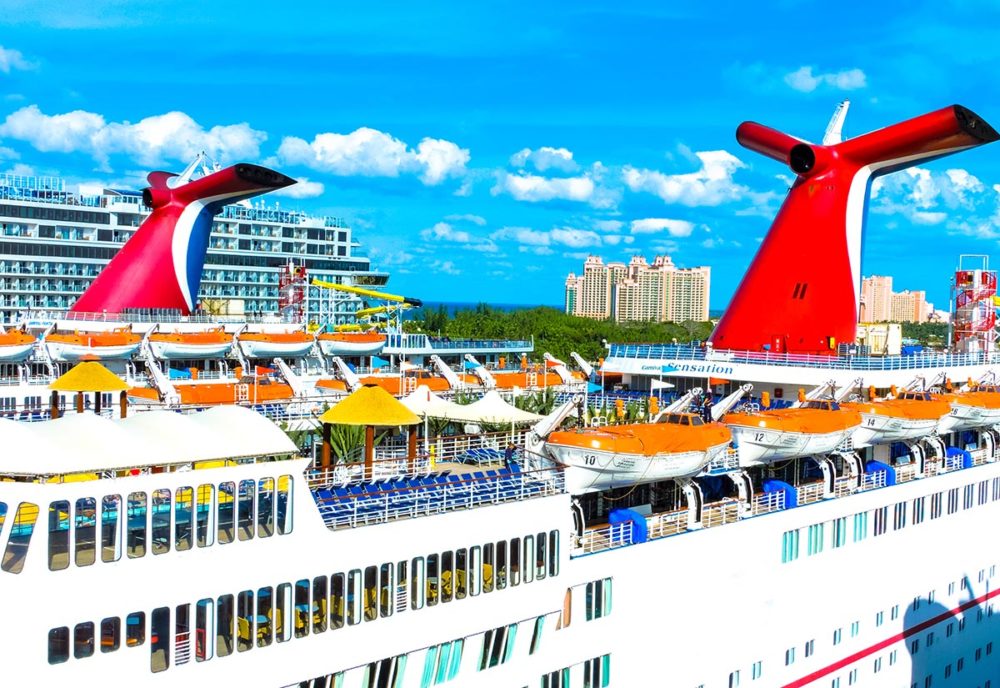 Carnival has spent $400 million so far and is on track to develop and deploy its systems on more than 85 vessels across its global fleet through 2020 – significantly improving the quality of air emissions from its ships and reinforcing its environmental commitment.

First announced in 2013, the company broke new ground in engineering a proprietary technology to successfully function in the confined spaces of a cruise ship to reduce sulfur compounds and particulate matter from a ship’s engine exhaust at any operating state of a ship – at sea, during maneuvering and in port.

The systems enable Carnival Corporation to meet international regulations that place a cap on sulfur content of fuel oil at 0.1 percent. In addition to mitigating costs for low-sulfur fuel, the systems further the company’s sustainability goals to continue reducing the intensity of carbon emissions while improving the overall quality of emissions.

Carnival Corporation pioneered adapting a proven land-based exhaust gas cleaning technology into a marine system that is suitable for the restricted spaces available on cruise ships, leading to a significant development in shipboard environmental technology.

The sulfur reduction program is in line with other proactive steps Carnival Corporation has taken to reduce its carbon footprint, including the adoption of LNG – the world’s cleanest burning fossil fuel. In 2015, AIDAsol from the company’s AIDA Cruises brand was the first cruise ship in the world to be supplied with power by an LNG Hybrid barge and, last year, the newly delivered AIDAprima became the first cruise ship to routinely use LNG with a dual-fuel powered engine while in port. By 2019, with the introduction of the first of seven fully LNG-powered vessels, Carnival Corporation will be the first cruise company in the world to use LNG to power cruise ships both while they are in port and on the open sea.

Together, these brands operate 102 ships visiting over 700 ports around the world and totaling 226,000 lower berths with 19 new ships scheduled to be delivered between 2017 and 2022.

Ben Souza
Ben is a world traveler who has visited 40+ countries and taken over 70 cruises. His writings have appeared and been cited in various media outlets such as Yahoo News, MSN, NPR, Drudge Report, CNN, Fox, and ABC News. Ben currently resides in Cincinnati, Ohio. Follow Ben on Instagram. Visit Ben Souza on Linkedin. You may email Ben at [email protected]
Cruise NewsCarnival Installs Exhaust Gas Cleaning Systems on 60 Cruise Ships
Previous article
Epic 180 Day World Cruise Visits 36 countries, 90 Ports, and 6 Continents
Next article
Enter For a Chance to Win One of Three 7 Night Cruises to the Caribbean