A Carnival Cruise Line captain and crew were recognized with the Cruise Line Humanitarian Assistance Award for a cruise ship rescue during a hurricane. 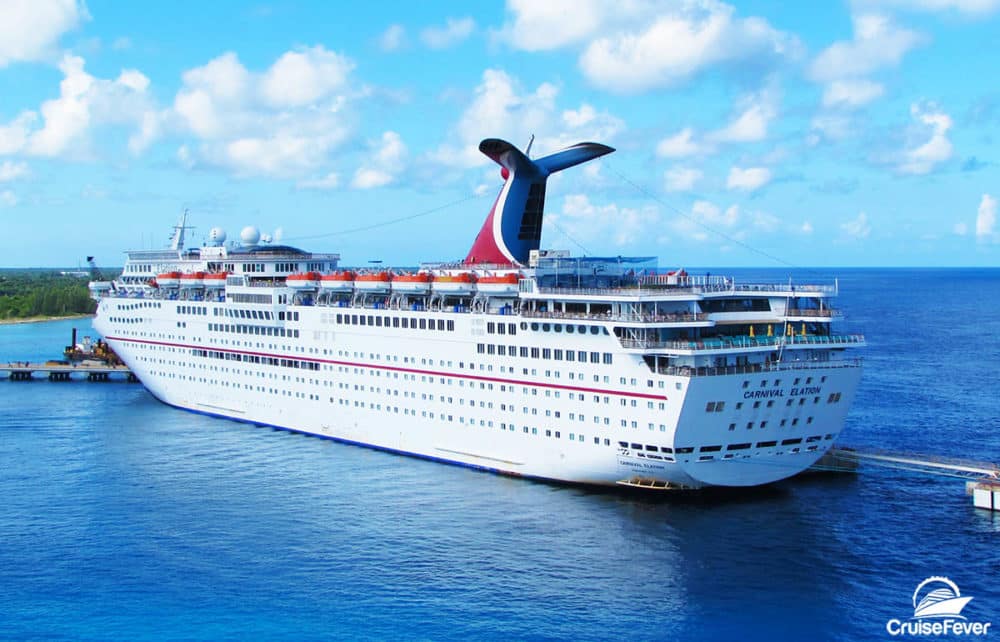 Captain Gaetano Gigliotti and the crew of the cruise ship Carnival Elation were honored for showing incredible bravery for a daring maritime rescue of a fishing boat during Hurricane Irma.

The rescued mariner, Edward Potter of Tampa, Fla., was reunited at the ceremony this week with Captain Gigliotti in a poignant and heartfelt meeting of the two seamen. 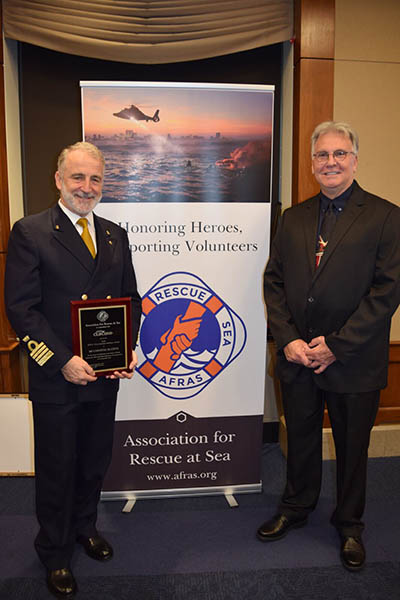 While undergoing a scheduled dry dock in Freeport, Bahamas, Carnival Elation began monitoring a storm off the coast of Africa that quickly developed into a major Category 5 hurricane. When it became clear that the storm’s path was projected directly over the Bahamas, the decision was made to move the 70,000-ton ship and seek shelter in the Gulf of Mexico.

As Carnival Elation was sailing from Hurricane Irma’s path, the ship received a relayed distress message from the U.S. Coast Guard (USCG) alerting them that a fishing boat, Captain Eddie, was taking on water approximately 60 nautical miles to the east. With Captain Eddie’s two crewmembers in dire need of assistance, Carnival Elation Captain Gigliotti and his crew immediately set out to assist in the rescue, with the U.S. Coast Guard planning to provide a helicopter to assist in the search and rescue efforts.

Navigating through treacherous conditions, 15 to 20 foot waves and sustained winds of 40 knots gusting to 60 knots, Carnival Elation, without the aid of its normal bridge systems and communication equipment due to the early departure from dry dock, stayed the course, only to be informed that the USCG could no longer provide helicopter assistance because of the dangerous wind conditions.

Nearing the fishing boat, Captain Gigliotti, using the knowledge and experience gleaned from more than three decades at sea, deemed it was too dangerous to allow a Carnival Elation rescue boat to pick up the fishermen. Instead, he chose to maneuver the ship closer to the life raft to facilitate a rescue through an open shell door in the hull. Despite high winds and heavy seas, Captain Gigliotti successfully positioned the ship alongside the life raft and several team members, ignoring the potential risk to their own lives, brought the sole survivor, Edward Potter, on board using a harness and hoisting line.

Unfortunately, Potter informed Carnival Elation team that his fellow crew member refused to abandon ship and was lost when the fishing vessel rapidly sank. Carnival Elation medical team took excellent care of him, facilitated contact with his family members and coordinated with the U.S. Embassy to ensure his timely return to the United States after the ship returned to the Bahamas.

Christine Duffy, President of Carnival Cruise Line, gave the following statement about the rescue: “Words are not enough to express our immense pride and gratitude for Captain Gigliotti and the entire Carnival Elation team for placing their own lives at risk to save the life of another.

This rescue is a shining example of true heroism and we are honored that AFRAS has recognized Captain Gigliotti and the Carnival Elation team with this prestigious award.”

Ben Souza
Ben is a world traveler who has visited 40+ countries and taken over 70 cruises. His writings have appeared and been cited in various media outlets such as Yahoo News, MSN, NPR, Drudge Report, CNN, Fox, and ABC News. Ben currently resides in Cincinnati, Ohio. Follow Ben on Instagram. Visit Ben Souza on Linkedin. You may email Ben at [email protected]
Cruise NewsCarnival Cruise Ship Honored for Rescue During Hurricane
Previous article
How Cruise Lines Keep You Safe During Hurricanes and Storms
Next article
Royal Caribbean’s 4 Day Sale on Cruises, Buy One, Get One 50% Off