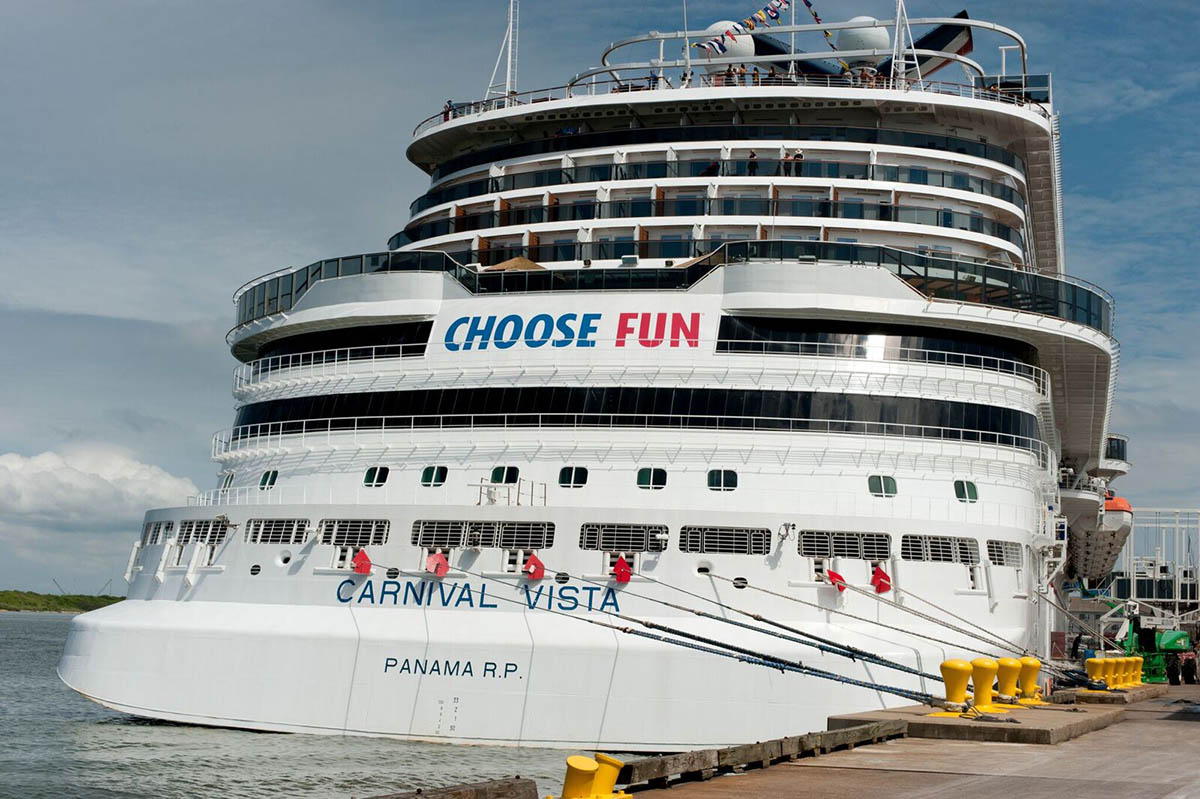 Carnival Cruise Line solidified its place as the cruise leader in Texas with Sunday’s arrival of Carnival Vista – the largest Carnival ship ever homeported in Galveston. The arrival was celebrated with Carnival Cruise Line President Christine Duffy and ship Godmother Deshauna Barber, the first member of the U.S. military to be named Miss USA, before the ship left on its first voyage from Galveston Sunday afternoon.

Carnival Vista is part of the cruise line’s newest and largest class of ships and has been wowing guests out of Miami for the past two years with new features like the SkyRide aerial bike ride, an IMAX theater, onboard brewery, two dining venues developed by Food Network star Guy Fieri, an expansive water park, and the Family Harbor accommodations with larger staterooms and lounge area.

The homecoming event was attended by local officials, travel agents and military families supported by Operation Homefront. Galveston Mayor Pro Tem Craig Brown presented Duffy with a key to the city and proclaimed Sept. 23 “Choose Fun Day” in recognition of Carnival’s brand campaign. In support of the local community, Carnival made a $10,000 donation to Houston SPCA and an additional $10,000 to the Houston Food Bank.

“Choose Fun” is a key component of Carnival’s ongoing Homeport Advantage campaign designed to heighten awareness of new ship deployments. A bumper sticker adorned with the “Choose Fun” tag line was unveiled on Carnival Vista’s stern during the event.

The Homeport Advantage campaign also included a flyover in Houston, Galveston and the surrounding area earlier this month by the Carnival AirShip, a 128-foot long red, white and blue blimp emblazoned with #ChooseFun. Consumers who posted a photo of the AirShip in social media with #ChooseFun were entered into a sweepstakes awarding free cruises and other prizes and triggering a donation to St. Jude.

Ben Souza
Ben is a world traveler who has visited 42 countries and taken over 50 cruises. His writings have appeared and been cited in various media outlets such as Yahoo News, MSN, NPR, Drudge Report, CNN, Fox, and ABC News. Ben currently resides in Cincinnati, Ohio. Follow Ben on Instagram. Visit Ben Souza on Linkedin. You may email Ben at [email protected]
Cruise News Carnival Cruise Ship Arrives in New Homeport of Galveston
Previous article5 Things You’ll Only Find on Carnival Cruises
Next articleCarnival Cruise Line Brings Back $50 Deposits Until Saturday