Anthem of the Seas Voted Best New Cruise Ship in 2015

Royal Caribbean’s Anthem of the Seas was voted the best new ocean cruise ship in 2015 in the 3rd annual Cruise Fever Fan Awards. 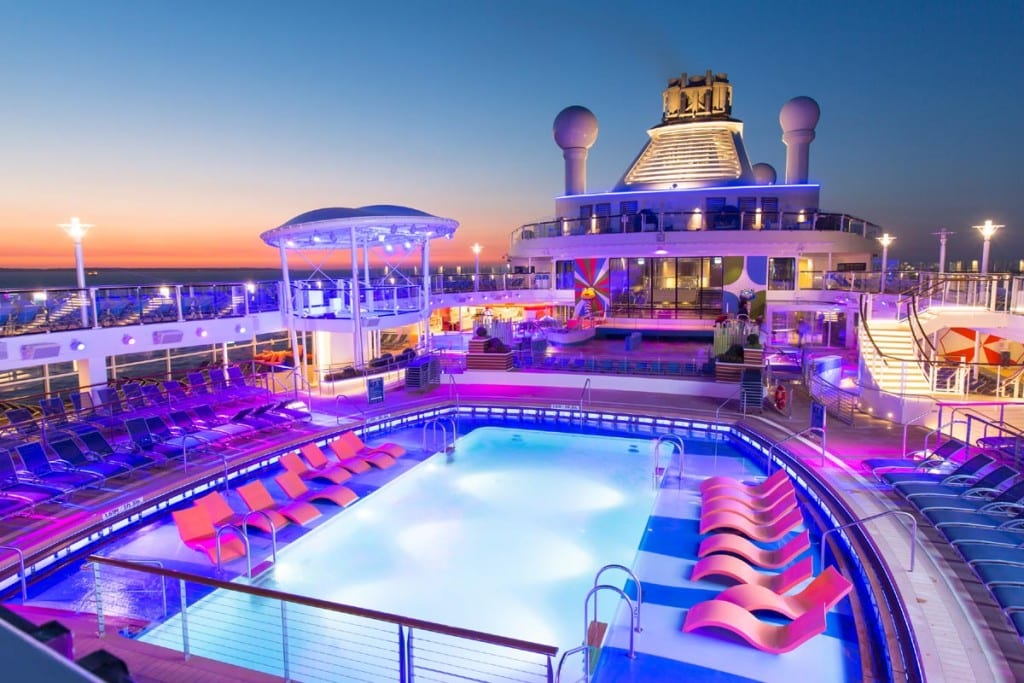 Anthem of the Seas is the 2nd Quantum class ship from Royal Caribbean and debuted in the spring of 2015.  After a season in Europe, Anthem of the Seas is now based out of Cape Liberty Cruise Port in Bayonne, New Jersey and sails a variety of itineraries to the Caribbean.  The ship has all of the groundbreaking features that Quantum of the Seas brought to the cruise industry including robotic bartenders, a skydiving simulator, the Two70 Lounge, and the versatile Seaplex. Anthem of the Seas features 18 different restaurants on board that will satisfy every appetite.

Norwegian Escape, the first Breakaway Plus ship from Norwegian Cruise Line, finished second in voting.  Norwegian Escape is the currently the newest cruise ship sailing to the Caribbean entering service in November.  The 4,000 passenger ship has 28 dining options, the largest waterpark at sea, Broadway entertainment, and studio staterooms for solo passengers.

Voting took place on CruiseFever.net and concluded on November 30, 2015.  Multiple votes from the same IP address were discarded.

Ben Souza
Ben is a world traveler who has visited 42 countries and taken over 50 cruises. His writings have appeared and been cited in various media outlets such as Yahoo News, MSN, NPR, Drudge Report, CNN, Fox, and ABC News. Ben currently resides in Cincinnati, Ohio. Follow Ben on Instagram. Visit Ben Souza on Linkedin. You may email Ben at [email protected]
Cruise NewsAnthem of the Seas Voted Best New Cruise Ship in 2015
Previous article
Royal Caribbean Adds Charges to Popular Activities on Quantum of the Seas
Next article
Half Moon Cay Voted Best Cruise Private Island for 3rd Straight Year