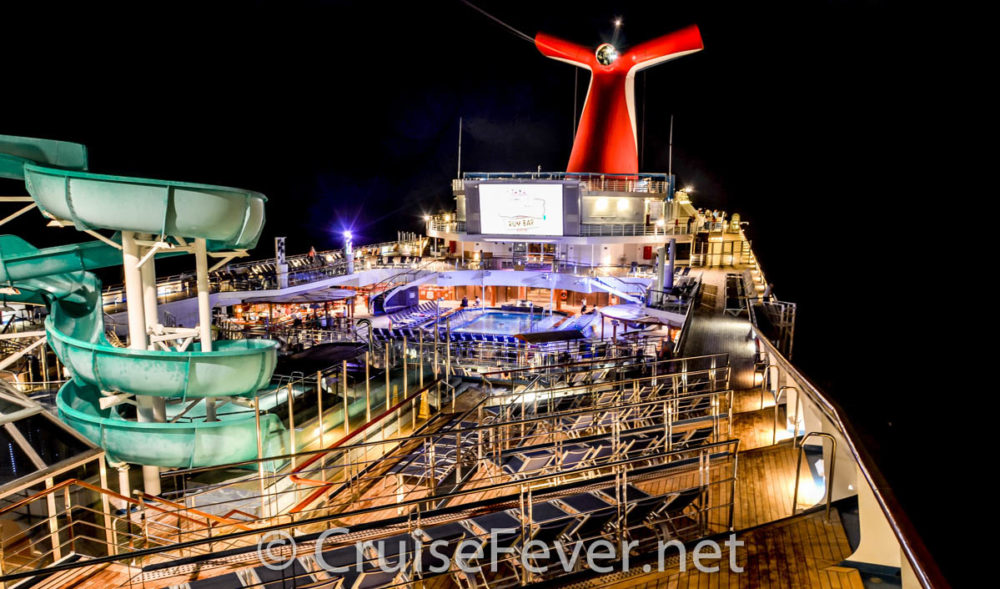 An exclusive partnership between Spike TV and Carnival Cruise Line, Lip Sync Battle Carnival is an authentic recreation of the popular show where contestants can live out their music-star fantasies, facing off in a head-to-head competition to create the most unforgettable lip sync performances to iconic and popular songs.  The experience is enhanced by elaborate props and costumes, high-tech lighting and sound effects, and talented back-up dancers from Carnival’s popular Playlist Productions shows, along with an authentic backdrop featuring the Lip Sync Battle signature marquee and DJ booth.

Lip Sync Battle Carnival will first debut on Carnival’s newest and largest cruise ship, Carnival Vista, in December.  The program will be rolled out to select cruise ships throughout 2017.  Ships that will be receiving Lip Sync Battle will be announced at a later time.

Christine Duffy, President of Carnival Cruise Line, gave the following statement: We’re delighted to offer this exciting new entertainment activity to our guests,” said Christine Duffy, president of Carnival Cruise Line. Lip Sync Battle Carnival takes the brand’s participatory fun to the next level, providing our guests with a chance to showcase their talents and demonstrate their creativity with their fellow guests cheering them on.”

The contestants will be chosen at the beginning of their cruise following rounds of competitions on the Lido Deck to see who has what it takes to be a star. Two finalists will be selected based on their enthusiasm, originality and creativity and they will each have an opportunity to fine tune their performance working with Carnival’s on-board entertainment experts to map out choreography, and select their sets, props and accessories.

Then, it’s showtime!  Following a custom video by “Lip Sync Battle” hosts and a rousing introduction from the ship’s cruise director, finalists are asked to showcase their lip sync skills, selecting from a list of more than 200 songs – from pop to rock and just about everything in between.

The second round takes lip syncing to a whole new level with a full-scale production – costumes, sets and lighting — during which the finalists recreate a scene from an iconic music video offering their own unique interpretation of the popular song which can be chosen from a variety of music genres.  After the performance, the winner will be selected by an audience vote and receive a special prize unique to the reality show.

For more information about this new program from Carnival Cruise Line, visit Carnival.com for more details.