As locals in Grand Cayman debate over a cruise pier that will eliminate tendering, Cayman 27 is reporting about a cable car concept as a valid alternative to a new pier. 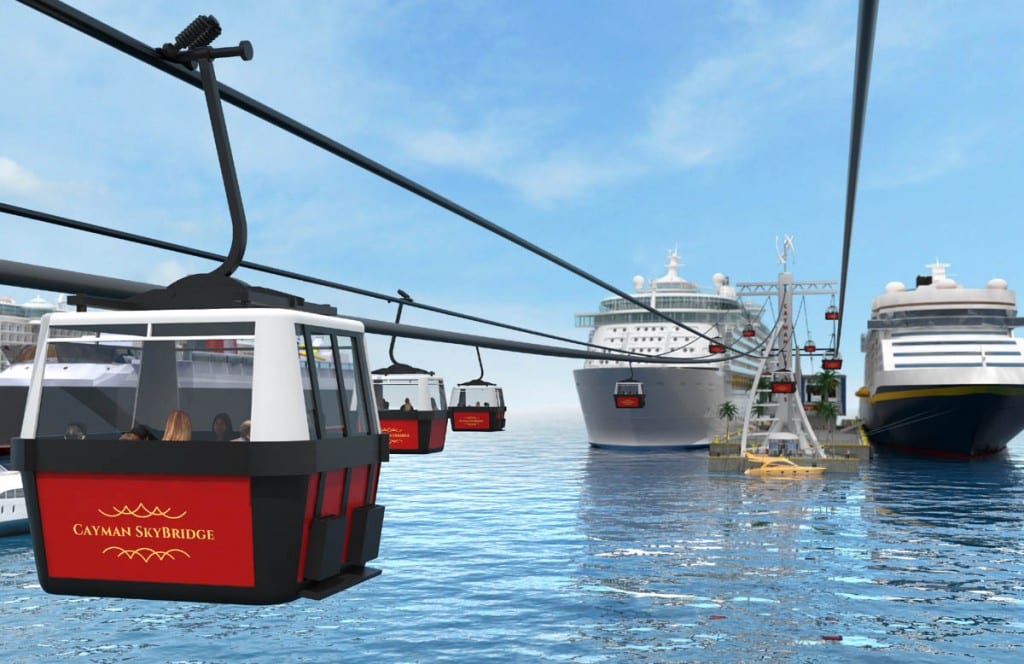 The cable car concept is called Cayman’s Sky Bridge, and is the idea of James Whittaker, CEO of GreenTech Group.  He said that his design can provide berthing facilities for up to four cruise ships at a time, preserving the coral reefs that are feared to likely be destroyed if a pier is built.  He said the system is a proved technology and gave the following statement to Cayman 27:

“You’re traversing people through the air from terminals that are out in the water, at depths that make sense in terms of not stirring up turbidity and not having silt issues, and not having to damage the reefs transporting them to the port, and doing so in quite a rapid manner.”

The cable car system would be able to transport up to 20,000 cruise passengers per hour on the four lines, making it a faster alternative to tendering.  The berthing would also be able to hold the largest cruise ships in the world, the Oasis class from Royal Caribbean.  The Oasis class ships have bypassed stopping at Grand Cayman due to their size and the number of passengers that would need tendering.

The plans also include an underwater viewing area where cruise passengers would be able to view the reefs and ocean life. 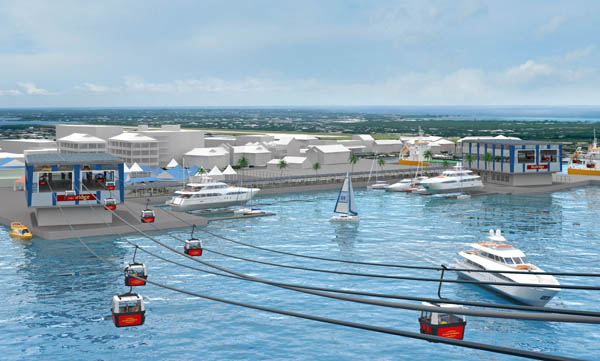 This plan will appeal to those on Grand Cayman who are worried about the environmental damage that dredging a new cruise pier would have on the coral reefs. During inclement weather, the cable cars would be stowed away in the terminal building for their protection. 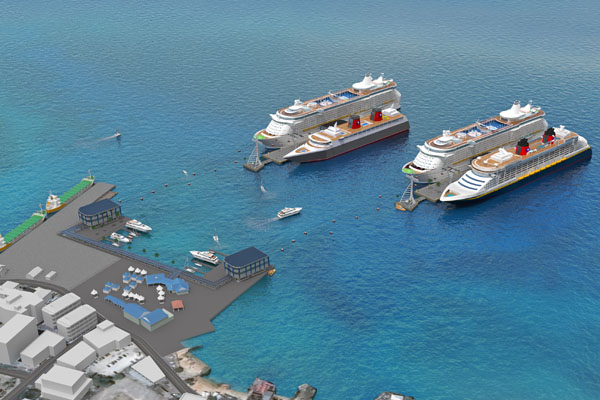 Will Cayman’s Sky Bridge be approved? Only time will tell on that, but Cruise Fever will have the latest when a decision is announced.