Are Today’s Cruise Ships Too Big to Be Safe?

Cruise ships are a lot bigger than they used to be.  In fact, in the last 10 years cruise ships have increased 50% in size in terms of gross tonnage.  So with some cruise ships being able to hold almost 9,000 people, including passengers and crew, does the capacity of these ships make it harder to perform evacuation procedures? 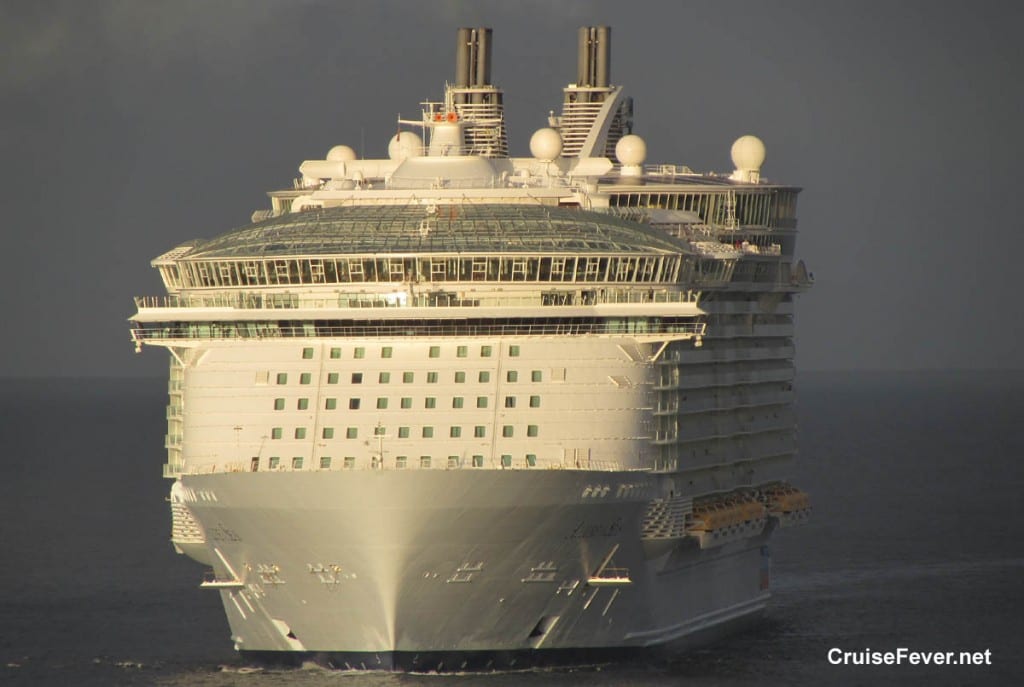 First, it should be noted that the Costa Concordia wreck was almost 100% human error.  The ship was way too close to the shore, the captain did not order the abandon ship until after an hour and a half after the ship hit the rocks, and the passengers were not ushered onto the lifeboats in a timely manner.

Even though the captain’s lawyer exclaims that the man is a hero for steering the ship closer to the shore after the accident, the simple truth of the matter is that the Costa Concordia never should have been that close to the shore in the first place.

What other cruise liner disasters can you think of other than the Titanic?  Over 20 million people cruise safely every year, and it’s only when something out of the ordinary happens that you hear about it.

So how are the larger cruise ships safer?  When we talk about large cruise ships Royal Caribbean’s Oasis of the Seas and Allure of the Seas have to come up.  They can each hold almost 5,500 passengers and over 2,000 crew members, and there are some people that think a larger cruise ship will never be built.  Time will tell on that one.    But in cases of emergency these ships offer more ways to evacuate and larger lifeboats than any of the smaller ships.

Some of today’s large cruise ships also offer some of the most state-of-the-art safety features that allow for a more care-free experience.  Along with better safety guidelines and better technology for determining the depth of the water along with many other things, new regulations are being put into place for muster drills to take place while the ships are still in port.

You might think that bigger cruise ships present bigger challenges when it comes to getting everyone off the ship in case of an emergency, but with many more exits and lifeboats to accommodate each person, cruise lines can get everyone off the ships well before the 30 minute mark, which is the international safety standard.  This would have been very doable had the captain of the Concordia ordered the abandon ship sooner.  The problem was that the ship was listing so bad after the order was given that some of the lifeboats could not be used.

With more control and technology these ships can offer both comfort of body and peace of mind as you cruise the open seas.  The bigger factor in cruise ship safety is the cruise line’s commitment to safety and the competence of the captain and crew.

Got a comment?  Let us know with a reply to this post below.  We’d love to hear from you on this one.

J. Souza
Jon got hooked on cruising after his first cruise on his honeymoon, and today he is always looking for cruise deals and reading information about the cruise industry. Jon lives in the foothills of North Carolina and wishes there were a cruise port that far inland. Jon can be reached at [email protected]
OpinionAre Today’s Cruise Ships Too Big to Be Safe?
Previous article
Norwegian Nearing $3 Billion Deal to Acquire Luxury Cruise Lines
Next article
Video: Bionic Bar on the Quantum of the Seas