The Disney Magic rescued a passenger who went overboard on Royal Caribbean’s Oasis of the Seas off of the coast of Cozumel, Mexico early yesterday morning according to a report by Milenio. 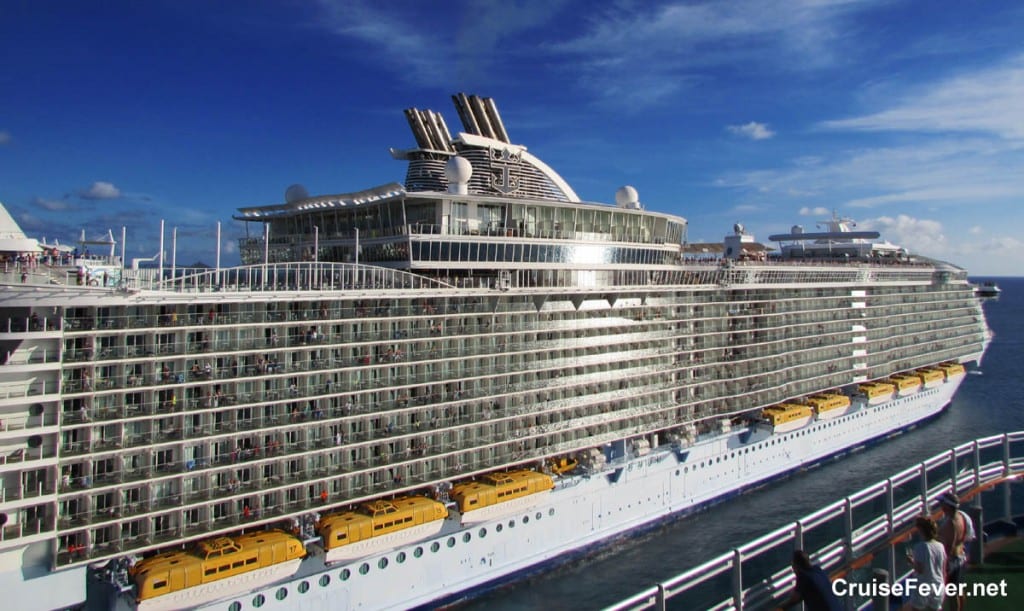 Frank Jade, an American passenger on Oasis of the Seas, said that he was on the bow of the ship early in the morning when a large wave caused him to go overboard and into the water. The incident occurred around 8.1 miles off of the coast of Cozumel and he said that there were no witnesses to him going into the water.

He was spotted in the water at approximately 7:00 a.m. by a passenger on the Disney Magic which was following behind the Oasis on a similar route to Cozumel. A  life boat was quickly lowered and Mr. Jade was rescued from the water.

He was transferred to a private medical clinic for care after docking at Punta Langosta and is now in stable condition in a hospital in Cozumel with no serious injuries.

The Captain of the Port of Cozumel, Alfonzo Rodriguez Loaiza, said that there was no report of a man overboard from any cruise ships that morning.

The Oasis of the Seas, the second largest cruise ship in the world, is currently on a 7 night cruise to the Western Caribbean with stops in the ports of Labadee, Haiti; Falmouth, Jamaica; and Cozumel, Mexico.  The ship is scheduled to arrive back in Port Everglades on Saturday morning.