Viking Releases Additional Cruises for Bookings on the Mississippi River

Viking has announced that new 2023 cruises on the Mississippi River are now open for bookings.

The cruise line’s first custom vessel, Viking Mississippi, will debut in August 2022 and will sail voyages on the Lower and Upper Mississippi River, between New Orleans and St. Paul. Viking’s first river cruises in the U.S. had been highly anticipated when they were officially announced in April 2020, and several sailings have already sold out. This strong demand has led Viking to open additional 2023 sailing dates sooner than originally expected.

America’s Great River (15 days; New Orleans to St. Paul)—Experience nearly the entire length of the Mississippi River on this incredible journey from the Gulf of Mexico to the northernmost reaches of the U.S. Relax and enjoy the variety of scenery, foliage and wildlife on this leisurely voyage. Enjoy Southern charm and beautifully preserved homes in Natchez; retrace the steps of Civil Rights leaders in Memphis; ascend the Gateway Arch in St. Louis; and visit “The Norwegian Valley” in La Crosse. Multiple sailing dates now available in June, September and October 2023. Pricing starts at $10,999 per person, with discounted airfare from $199 per person.

America’s Heartland (8 days; St. Louis to St. Paul)—From pristine farms nestled in rolling terrain to steep bluff rising from tributaries dotted with wooded islands, the Upper Mississippi offers a rich tapestry of beauty upon every turn of the river. This journey introduces you to the unforgettable experience of the locks and dams that control the flow of the heartland rivers. Hear stories of settlers migrating west; learn about Lewis & Clark, Mark Twain, John Deere and the Amish and Norwegian migrations; experience the regional music like polka and Norwegian folk; and taste regional cuisine showcasing local beer, produce and Wisconsin cheese. Multiple sailing dates in August and September 2022; additional sailing dates now available in July, August and September 2023. Pricing starts at $4,599 per person, with discounted airfare from $199 per person.

Heart of the Delta (8 days; New Orleans to Memphis)—This journey on the Lower Mississippi is infused with American history, culture and heritage. Tour the area where the migrating French and Acadians settled; immerse yourself in the culture and lessons from the American Civil Rights Movement; discover the music of the South—jazz, blues and gospel; and experience the life and food culture of the south, from Cajun and Creole to the famed “dry” Memphis BBQ. Multiple sailing dates in October and November 2022; additional sailing dates now available in May and June 2023. Inaugural pricing starts at $4,199 per person, with discounted airfare from $199 per person.

Hosting 386 guests in 193 all outside staterooms, the new state-of-the-art Viking Mississippi is inspired by Viking’s award-winning river and ocean ships and will feature clean Scandinavian design, as well as public spaces that are familiar to guests but that have been reimagined for Mississippi River voyages. Purpose-built for the Mississippi and currently under construction in Louisiana, the five-deck ship’s cutting-edge design, expansive windows and comfortable amenities will make it the most modern cruise ship in the region.

Cell Phone Costs on a Cruise

Why 2022 Will Be An Exciting Year for Viking Cruises

Viking continues to reinvent cruises and next year will be no different. 2022 will be an exciting year for the cruise line as they...
Read more
Viking Cruises

Why 2022 Will Be An Exciting Year for Viking Cruises

Viking continues to reinvent cruises and next year will be no different. 2022 will be an exciting year for the cruise line as they...
Read more
Viking Cruises

I am currently on back to back sailings with a group of media on Viking Sky sailing the cruise line's new "Iceland's Natural Beauty"...
Read more 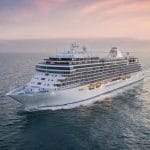 Ben Souza - September 16, 2021
Regent Seven Seas Cruises became the latest cruise line to resume service when one of their cruise ships began sailing with passengers for the... 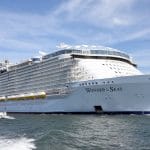 Ben Souza - September 15, 2021
Royal Caribbean has announced that the world's largest cruise ship, Wonder of the Seas, will now debut in Fort Lauderdale, Florida in the spring...