Royal Caribbean has announced plans to keep Quantum of the Seas, the world’s first smart ship, in Singapore until at least April 2021. 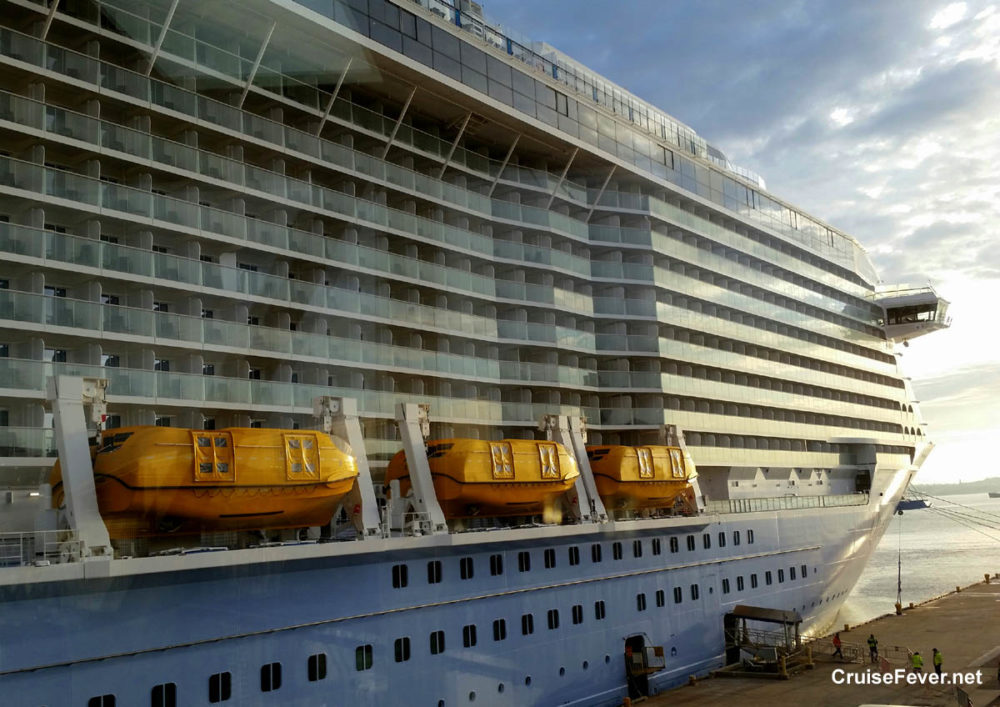 The additional season of seven months will be the cruise line’s longest ever Singapore deployment for a Quantum Class ship. Sailings onboard Quantum of the Seas for the 2020/21 season will open for sale the week of June 3, 2019.

The announcement was made during a celebration for the arrival of the cruise line’s newest and largest cruise ship in Asia, Spectrum of the Seas. The first in Royal Caribbean’s newest Quantum Ultra class of ships, purposefully designed for the Asia market, her arrival marks the start of Royal Caribbean’s Double Quantum Year in the region, with both Spectrum and Quantum of the Seas sailing from Singapore in 2019.

Quantum of the Seas’ Homeporting Seasons in Singapore

Scheduled to return in November 2019, Quantum of the Seas will first see 34 sailings during the six months from November 2019 to April 2020. The ship will then return for a longer season in October 2020, with a total of 40 sailings over seven months till April 2021– the cruise line’s longest ever Singapore deployment for a Quantum Class ship.

The smart ship Quantum of the Seas currently offers the ‘North Star’, an observation capsule that rises 92 metres over the ocean; ‘Two70’ – a hi-tech entertainment venue; cocktails served by robots at the ‘Bionic Bar’; skydiving and surfing experiences; and ‘SeaPlex’, the largest indoor activity space at sea – housing a basketball court, roller-skating, bumper cars and more. The ship also boasts 18 dining venues with cuisines from around the globe, including imaginative cuisine at Wonderland and Jamie’s Italian by celebrity chef Jamie Oliver.

Ben Souza
Ben is a world traveler who has visited 40+ countries and taken over 70 cruises. His writings have appeared and been cited in various media outlets such as Yahoo News, MSN, NPR, Drudge Report, CNN, Fox, and ABC News. Ben currently resides in Cincinnati, Ohio. Follow Ben on Instagram. Visit Ben Souza on Linkedin. You may email Ben at [email protected]
Cruise NewsRoyal CaribbeanRoyal Caribbean Keeping Quantum of the Seas in Singapore for an Extra...
Previous article
Why Going on a Disney Cruise Without Kids is a Great Idea
Next article
Carnival Cruise Ship Rescues Man from Sinking Boat Near Cozumel