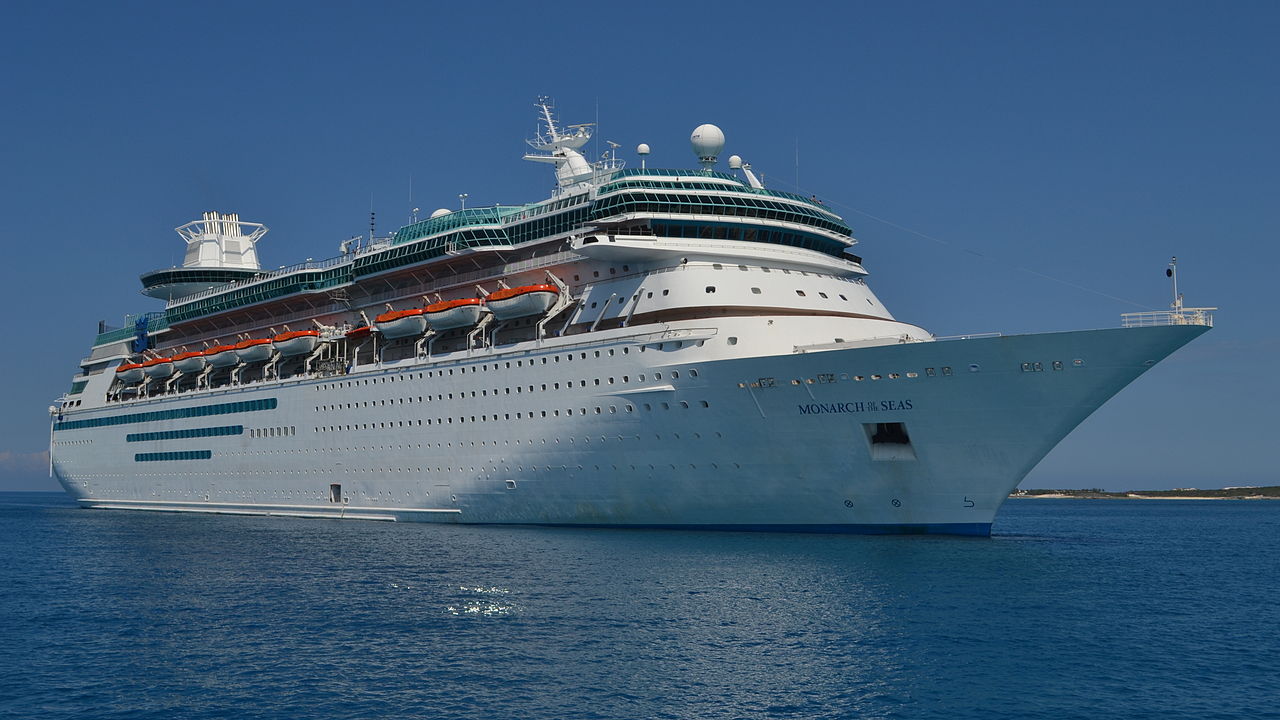 Here are nine former Royal Caribbean cruise ships and where they are now.

Royal Caribbean’s second cruise ship went into service in 1971.  This 18,346 gross ton ship was one of the first modern purpose built cruise ships. After sailing under the names Carousel, Aquamarine, and Arielle, the ship was scrapped in 2015.

The last of three original cruise ships ordered by Royal Caribbean, Sun Viking spent 26 years sailing with Royal Caribbean. After sailing under multiple cruise lines, the ship currently serves as a gambling ship in Hong Kong and operates under the name Oriental Dragon.

Due to strong demand for Royal Caribbean cruises, Royal’s fourth cruise ship was built double the size (37,584 gross tons) of their first three ships.  Song of America spent 17 years with Royal Caribbean and is currently owned and operated by Celestyal Cruises under the name MS Celestyal Olympia.

Royal Caribbean purchased the ship in 1990 and renamed the vessel Viking Serenade. The ship was a former ferry that was converted to a cruise ship in early 1991.  After 12 years in service, the ship was transferred to a subsidiary of Royal Caribbean Island Cruises.  The ship was scrapped in 2018 after sailing as Ocean Gala.

The first of three Sovereign class cruise ships (only Majesty of the Seas is still with Royal Caribbean), the ship spent 20 years sailing with Royal Caribbean. The vessel was the largest cruise ship in the world to be built since the Queen Elizabeth. The ship was transferred to Pullmantur Cruises in 2008 and currently sails with the cruise line.

The second of three Sovereign class ships, Monarch was the first major cruise ship to be captained by a woman, Karin Stahre-Janson.  In 2013, the ship was transferred to Pullmantur Crusies and currently sails under the name Monarch.

Splendor of the Seas was the second Vision class ship from Royal Caribbean and spent 20 years sailing under Royal Caribbean.  The ship currently sails under the name Marella Discovery and is operated by Marella Cruises.

The first Vision class ship from Royal Caribbean, the ship now sails with Marella Cruises under the name Marella Discovery II.   Legend of the Seas is the most traveled cruise ship in Royal Caribbean’s history.

Ben Souza
Ben is a world traveler who has visited 40+ countries and taken over 70 cruises. His writings have appeared and been cited in various media outlets such as Yahoo News, MSN, NPR, Drudge Report, CNN, Fox, and ABC News. Ben currently resides in Cincinnati, Ohio. Follow Ben on Instagram. Visit Ben Souza on Linkedin. You may email Ben at [email protected]
Miscellaneous9 Former Royal Caribbean Cruise Ships and Where They Are Now
Previous article
Straight A’s for AquaClass on Celebrity Cruises
Next article
Cruise Line Partners with Luggage Forward to Make Traveling Easier