Carnival Cruise Line is putting the finishing touches on their cruise ship float that will be in the Rose Parade on January 1, 2019. 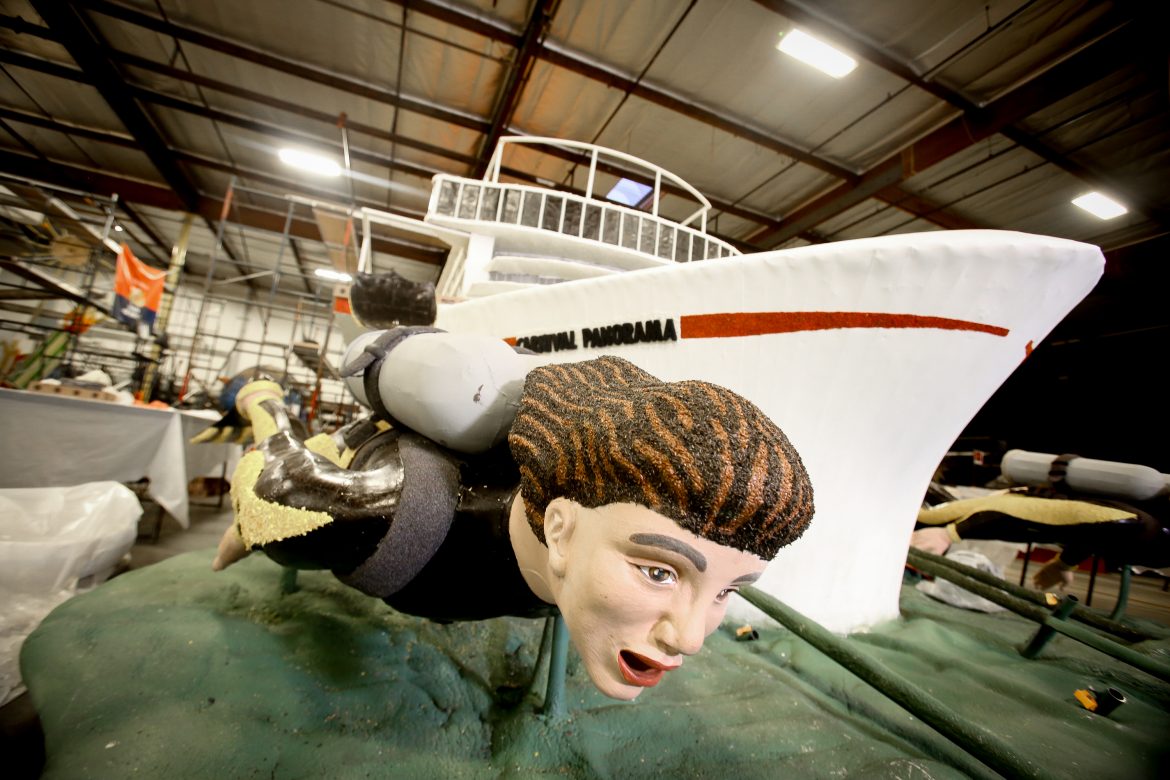 The float, which will make its debut in front of more than 700,000 onlookers along the parade route and an estimated 80 million television viewers as it cruises down the five-mile parade route on Tuesday, January 1, is a detailed replica of Carnival’s first new ship on the West Coast in 20 years, Carnival Panorama, scheduled to enter service in December 2019.

Comprised of tens of thousands of flower petals from more than 100 countries representing Carnival’s diverse team of employees, the float showcases several of the line’s signature design features including the iconic red and blue funnel, water park and Lido Deck party. The float will also include a new feature debuting on Carnival Panorama, Sky Zone, the first trampoline park at sea, with a working trampoline and jumpers in the front of the float.

Additionally, the float will salute the brave members of the Armed Forces with a special appearance by former Miss USA and Carnival Vista Godmother Deshauna Barber.