Carnival Cruise Line christened their newest ship this weekend, Mardi Gras, in what was the first naming ceremony in the U.S. in almost two years. 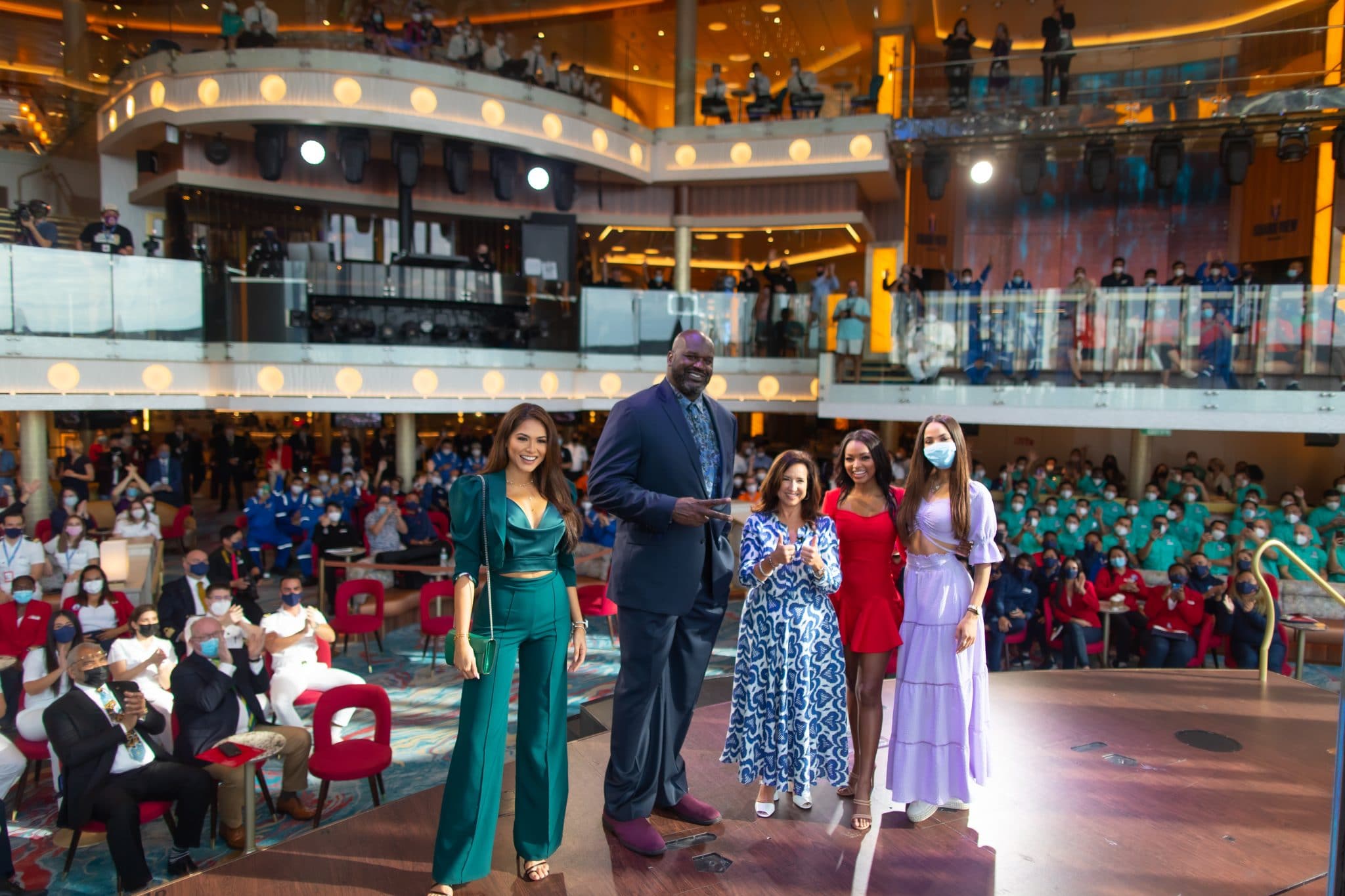 Shaquille O’Neal, Carnival’s Chief Fun Officer, attended the festivities and cut the ribbon on his first Big Chicken restaurant at sea, which debuted on Mardi Gras when the ship began cruise operations on July 31.  Read: Cruise Review of Mardi Gras

Kimberly Jimenez, Miss Universe, Dominican Republic, served as the ship’s Godmother and officially named the ship, and she was joined by Miss Universe, Andrea Meza, and Miss USA, Asya Branch, who sang the national anthem. The event included a “World of Nations” flag procession to celebrate the 120 nationalities of Carnival crew members, as well as a Mardi Gras parade with a Second Line Band.

“Today’s naming ceremony of our flagship Mardi Gras, the first in the industry since our restart of operations, signifies excitement and optimism as we look to bring our entire fleet back into guest service by spring 2022,” said Christine Duffy, president of Carnival Cruise Line. “This ship has been amazing guests during her pre-inaugural season and the celebration today with our Chief Fun Officer Shaq, our Godmother Kimberly, and so many special guests, was extremely gratifying and emotional.”

Godmother Jimenez blessed the ship in both English and her native Spanish, and the traditional champagne bottle break was activated, officially naming the ship. A special Mardi Gras parade led by Duffy, Donald, and O’Neal capped off the festivities in honor of the ship’s name.

Mardi Gras is the first cruise ship in the Americas to be powered by environmentally friendly Liquefied Natural Gas (LNG), as well as the first to include a roller coaster. The 180,000-ton ship features six distinct themed zones with a wide range of food, beverage, and entertainment options, including restaurants by Lagasse, Fieri, O’Neal, and Rudi Sodamin. Mardi Gras departs from Port Canaveral on weekly Eastern and Western Caribbean cruises.