Carnival Corporation has signed an addendum with Port Everglades that will extend their contract with the port until the year 2030.  Port Everglades is one of the top three busiest ports in the world.  Currently, seven of Carnival Corporation’s brands – Carnival Cruise Line, Holland America Line, Costa Cruises, Cunard Line, P&O Cruises UK, Princess Cruises and Seabourn – sail to/from the port with 28 different ships accounting for a combined average of more than 300 calls at the port each year. 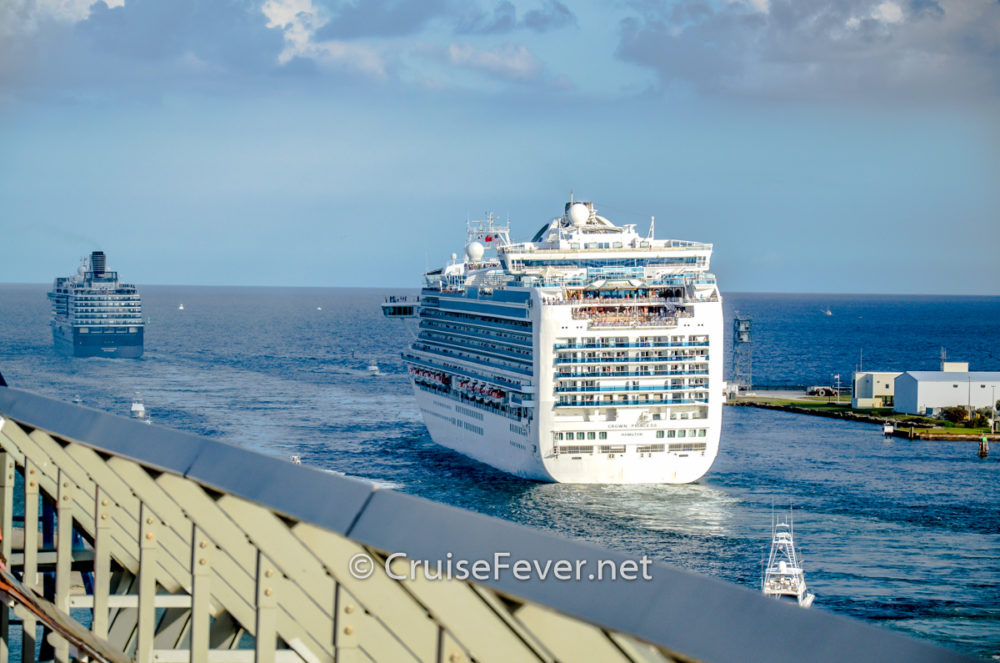 The addendum builds on the landmark 15-year agreement reached in 2010 with the Broward County Board of County Commissioners and furthers Carnival Corporation’s commitment to Port Everglades, which overall has more than 3.6 million multi-day cruise passengers a year. Overall, the agreement and business generated from Carnival Corporation’s brands operating at Port Everglades produces a significant positive economic impact for the port and county.

As part of the addendum, Carnival Corporation will have preferential use of Cruise Terminal 4, which reopened last year after $24 million worth of renovations and upgrades designed for greater efficiency and guest convenience.

Additionally, the port is currently undertaking an estimated $13.6 million slip extension project on Terminal 4, expected to be complete by the middle of 2017, that will lengthen the slip to accommodate larger cruise ships.

“Carnival Corporation is a critical Port Everglades partner, and its many unique cruise line brands offer guests sailing into and out of our port with a wide variety of cruise experiences and itineraries. Carnival Corporation has a strong, long-standing presence in the Broward County community, and the additional five years included in the agreement reinforces that commitment. We look forward to welcoming the newest member of Holland America Line’s fleet, ms Koningsdam, to our sunny shores in November.”

Furthering its dedication to the port, the company will add a second ship from its Carnival Cruise Line brand, Carnival Splendor, to sail from Port Everglades during the 2017 summer season. In addition to Carnival Cruise Line, six more of Carnival Corporation’s 10 global cruise line brands currently carry nearly a million and a half passengers to and from Port Everglades each year. These brands include Holland America Line, Costa Cruises, Cunard Line, P&O Cruises UK, Princess Cruises and Seabourn. The seven Carnival Corporation brands and 28 different ships account for a combined average of more than 300 calls at the port each year.

As part of the original agreement, the port undertook a $54 million cruise terminal renovation project to make significant improvements to four existing cruise terminals to accommodate ships from Carnival Corporation’s fleet of global cruise line brands. Enhancements made as part of the project included features to enable simultaneous embarkation and debarkation processes, including two passenger loading bridges, separate and larger baggage halls and improved ground transportation areas. As part of the extension, Carnival Corporation and Port Everglades will engage in discussions to examine the opportunity for possible further improvements to Cruise Terminal 21 to accommodate Carnival Corporation’s newest class of ships.

Ben Souza
Ben is a world traveler who has visited 40+ countries and taken over 70 cruises. His writings have appeared and been cited in various media outlets such as Yahoo News, MSN, NPR, Drudge Report, CNN, Fox, and ABC News. Ben currently resides in Cincinnati, Ohio. Follow Ben on Instagram. Visit Ben Souza on Linkedin. You may email Ben at [email protected]
Cruise NewsCarnival Extends Agreement with Port Everglades
Previous article
First Impressions of Norwegian’s Pride of America
Next article
Study: Cruises Are More Fun Than Ever Before