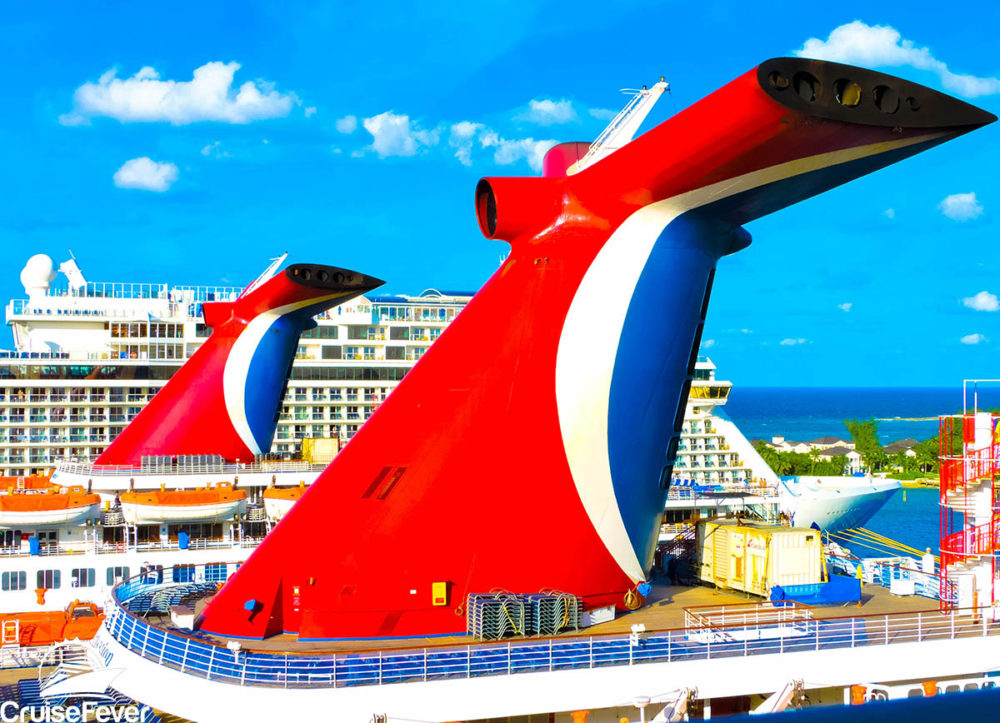 1. Carnival Cruise Line was founded by Ted Arison, an entrepreneur who took a converted transatlantic ocean liner and started his dream of making a cruise vacation accessible and affordable for everyone.

2. The very first cruise on a Carnival cruise ship began with the ship running aground on a sandbar just outside of Miami, Florida in 1972. The ship was Mardi Gras and future sailings went much more smoothly.

4. The first ship that was custom built for Carnival was Tropicale.  The construction of the ship kicked off the beginning of a multi billion dollar shipbuilding boom that helped propel the cruise industry into what it is today.

5. More passengers sail with Carnival Cruise Line than any other cruise line in the world.

6. Carnival was the very first cruise line to run commercials on network TV. Kathie Lee Gifford (then Johnson) starred in the commercials that ran in 1984.

7. Carnival was the first cruise line to build a cruise ship (Carnival Destiny) over 100,000 gross tons in size.  The ship has now been rebranded as Carnival Sunshine.

8. No other cruise line in the world has more cruise ships (25) in service than Carnival Cruise Line.

9. There are currently 36,500 crew members working on board Carnival Fun Ships.

10. Within 15 years of Carnival’s first voyage, the cruise line earned the distinction as “Most Popular Cruise Line in the World”, a title that Carnival still carries in 2017.

11. In the aftermath of Hurricane Katrina, Carnival Holiday, Carnival Ecstasy, and Carnival Sensation were chartered by the U.S. government for six months to serve as temporary housing.

12. In 2004, Carnival Cruise Line called for the development of the “Pinnacle Project”, a 180,000 gross ton prototype that at the time would have been the largest cruise ship in the world.  The project never came to fruition.

Ben Souza
Ben is a world traveler who has visited 40+ countries and taken over 70 cruises. His writings have appeared and been cited in various media outlets such as Yahoo News, MSN, NPR, Drudge Report, CNN, Fox, and ABC News. Ben currently resides in Cincinnati, Ohio. Follow Ben on Instagram. Visit Ben Souza on Linkedin. You may email Ben at [email protected]
Miscellaneous12 Things You Didn't Know About Carnival Cruise Line
Previous article
Carnival Offering Free Cabin Upgrades and $50 in Onboard Credit
Next article
Carnival Resuming Cruises out of Puerto Rico