Do you dread having to get off the cruise ship at the end of your cruise?  Eighty-seven year old Lee Wachtstetter doesn’t have to worry about disembarkation day because for the last eight years, she has lived on a cruise ship. USA TODAY recently reported about this real story fairy-tale that would be a dream for many of our readers. 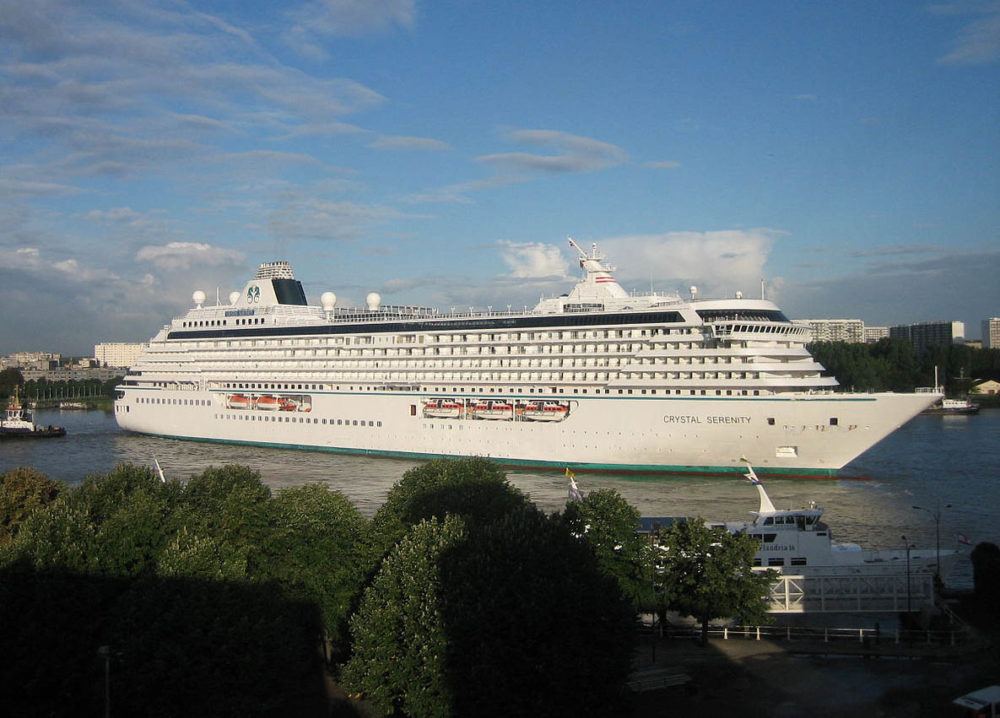 Lee Wachtstetter was married to her husband for 50 years and during their time together, they had taken a whopping 89 cruises. Having worked in the financial sector his entire life, he did well financially and died of cancer in 1997.  The day before he passed, he told his wife “Don’t stop cruising”.

After several years of struggling to take care of their home, she sold everything she owned and moved onto a cruise ship.  Her home for the past eight years is Crystal Serenity, a luxury 1,000 passenger cruise ship.

During her time living on the ship, she has completed more than 400 cruises including an incredible 15 world cruises.  Since she has visited many of the ports around the world multiple times, she rarely gets off the ship.  She stays on and enjoys the quiet ship to herself.

Lee Wachtstetter isn’t the only passenger living on the luxurious cruise ship.  Since she has “moved” onto the ship, three other women have done the same.

How much does this cost her?  She estimates that her daily costs average around $450 per day.

Crystal Serenity isn’t the first cruise ship she has lived on.  Prior to her moving onto Serenity, she spent three years on a Holland America Line ship.

Living on a cruise ship does have it drawbacks.  But thanks to modern technology, she is able to keep in touch daily with her sons and seven grandchildren. She is also able to see her family several times a year when the ship docks in Miami, Florida.

How does she spend her time on board? Her second love is needlepoint and is often found teaching it to other passengers.  Everything she makes, she gives to the crew members.

Cruise Fever would love to hear your thoughts.  Would you want to live on a cruise ship when you retire?