Smoking Policies on Cruise Ships: Which Cruise Lines Allow What

Whether you love smoking or hate it, many changes have been made in the cruise industry in the last 10 years in regards to smoking.  The trend has been for tighter restrictions on cruise ships just like we have seen in public areas and restaurants on land.  Even if a large number of cruisers on ships want to smoke, the cruise lines have been listening to complaints aboard their ships and with smoke being so hard to contain, more restrictions have been the result. 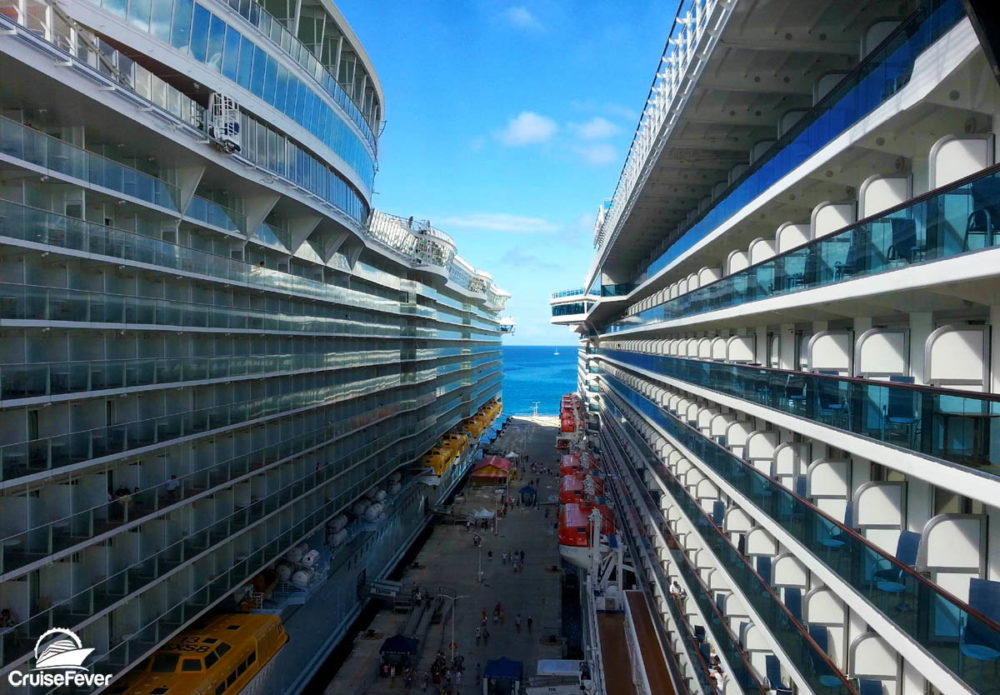 The smoking policies with different cruise lines and cruise ships are always changing, but we will try to keep this page updated when a company decides to make a change to its smoking policy.

Love ‘em or hate ‘em, this is where the cruise lines stand in regards to their smoking policies:

Carnival Cruise Line has designated areas where smokers can smoke in public areas, including certain areas of the casino (while playing designated slots machines and table games) and Liquid Nightclub.   Almost every other public area is a non-smoking zone, including dining rooms and other public rooms.  Smoking is not permitted in cabins or on balconies.

Smoking is prohibited in all areas of Royal Caribbean ships except for the starboard side of open decks, and a designated area of a public room.  Open or closed decks on the port side of the ship are non-smoking zones (exception for the Oasis class ships).    As with most cruise lines the dining rooms are also smoke-free.  Smoking is allowed in the casinos, although select cruises from China will have a non-smoking area.

Norwegian allows for smoking on designated areas of open decks, in casinos (if you are a player), and cigar bars.   Smoking is prohibited in cabins and on balconies.  Smoking is permitted on the starboard side of the Waterfront on the Getaway and Breakaway, with an exception being in the dining areas.

MSC does not allow any smoking in cabins or on balconies.  Smoking is permitted in several bars on each ship, and on one side (indicated by signage) of the principal outdoor pool deck areas, where ashtrays are provided.

As with MSC, Costa does not permit smoking in cabins or balconies.  They do allow smoking on open decks and in designated smoking areas available in some public rooms.  No smoking is allowed in restaurants and show lounges.

Princess allows for smoking in the cigar lounge, the casino, and in some areas on open decks.  No smoking is allowed in cabins or balconies and all food services areas.  Cigar and pipe smoking is only allowed on open decks.

Celebrity does not allow smoking in their cabins or balconies, but there are a few designated smoking areas across the ship.  Certain areas on the port side of the ship are available for smokers.   Smoking is not permitted in the casino or in any food services areas.

Smoking is not permitted in cabins or on balconies.   Smokers can smoke on open decks and in designated areas in most public rooms. Smoking is allowed in the casino for active players only.  Show lounges and food service areas are non-smoking.

All indoor areas of the ship are non smoking, including cabins in on balconies.  There is a designated smoking section on the starboard side on deck 8.

J. Souza
Jon got hooked on cruising after his first cruise on his honeymoon, and today he is always looking for cruise deals and reading information about the cruise industry. Jon lives in the foothills of North Carolina and wishes there were a cruise port that far inland. Jon can be reached at [email protected]
Cruise FactsSmoking Policies on Cruise Ships: Which Cruise Lines Allow What
Previous article
Top Premium Cruise Lines for the Best Luxury Cruise Experience
Next article
Princess Cruises Offering Free Gratuities on Cruises