So, You’ve Booked a Theme Cruise? Here’s What to Expect

The party starts as soon as we hit the pier to board our ship.

And it doesn’t stop until more than three days later, late into the last night, mere hours before passengers are due to get off at the end of the cruise. 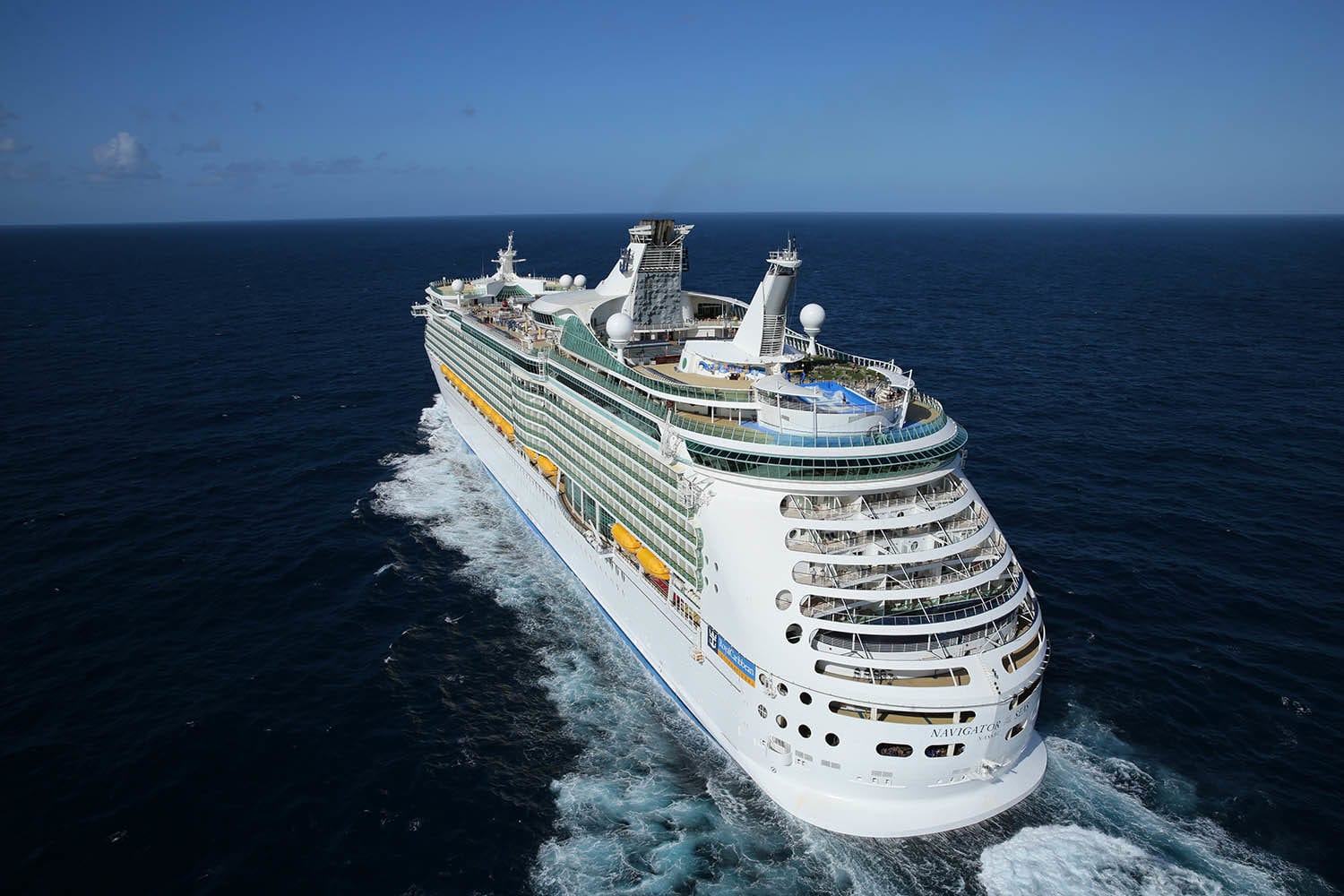 We’re on Royal Caribbean’s Navigator of the Seas for back-to-back theme cruises sailing out of Southampton, England. This first one is “Throwback, the ‘80s Festival at Sea”, and we’re among about 3,000 passengers (mostly Brits) who have come to revel in the music and stylings of one of the most fun decades. 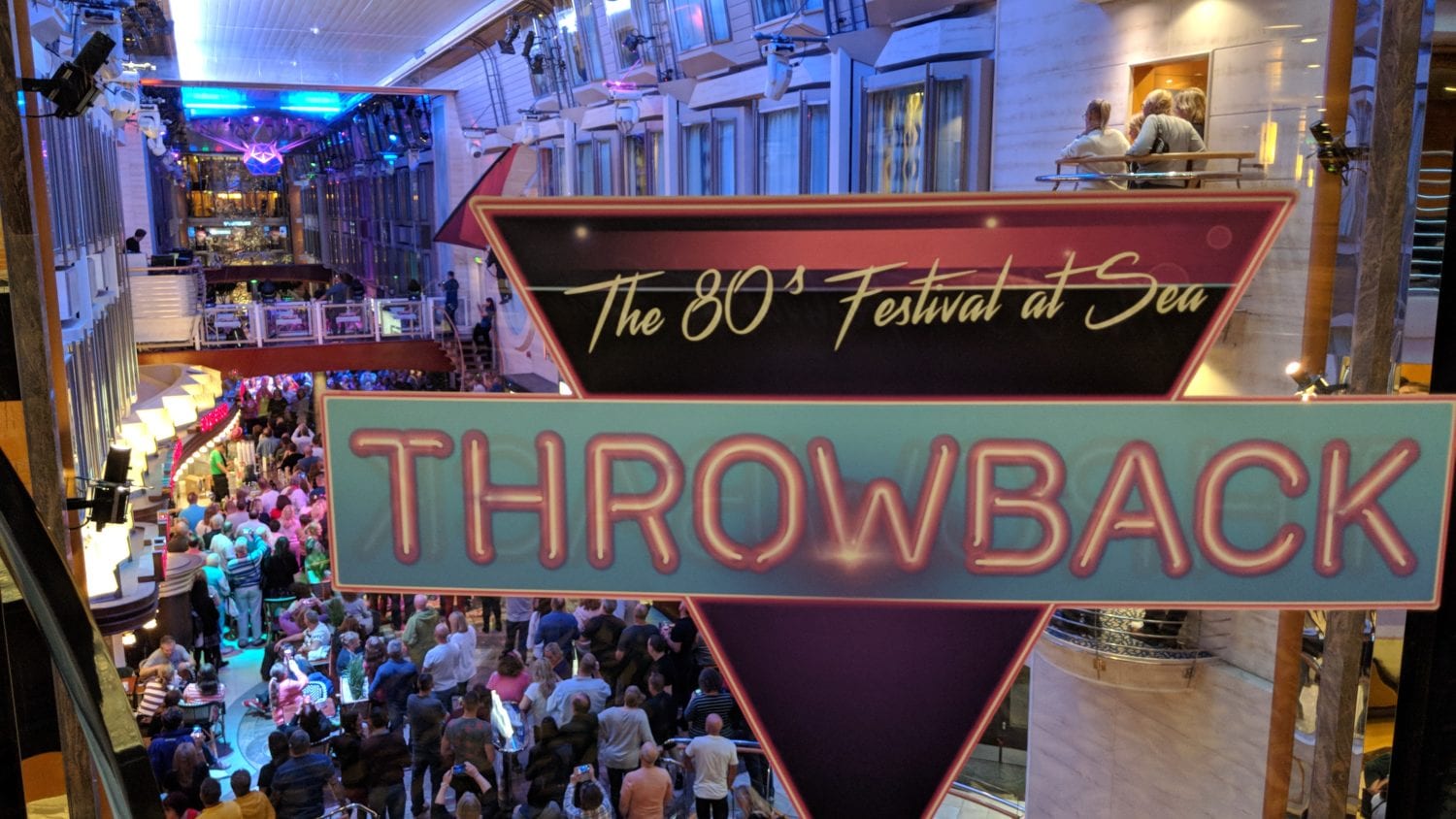 This three-day cruise is a wall-to-wall 1980s pop, rock and synth-pop celebration, with almost every detail of the ship and onboard programming designed to immerse all of us in that era.

When this three-day cruise ends, about 300 passengers and I stay on to join 2,600 others who board for the next sailing, a four-day festival called “Stages, the Musical Theatre Festival at Sea”. These are my first full-charter theme cruises, and I am amazed by the energy and fun they offer. Theme cruises can be a marvelous way to take your traditional cruise experience to the next level.

These were the inaugural Floating Festivals, organized by Blackburn International, a premier global entertainment and booking agency that focuses on cruises and events.

The days were jam-packed with entertainment, and I found that a majority of the people onboard were cruising for the very first time. They had come strictly because they are fans of 1980s music or the acts that were featured on this cruise.

So, along with getting to enjoy shows from artists like Human League, Erasure’s Andy Bell, Orchestral Manoeuvres in the Dark and Killer Queen (an incredible Queen tribute band), the ship had a particular boost of extra energy because it was filled with so many people who were feeling a sense of wonder about cruising and all this form of travel has to offer.

Drinks flowed constantly, and many venues around the ship were regularly crowded. Two show times were offered in the main Metropolis theater for the featured acts, while we could also catch shows and late-night dance parties at Studio B and more intimate performances in Star Lounge and the Schooner Bar.

Karaoke was the popular night-capper each and every night until usually 3 a.m. or 4 a.m. in the Cosmopolitan Club. (This remains a rumor to me, as I only stayed up once until 2 a.m. the whole week.)

The appropriate music for the theme was piped into the corridors and other common areas. For “Throwback”, it was the best of the 80s, with Michael Jackson, Wham, Madonna, Cyndi Lauper and Duran Duran, for examples. On the “Stages” sailing, we would hear hits from Wicked, Phantom of the Opera and Chicago, among many others.

TV shows and movies from the 1980s were featured on in-room TVs and the poolside big screen. Trivia contests featured 80s music or pop culture or musical theater knowledge. Drinks of the day were titled for the events, and each day had a theme encouraging passengers to dress up to celebrate.

On the ‘80s cruise, we had “Back to the ‘80s/’80s Icons)”, “I Love Lycra”, and “Pretty in Pink vs. Rocky Horror.” I saw some amazing outfits up and down the promenade, and many people were already in character when they arrived at the port at the start of the cruise.

The program even had a Mr. T impersonator lead aerobics classes on the lido deck. 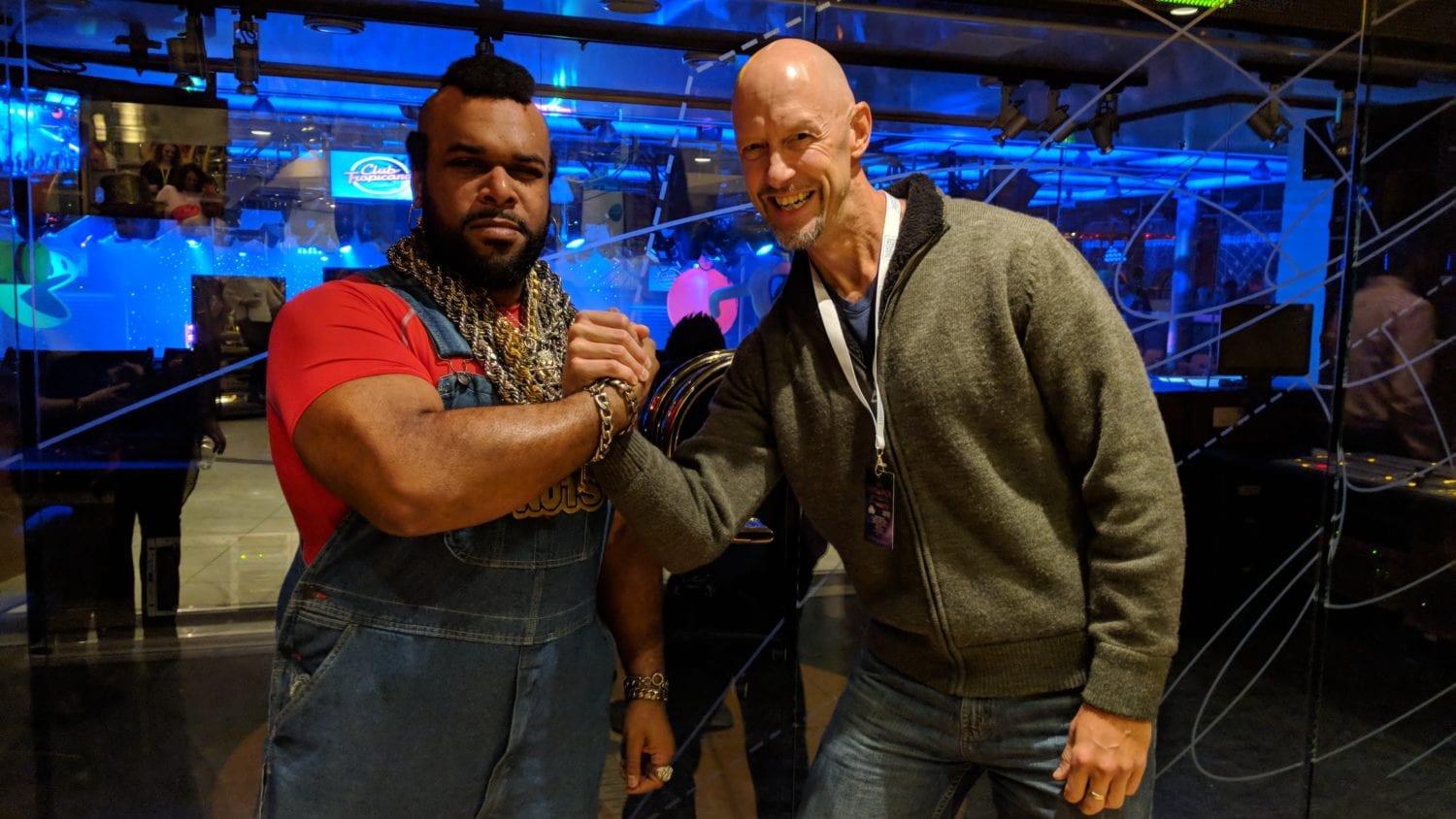 The “Stages” crowd was quite a bit more reserved in demeanor and appearance, but equally enthusiastic about their favorite entertainment. The crowds got gussied up on their theme nights, too, and they formed large queues early at the main theater to get the best seats to watch British stars of stage like Michael Ball, Beverley Knight, Lee Mead and Kerry Ellis.
Theme nights were: “Masquerade” and “Glitz and Glamour”.

These inaugural Floating Festivals were so popular that they were more than 75 percent booked for the next year on both themes within the first week after the cruises, according to the organizers. The headliners for next year include Bananarama and UB40 on the “Throwback” sailing and Alfie Boe and Collabro on the “Stages” cruise.

While these were music-themed cruises (and British-centric ones, to boot), I learned a lot about what you can expect on almost any full-ship chartered theme cruise. The cruise line dedicates the entire inventory of cabins to the organizers to use for their cruise, and much of the experience is quite similar overall to your standard cruise.

We had port stops in Bruges and Amsterdam during our week onboard, and cruisers went ashore to enjoy excursions in those destinations. They also enjoyed the FlowRider, spa, fitness center, rock climbing wall, specialty dining options and all the other good stuff offered on Navigator of the Seas. (The Diamond Lounge is closed for the theme cruises, though.)

The best aspects of a theme cruise are the facts that the daily program is packed full with all the stuff you love and that you are onboard sharing the experience in a super-festive environment with like-minded aficionados. The cruises usually are short sailings of three or four days because you probably will need a vacation from your cruise after going so hard from morning till night.

The cruise lines also love hosting these events because it’s a chance to impress a whole new batch of travelers who they can hopefully turn into lifelong cruisers.

“It’s a win-win situation,” says Ben Bouldin, Royal Caribbean’s associate vice president and managing director for the U.K. and Ireland, who was onboard Navigator of the Seas for the festivities. 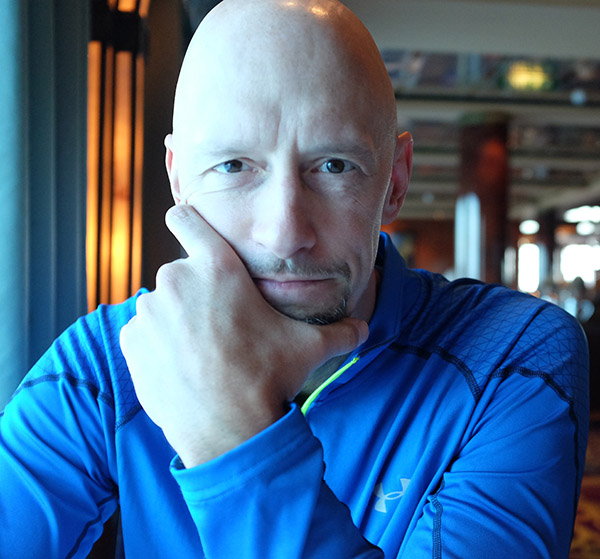 John Robertshttps://InTheLoopTravel.com
John Roberts is a freelance writer and operator of InTheLoopTravel.com. He writes about cruising and active travel, highlighting how people can connect with the world and other cultures through rewarding travel experiences.
Cruise TipsSo, You’ve Booked a Theme Cruise? Here’s What to Expect
Previous article
Royal Caribbean’s Onboard Credit for Non-Refundable Deposits Ends Next Week
Next article
How to Make the Muster Drill on a Cruise as Painless as Possible