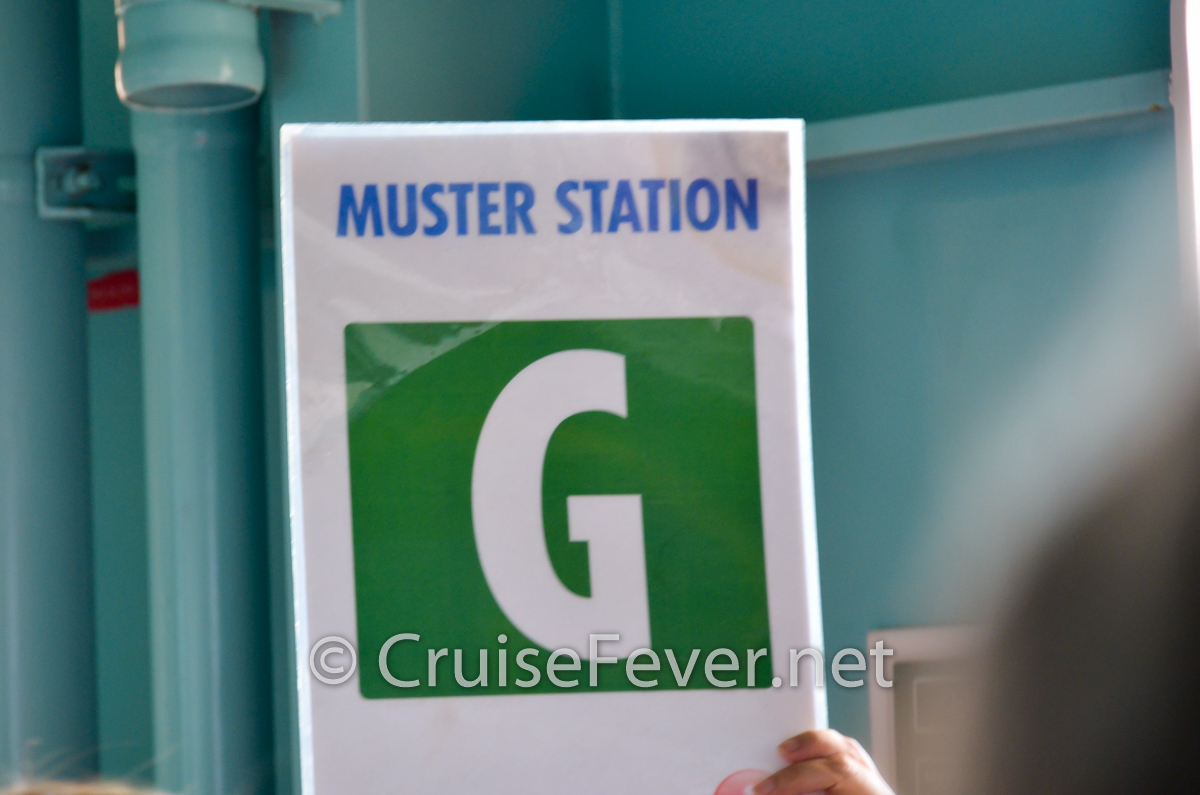 No one enjoys the muster drill on a cruise ship.  And if you do, you’re probably doing it wrong.  Ok, I’m kidding, but all kidding aside, it is a very important safety drill.

You’re finally on the cruise ship.  You went through the hassle of the embarkation process and all you want to do is hit the buffet and jump in the pool.  But there’s one last step you have to take before your vacation has officially begun: The muster drill.  Or it’s sometimes called the lifeboat drill or just safety drill.

Ok, so just getting on the cruise ship does count as the beginning of your vacation.  But for me, I always feel like I can’t totally relax and unwind until the muster drill has been completed.

Safety of Life at Sea, SOLAS, is the group that sets the parameters for what is needed for a proper safety drill.  It states that the drill must take place within 24 hours of embarkation, but each cruise line sets its own protocols, and usually the drill takes place before the ship leaves port.

The safety drill is a very important procedure which should be taken seriously.  In fact, the reason the muster drill can be such a hassle is that too many on the ship do not take it seriously, delaying the entire process.

Since we all have to go through it, no matter how many cruises we’ve taken in the past, you might as well do everything you can to make it as painless as possible.

Here are a few tips for making the muster drill on your cruise easy and safe.

Be mindful of the exact time of the drill

I’ve seen it happen so many times.  A family is all suited up for the pool and is about to enjoy some sun when they find out they are supposed to be at the muster stations in 5 minutes.

If you don’t know when the muster drill is supposed to take place be sure to ask one of the crew.  Then you can plan your afternoon accordingly.

Know the location of your muster station

The location will be printed on your cruise card and on the interior of your stateroom door.  Know where you have to go so you don’t end up on the opposite side of the ship during the appropriate time.  Also keep in mind that if you’re cruising with others that they might have different muster station locations.

Don’t go too early or too late

If you go too early the crew won’t be ready for you yet and you will just be waiting for a very long time, making matters even worse.  But please don’t be late either.  So much time is wasted during the drill because the crew has to make sure everyone is accounted for.

Remember that skipping the drill is not an option either.  You will just have to make it up later and it will be at an even more inconvenient time.

I’ve found that if I go too early and it’s an open deck muster drill I just end up being buried in a sea of passengers and it takes even longer to get out once the drill is over.

This is only for muster drills that take place on the open decks.  Since you have to stand in those single file lines extremely close to your fellow passengers it’s very easy to get your toes stepped on, figuratively and literally.  I stopped wearing flip flops to muster drills after getting them stepped on over and over again.

Know if you need your life jacket

Make sure you check in upon arriving at your station

Some cruise lines use a paper list and others will scan your card.  Either way, make sure one of the crew knows you and your party have checked in.  Otherwise they will have to call out all the names of those who have not shown up, taking more time.  Or even worse, you could attend the muster drill but the cruise line thinks you skipped it, and you will have to go through the whole process again later on. 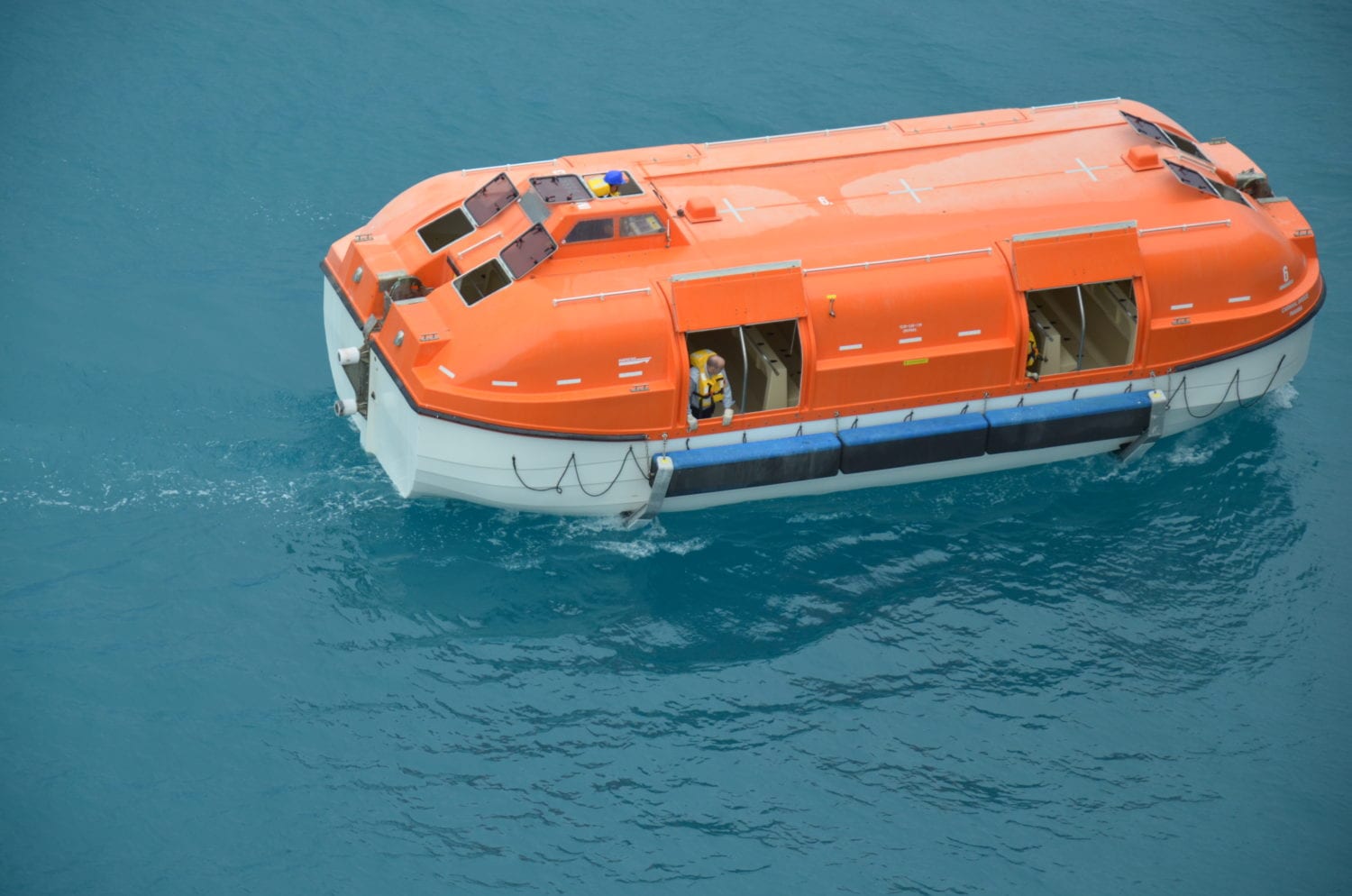 Stay positive and listen to the crew

Remember, you’re not the only one that just wants the drill to be over.  Others want to just enjoy all the ship has to offer as well.  By staying quiet, listening to the crew, and following what they say, it will all be over a lot sooner.   Keep in mind that the crew has a very big responsibility of keeping everyone safe in case of an emergency.  They take their jobs seriously.  Respect them by giving them your attention,

Put the phone away

You will get called out if you are on your phone.  One guy on my last cruise was very close to having his phone taken away after being told twice to put it away.  The crew needs to make sure you are listening to the instructions.

It helps if everyone in your party knows what the plan is after muster drill is over.  Plan a meeting time before the muster drill so you don’t have to try to find them in the chaos.  For most cruise lines the ship will pull out of port shortly after the drill is over, so know where you are going to be to enjoy the sailaway.

Unless you’re right near the exit for the muster drill, you will be stuck in a crowd for a while even after the drill is over.   Instead of waiting for an elevator or fighting your way through the stairwells, you might as well just hang out at one of the nearby lounges.  Bring a card game if you want.  In 15-20 minutes it will be much easier to get to where you want to go, with much less stress involved.

J. Souza
Jon got hooked on cruising after his first cruise on his honeymoon, and today he is always looking for cruise deals and reading information about the cruise industry. Jon lives in the foothills of North Carolina and wishes there were a cruise port that far inland. Jon can be reached at [email protected]
Cruise TipsHow to Make the Muster Drill on a Cruise as Painless as...
Previous article
So, You’ve Booked a Theme Cruise? Here’s What to Expect
Next article
Royal Caribbean Resumes Cruises Out of New Orleans in 50 Days