Conquest the open seas with the Carnival Glory which is part of the Conquest class of Carnival’s vast array of cruise ships.   It’s a decent size ship at 110,000 tonnage, 13 decks, and being able to accommodate almost 3,000 passengers at one time.  It was built in 2002 but has had some upgrades since then.

This ship really has something for everyone, and caters to all kinds of age groups across the board.  Whether you want an activity filled cruise with ping pong, basketball, volleyball, and mini-golf, or you just want a relaxing time in the spa or in the adult’s only retreat called Serenity, you can have it all.

This Carnival Glory review will also give you some tips and advice on how to make your cruising experience on the Glory as stress-free as possible.

If you love having ocean views (who doesn’t?) then you have a 60% chance of having an ocean view cabin on board the Glory.  Only 40% of the rooms don’t have a view, but you can also get these rooms for a super deal as well.

If you want to soak in the tub you will have to book a suite.  One really cool feature in all of the stateroom bathrooms is the little basket that is filled at the beginning of your cruise with soap, shampoo, disposable razors, toothpaste, and even a breath mint.

The Glory has an innovative idea with the new Family Staterooms as well.  There is a wall of floor to ceiling windows that give you a great view.  There are no balconies in these rooms but they are close to all the fun stuff for the kids so it makes life a little easier if you have children.

Each room should be supplied with an ironing board and iron and there is a little laundry place on each deck.  It costs $2 to wash and $1.50 to dry at this time.

Each TV in the rooms is also a way of ordering room service and checking the spending on your account as well.  You can even book an excursion through your TV so be careful who has control of the remote.

Some people have complained about cabins underneath the Lido deck as there can be a lot of noise above the cabins in the form of moving tables and chairs where the buffet is.

The Glory departs from all kinds of different ports on the eastern seaboard so there is a good chance you can find one near you.

Cruises from New York and Boston on the Glory go up to Canada and other parts of New England, while cruises from Norfolk and Miami go through the Bahamas.  There is also a 6 day cruise from Miami that hits the western side of the Caribbean , including parts of Mexico and Jamaica.

There are 3 pools onboard the Carnival Glory and the main pools can be a little crowded at certain times of the day.  But for the adults there is an adult only pool that is usually a lot less crowded and much quieter as well, unless you have that one guy who never grew up trying to do cannon balls in the water, but the staff should take care of that for you.

Of course the Glory has its water park with a 214 foot Twister waterslide that is 3 decks high and full of twists and turns.

The huge spa is a Polynesian design that has 2 whirlpool tubs and an atmosphere that makes you feel like you are at the bottom of a waterfall, with a faux rock face around the pools.

And like many other newer Carnival ships, the Glory has the 22’ by 12’ tv screen right by the pool deck that displays shows, movies, games, and news, so you can relax on a lounge chair, play in the pool, and catch some rays while keeping yourself entertained.  This was not original with the ship, but added in 2009.

There are 2 main dining rooms on the Carnival Glory: the Platinum and Golden.  Strange names, but good food.   When you first board the ship you will be assigned with one of these dining rooms and a table number.  You do not have to eat in the dining room for supper, but if you choose to you have to go to your assigned dining room and table.

There are many entrée selections but if you want to eat lobster you will have to go during formal night, which is usually when it is served.  It’s ok, you don’t have to get too dressed up if you don’t want to.

But sometimes you will want to eat at another restaurant on the ship, and the Glory offers all kinds of selections.

There is a 24 hour pizzeria as well, for which Carnival is famous, and you can also get calzones and fresh salads too.

There are little great places to eat all over the ship that include American BBQ, Mexican food, Italian food, Asian food, and even fish and chips.  The Redsail restaurant is a place to check out for at least one of your meals and they offer foods types from all over the world, including some American favorites.

Feeling like some sushi?  Stop by the Kaleidescope boulevard for some exquisite fish that will not cost you an extra penny.  Don’t be late though.  They only serve it from 5pm to 8pm.

I already mentioned that there is ping pong, volleyball, basketball, mini-golf and shuffleboard on the ship, but there are also games and activities for the younger ones as well.  Special places for 12-14 year olds and 15-17 year olds allow for them to have fun with video games, movies, and music with kids their own age.  For those even younger (from 2-11) there is Camp Carnival for more fun and games.

I love the elegance and style of the main show lounge Amber Palace which seats up to 1,400 people at once.  The shows are high quality caliber and the comedians are supposed to be pretty funny too.  One side note is that if you have a stateroom above the Amber Palace you may be annoyed by the noise levels.  The shows are supposed to stop by midnight, but sometimes there are private functions that go on until the early hours of the morning.

Some Complaints from Recent Cruisers

There are a couple things that people have complained about while cruising on the Glory.  One of them is the long lines, and this seems to be a fairly common report too.  When it comes to eating at a buffet, lines are just a part of cruising, but there is no excuse for having to wait 30 minutes or more just to get a bite to eat.  Now, there ARE ways you can avoid these lines by eating at a lounge or other restaurant, and it really depends who else is on the cruise ship that will determine how long the lines will be, or how slow they will be.

Some people have complained about the smoking on the Glory as well.  It can be difficult to avoid on certain parts of the ship, so if you hate the smell of smoke or just don’t want to breathe it in you will want to pay attention to this fact.   Smoking is allowed on certain parts of the ship like the Ivory Bar which is right next to the internet cafe

J. Souza
Jon got hooked on cruising after his first cruise on his honeymoon, and today he is always looking for cruise deals and reading information about the cruise industry. Jon lives in the foothills of North Carolina and wishes there were a cruise port that far inland. Jon can be reached at [email protected]
Ships Carnival Carnival Glory Ship Review and Tips
Previous articleDolphin Excursions
Next articleBest Cruise Search Engine?

Mardi Gras is Carnival Cruise Line's newest and largest cruise ship. While the vessel is the first cruise ship in North America powered by...
Read more

Carnival Panorama is Carnival Cruise Line's 27th cruise ship in their fleet. The cruise ship sailed it's inaugural cruise this last week and is...
Read more 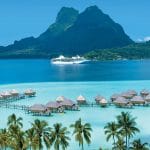 Ben Souza - September 24, 2022
A cruise line has added new cruises to Bora Bora, Tahiti, and the French Polynesia in 2024 and has opened these new voyages for... 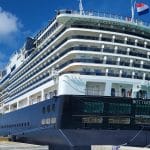 Ben Souza - September 24, 2022
A cruise line has added a new tool on their website that makes it easier than ever to see the health protocols for each...