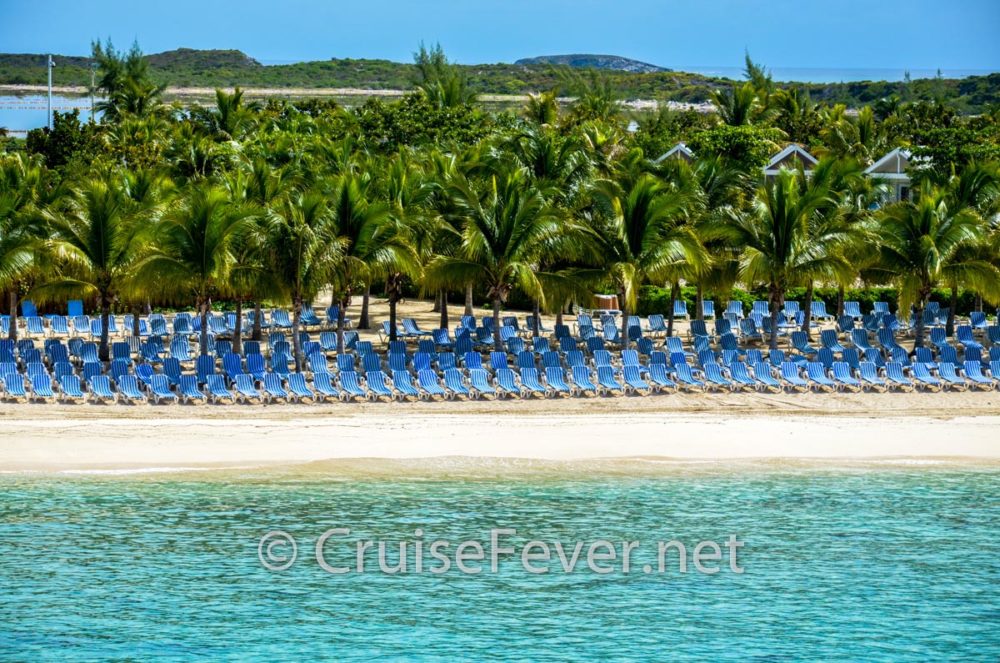 Last month, MSC Cruises announced that they will be building the largest island development by any cruise line. This $200 million investment will create a private island in the Bahamas for their ships to visit.  Ocean Cay is an 85 acre island that will be converted to the only marine reserve island experience for cruisers.

The island will have a dock so there will be no need for tendering.  There will be six different beaches, a charming inland lagoon for absolute tranquility, a thrilling zip wire crossing the island, an exclusive spa and wellness sanctuary for MSC Yacht guests, and a pavilion for weddings and celebrations. Ocean Cay will open to guests in December 2017.

Norwegian Cruise Line purchased 75 acres on two adjoining islands in southern Belize in 2013 that is being developed for a Norwegian cruise port.  The cruise line is spending upwards of $50 million on the project that is adding a marina, a beach, a lagoon for water sports, a floating pier, and an island village.

Harvest Caye is scheduled to open to guests on February 16, 2016 when Norwegian Jade visits the port. Belize has a diverse ecology consisting of rainforests, jungle, coral reefs, and swamps.

Tortuga, once a haven for pirates in the 1600-1700s, will soon be a tropical destination for cruise ships. Carnival Corp. is planning a $70 million project on the island that is located off of the northern coast of Haiti.

Carnival expects the island to be a popular choice among cruisers that will offer guests a secluded slice of paradise. This is not the first time that Carnival Corp. has invested millions in a cruise port. They have also built cruise facilities in the popular ports of Grand Turk, Amber Cove, Mahogany Bay, and Half Moon Cay, Bahamas.

How soon will cruise ships begin calling on the island of Tortuga? Carnival has yet to announce a date for the completion of the project and there have been reports that the agreement with the Haitian government could be derailed over a 99 year lease already in place.

Within 2-3 years, officials in Honduras expect a new port to open on the Pacific side of the Central American country. The Honduras Tourist Board has stated that one of the two most important goals of the minister of tourism is to develop the cruise sector.

Six million dollars has already been secured to start development on this new port in Amapala. The natural deep channel in Amapala will easily allow ships to stop there without a need for dredging. Cruise ships currently stop in Roatan and Trujillo, Honduras, although ships just began calling on Trujillo in October of 2014.

Carnival Cruise Line has sent a proposal to the Bahamian government to build a private port on Grand Bahama, the same island where Freeport is located. Carnival Cruise Line currently does not have their own private island in the Bahamas, although many of their ships stop at Holland America Line’s Half Moon Cay (owned by parent Carnival Corporation).

Locals in Grand Bahama are afraid that Carnival will replace ports stops in Freeport with the new private port if the proposal passes. Freeport remains one of the least popular cruise ports among cruise passengers largely due to the fact that the port is located in an industrial area with very little offered at the port itself.

Ben Souza
Ben is a world traveler who has visited 40+ countries and taken over 70 cruises. His writings have appeared and been cited in various media outlets such as Yahoo News, MSN, NPR, Drudge Report, CNN, Fox, and ABC News. Ben currently resides in Cincinnati, Ohio. Follow Ben on Instagram. Visit Ben Souza on Linkedin. You may email Ben at [email protected]
Cruise NewsNew Tropical Cruise Ports Coming to the Caribbean
Previous article
Titanic II Photo Tour: Ship Set to Debut in 2018
Next article
Carnival’s Carnivalidays Offering a Month of Savings