Royal Caribbean’s next new cruise ship, Odyssey of the Seas, is nearing completion after the vessel was floated out at the Meyer Werft shipyard in Germany. 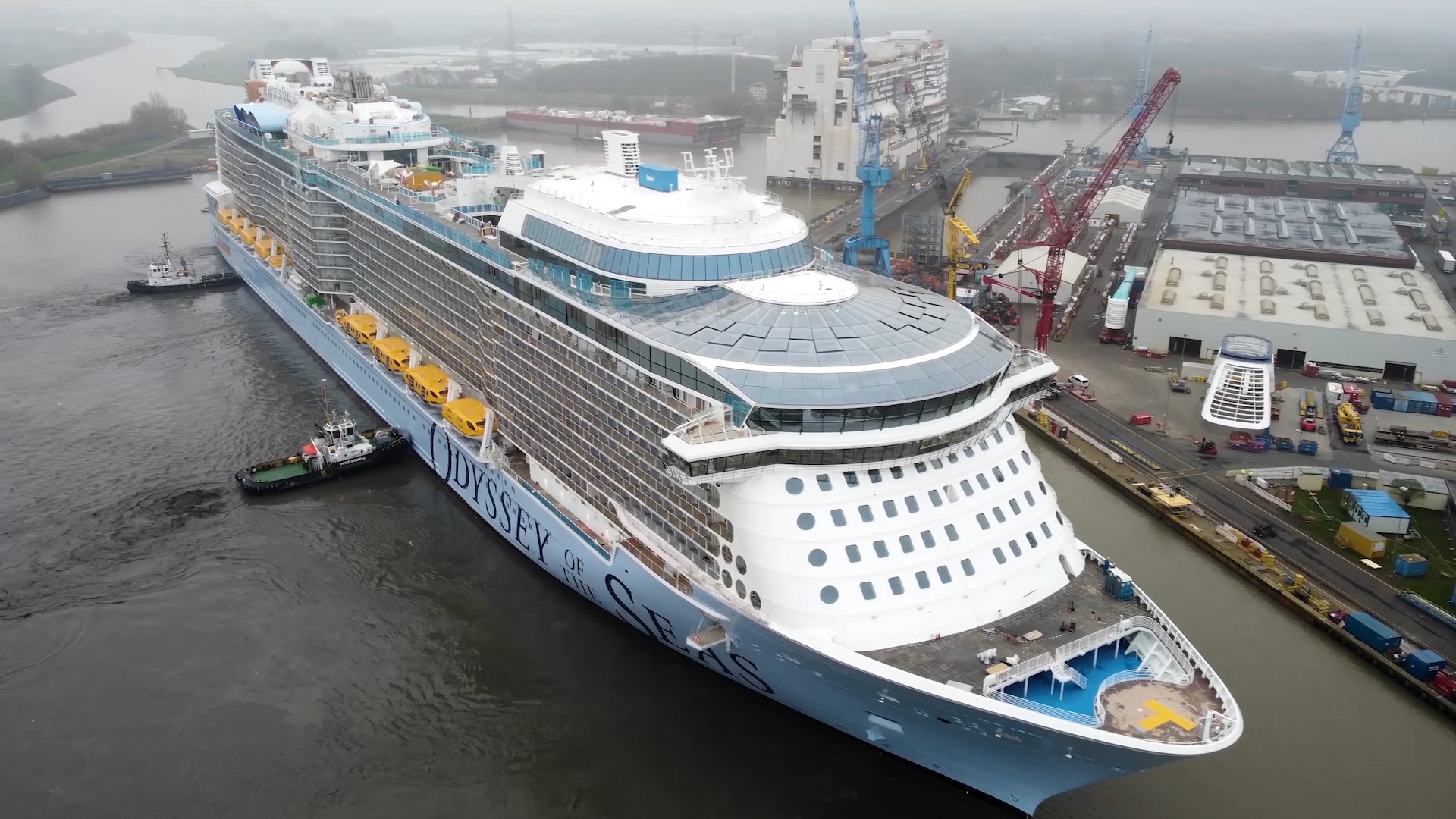 Odyssey of the Seas reached a new construction milestone this past week when the cruise ship was floated out of the building hall to an outfitting dock.  The process took over seven hours as there was just 12 feet of clearance on top and one foot on each side. 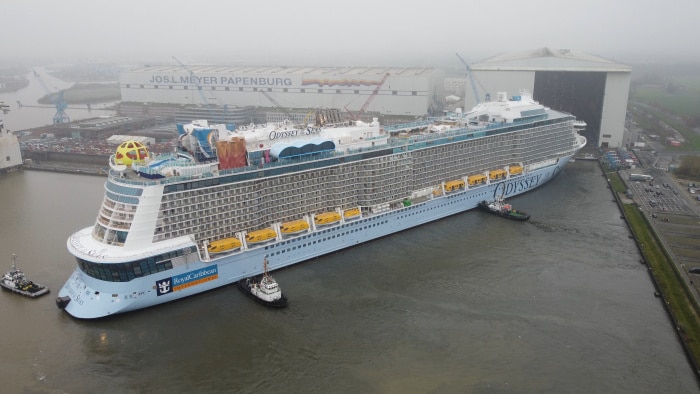 The cruise ship will be Royal Caribbean’s second Quantum Ultra class cruise ship and the fifth overall Quantum class.  The vessel will sail her first season in Europe offering cruises from Barcelona and Rome.

Odyssey of the Seas will head to Port Everglades in Florida and offer cruises to the Caribbean starting in November 2021.

The cruise ship will offer a combination of six, seven, eight, and nine night cruises to the Eastern, Western, and Southern Caribbean.

Odyssey of the Seas will tout game-changing, technological innovations like the next generation SeaPlex, the largest indoor space for recreational activities at sea, which will see the addition of this venue’s first Playmakers Sports Bar & Arcade with club-level views of the competition below; a reimagined Adventure Ocean kids program and a maxed-out teen lounge with gaming consoles, music and movies.

Royal Caribbean has extended their health protocols on cruises that depart from North American ports through the end of June. The cruise line said that...
Read more

ABOUT US
Two brothers started Cruise Fever in 2011 when they decided they couldn't stop cruising so they might as well write about it. Do you have Cruise Fever too? Follow along on this incredible voyage!
FOLLOW US
© 2011-2021, Cruise Fever ®. All rights reserved
2.6K Shares
Share2.6K
Tweet
Pin
Email
Share