Mexico’s original beach destination Acapulco will see a 78% increase in cruise ship arrivals in 2017 compared to 2016 when just 18 cruise ships visited the port. 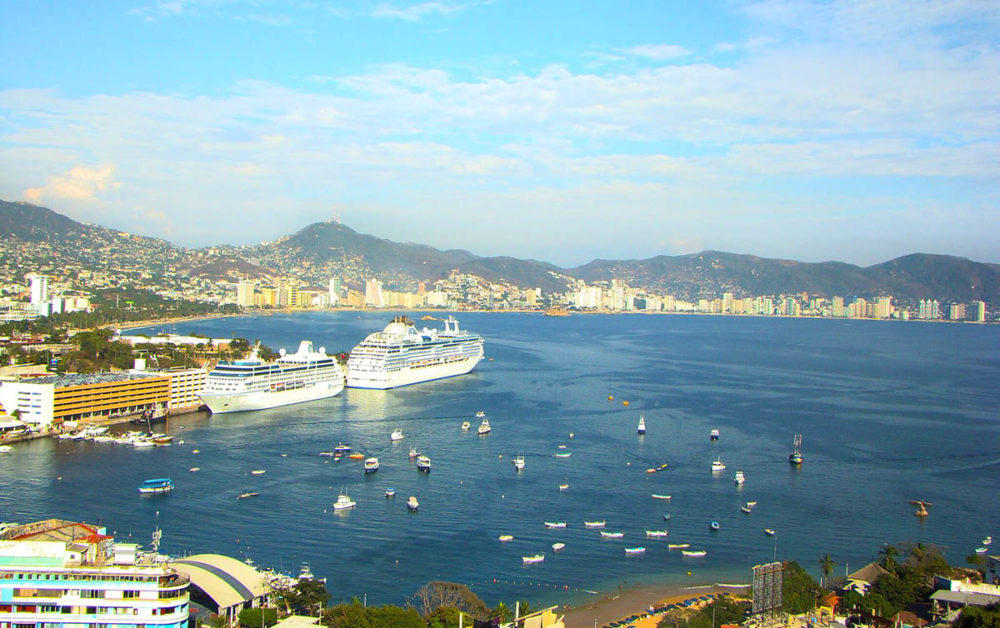 Ernesto Rodríguez Escalona, Secretary of Tourism of the State of Guerrero, gave the following statement: “Acapulco is experiencing a major renaissance in its cruise ship arrivals for 2017, with 14 more ships arriving this year over 2016. This significant increase is a testament to our commitment to growth supported by new projects and investments from both the public and private sectors.”

Earlier this year in March, a delegation headed by the Acapulco Tourism Board and integrated by the directive of the Integral Port Administration (API) of Acapulco, executives of the Acapulco Destination Marketing Office and several tour operators were present at the international convention, Seatrade Cruise Global, held in Fort Lauderdale, Florida. The delegation met with the major shipping companies. Similarly, a firsthand report on the operation of cruise ships at the destination is distributed monthly to the Florida Caribbean Cruise Association (FCCA).

Additionally, Acapulco recently announced that it will be the port of origin for the 1,400 passenger Magellan cruise of Cruise and Maritime Voyages, starting in the winter of 2018. The roundtrip cruise will depart from Acapulco and make stops in Ixtapa-Zihuatanejo, Manzanillo, Puerto Vallarta, and Cabo San Lucas, before returning to port.

Acapulco is a destination that attracts both national and international travelers year-round to enjoy the destination’s beaches, nightlife, natural attractions and the local people’s warmth and hospitality. New attractions in Acapulco like XTASEA, the world’s largest over water zip-line, spanning over a mile and crossing the Bay of Puerto Marqués, along with long time favorites like the La Quebrada diving cliff are major draws for cruise line passengers to Acapulco.

Cruise operations in the Port of Acapulco are assisted by the Center for Tourist Attention and Protection (CAPTA), an innovative organization recognized worldwide for tourism assistance and safety implemented for the first time in Mexico. The federal, state and municipal authorities reiterate their commitment to the successful operation of the cruise ships in Acapulco and will continue collaborating with the international cruise lines, resolving their concerns while continually attracting tourists, as well as providing the necessary conditions for their visit.