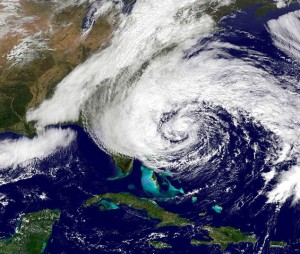 Cruise lines have been busy altering cruise itineraries to keep the ships at a safe distance from Hurricane Sandy.  The storm that has been nicknamed “Frankenstorm” is much larger than a traditional hurricane and is causing rough seas even for ships that are hundreds of miles away from the storm.

There have been two cancellations of cruises so far, and there are several others that have delayed departures or have extra sea days.  Reports are starting to come in to Cruise Fever from passengers who just got off cruises, and from those who are currently still on a cruise in the Atlantic Ocean. The Port of NYC is currently closed and will not re-open until officials feel it is safe to do so.

R Neeley told Cruise Fever that his daughter called him from the Carnival Sensation telling him that were were many passengers who were seasick and frightened by the rough waters.  The Sensation was scheduled to port in the Bahamas but was on its way to Key West instead.  However, the rough waters from the storm had some crew members concerned for the comfort and safety of the passengers.

There has been other reports of passengers who were a little freaked out by the rough seas that they were walking around the ship wearing life jackets.  It is worth noting that cruise lines do everything in their power to keep the ships away from tropical storms and hurricanes and the cruise ships are rarely if ever in danger.

However, Hurricane Sandy is so large that cruise ships that are hundreds of miles away from the storm are experiencing extremely rough waters.  Royal Caribbean’s Enchantment of the Seas will be having a 5 day cruise to nowhere instead of stopping in Bermuda.  RCCL made a statement on their website that they will be trying to find the smoothest water possible to sail in so passengers can enjoy their cruise.

Stories from passengers on Carnival, Royal Caribbean, Disney and Norwegian all have one thing in common, seasickness. On a normal cruise there are very few that get sick due to the extremely large size of the ships and the state of the art stabilizers that they now have.  The reports that Cruise Fever is hearing is that many on board have been seasick the past few days. Hurricane Sandy has many saying that they will never cruise during hurricane season (June 1- November 30).

Cruise Fever will continue to monitor Hurricane Sandy and the cruise lines as they make any changes necessary to keep the passengers and crew members safe at sea.