First Impressions of the MSC Divina

Fresh off my first cruise with MSC, a quick two night cruise on the beautiful MSC Divina out of PortMiami, here are my six first impressions of the ship. 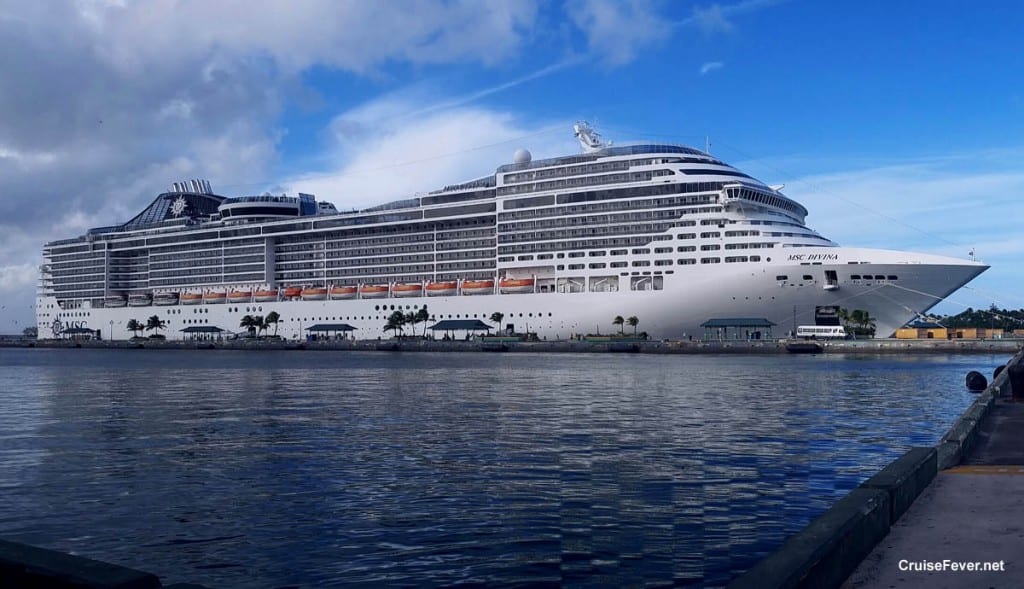 Ship – From the stunning Swarovski crystal staircases in the atrium to the Bar Pasticceria Gelateria, the MSC Divina is one of the beautiful ships I have sailed on.  The contemporary look blended in well with the Mediterranean decor which gives the vessel a look that no other cruise ship to the Caribbean has. 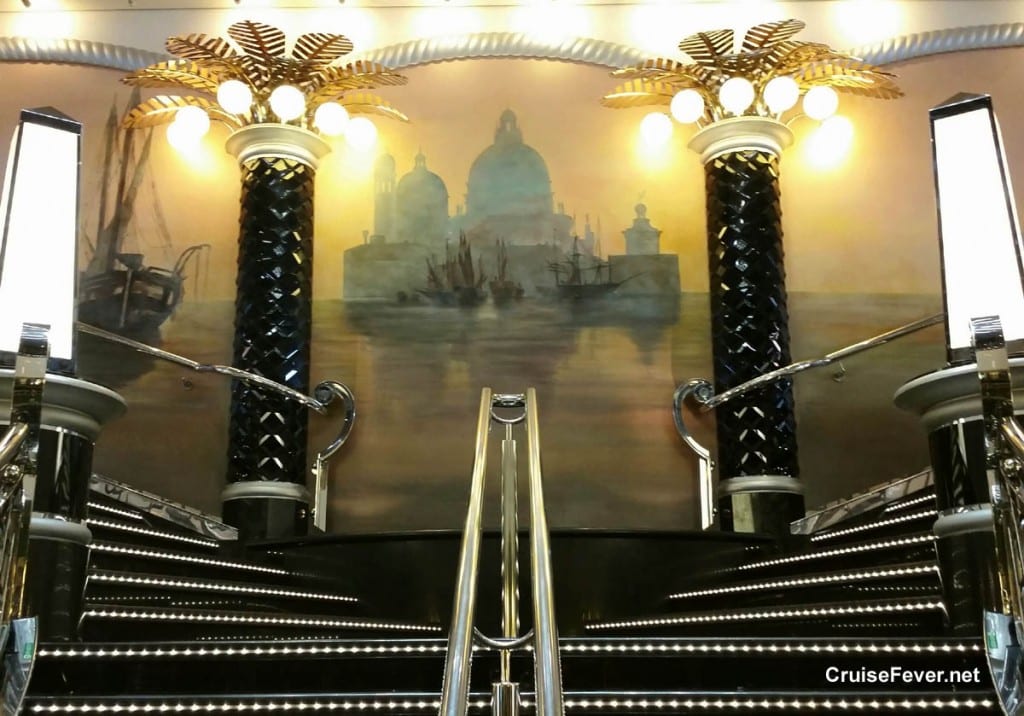 There are three pools on the lido deck, but the aft infinity pool was my favorite as it offered incredible ocean views.  There are also plenty of loungers and hot tubs scattered throughout the top decks of the ship.

Entertainment – I was impressed the different varieties of live music that were played in the lounges at night.  However, it was one of the main shows that in the theater that stood out above everything else.

“Witches of Paris” won the 2014 Porthole Magazine’s Editor in Chief award for best show at sea.  Now I’ll be honest, it takes a lot to impress me with a show.  I am just personally not into the typical cruise show that features 10 random songs danced to by lip-syncing performers.

This show was different and by far the best one I have ever seen on a cruise ship.  It was entertaining, humorous, and the crowd clapped along as they seemed to enjoy it as much as I did.  I can’t remember the last time a show ended and my first thoughts were, “It’s over already?”.

Stateroom – My cabin was a standard balcony stateroom on deck 12. It was roomy and had a nice sized couch in it as well as a fair amount of closet space. The decent sized shower (for a cruise ship) had a glass door and not one of those clingy shower curtains that make it nearly impossible to take a shower.  Yes, those glass doors make a huge difference.

Watch a two minute video of my balcony stateroom that was on deck 12:

Yacht Club – Although I did not stay in the Yacht Club, I was able to take a tour and was blown away by what was offered.  The sun deck was extremely spacious with plenty of loungers that offered the best view on the ship.  It was by far the most relaxing space offered on the Divina, away from the crowds and noise of the main lido deck. There was also a pool, two hot tubs, and a small buffet. 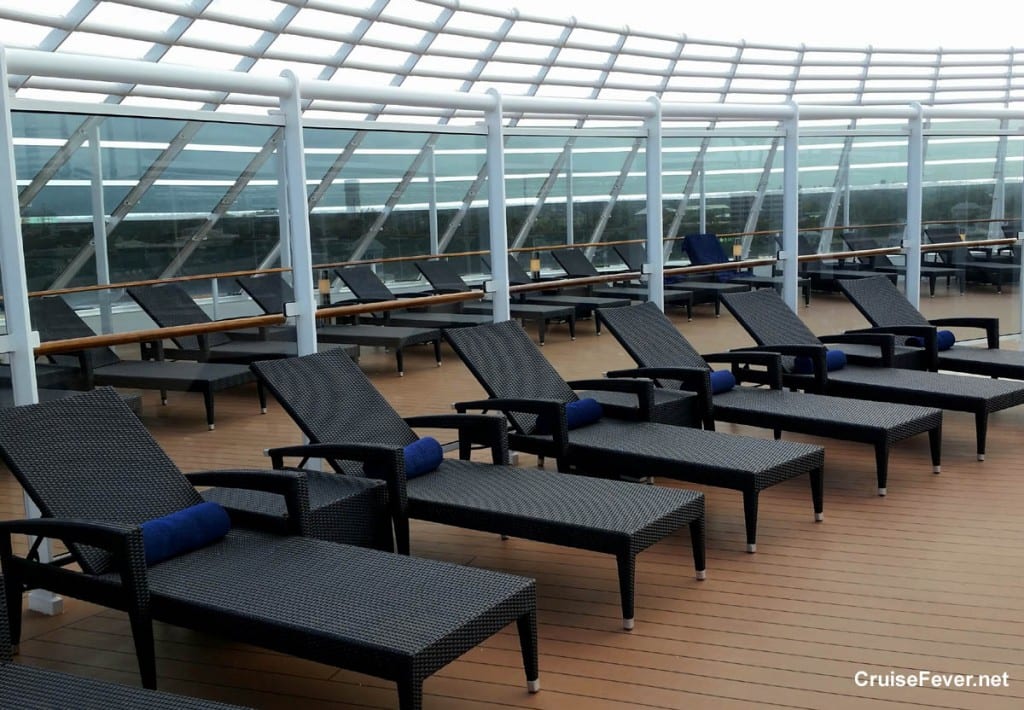 Virtual World – Virtual World has a Formula 1 racing simulator that gives you the chance to sit in a race car and see if you have what it takes to drive like Mario Andretti. It is a blast, even though I veered off the road and into the wall a few times.

There is also a 4D theater with seats that shake, tilt, and move with the ride. There isn’t anything like it on any other ship sailing to the Caribbean.

Video tour and review of the MSC Divina

Pizza – Several different cruise lines brag about having the best pizza at sea but none of them really stood out until now.  The pizza on the MSC Divina was fantastic! It was always hot, fresh and available from noon until 1:00 a.m. (closed from 4:30-5:00).

After trying pizza on just about every cruise line, I can honest say that MSC has the best pizza at sea.  However, don’t take my word for it. You should take a cruise on the MSC Divina and try it for yourself. I guarantee you won’t be disappointed.  The coffees at Cafe Italia and the gelato onboard are pretty amazing also. 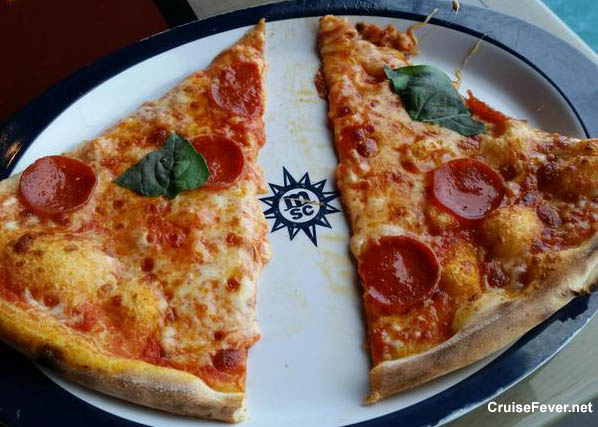