What Are the Best Walkie Talkies for Cruise Ships? 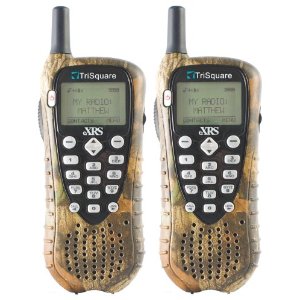 are so you can meet up?  Well for many people, walkie talkies are the answer.  As long as you don’t disturb other people on the ship they be a great way to communicate your change of plans or find out where your party is.

But which walkie talkies work best?  Some of them are a complete waste of money and will not work through the steel walls of the boat and others can get you in trouble.  Here are some things to look for in the best walkie talkies and some 2 way radios for sale that I recommend.

What to Look for in a Good Walkie Talkie

Since you will be surrounded by water all the time, it’s a good idea to get a walkie talkie that is JIS4 certified which means it can operate under a stream of water.  This does not mean you can submerge it in the water, but if some water from the pool gets on it or even the spray of the ocean gets all over your radio it will still function properly.

Also look for a radio with privacy channels and features so you don’t have to worry about other people’s conversations interfering with yours.  Some radios offer up to 142 privacy codes.

Some radios will promise a range more than 30 miles.  Reallisticly you won’t get this kind of distance, but on a cruise ship radios that offer this kind of range will typically work well through the steel and structure of the ship.

Many radios now offer NOAA weather alerts so you can scan for severe weather and other emergency alerts.

I prefer a walkie with the text messaging feature too because it makes communication a lot easier and lot less intrusive.  And besides that, those texts are FREE from roaming charges of any kind.

The 3 Most Common Types of Walkie Talkies on Cruise Ships:

FMRS (Family Radio Service) 2 way radios are not powerful enough to work on a cruise ship and you will not be able to communicate with your party that well unless you are on the same deck with not many objects to interfere with the signal.

FRS/GMRS (General Mobile Radio Service) radios are a better solution for walkie talkies on a cruise ship rather than just FRS radios and are a good compromise in price over a commercial UHF radio.  Some GMRS radios claim as much as a 30 mile range.  However, FRS/GMRS radios are not allowed in Europe so don’t use them on shore if you are taking a Mediterranean cruise.  In several countries that frequency range is used for emergency crews and you could cost someone their life by interfering with an emergency call.

You will need to purchase a license from the FCC to use a GMRS radio and it can cost as much as $85 or more.  This license will be good for 5 years and you will need to renew it again.

eXRS radios use proprietary Frequency Hopping Spread Spectrum (FHSS) in the SIM band (900MHz).  These eXRS radios are becoming more popular on cruise ships as more of them can be used at the same time without interruptions in communication and they work better through the steel of the cruise ships and even through concrete walls.  Also, unlike GMRS radios, you can use these walkie talkies without needing a special license. I highly recommend an eXRS radio for use on a cruise ship. Oh, and one more cool thing about these radios is that some of them allow you to send a text message right through the radio and it doesn’t cost you a penny on your precious cell phone bill.

I thought I would also mention these radios as some people do use them on cruise ships but I do not advise it.  The reason is that these are the radios that the ship itself uses and you do not want to interrupt their channels.  These are commercial radios that do require a special license as well

Disclaimer: You should always check with the laws of the countries to which you will be traveling to make sure that you can use your radios there if you will be taking them on shore during your cruise.  Certain frequencies are not allowed in Europe, the UK, and even in international waters and you can be fined or imprisoned if you ignore these laws.  For instance, do not use an FRS radio in England, and do not use a GMRS radio in Europe.

J. Souza
Jon got hooked on cruising after his first cruise on his honeymoon, and today he is always looking for cruise deals and reading information about the cruise industry. Jon lives in the foothills of North Carolina and wishes there were a cruise port that far inland. Jon can be reached at [email protected]
Cruise TipsCommunicationWhat Are the Best Walkie Talkies for Cruise Ships?
Previous article
Carnival Dream Cruise Ship Review and Pictures
Next article
Tips for Jet Skiing on Your Cruises Shore Excursion

Wi-Fi on a Cruise Ship: Cost of Internet for Each Cruise Line

Wi-Fi on a Cruise Ship: Cost of Internet for Each Cruise Line