Viking’s first expedition cruise ship, Viking Octantis, marked a new construction milestone this week when the vessel was floated out at the shipyard. 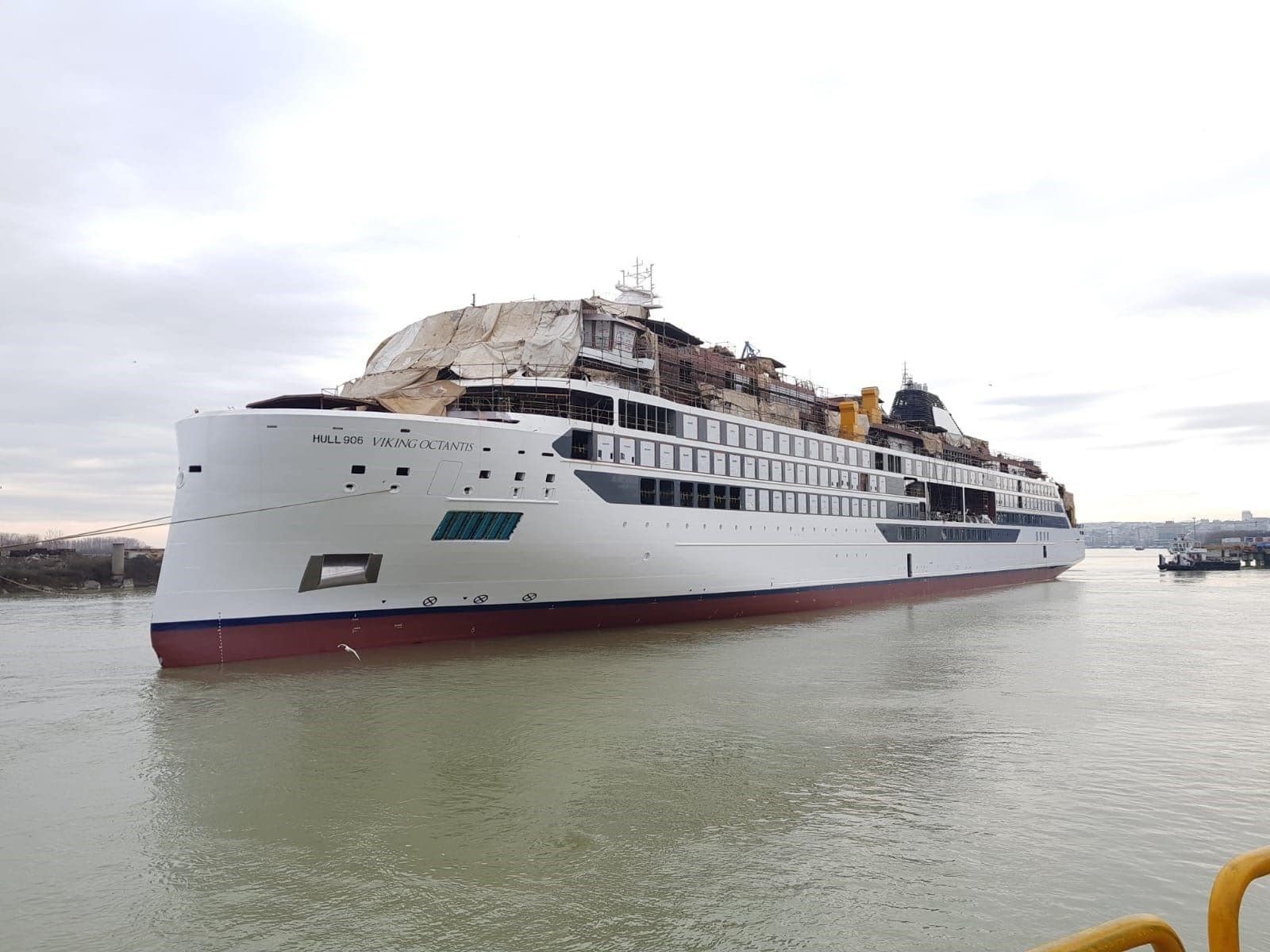 The float out is significant because it denotes a ship moving into its final stage of construction. The float out ceremony of Viking Octantis took place on December 22; she was then moved to a nearby outfitting dock for further construction and interior build-out. After final outfitting, Viking Octantis will be delivered at Fincantieri’s VARD shipyard in Søviknes, Norway.

Viking has also developed a series of short videos about the new expedition voyages, ship design and prestigious scientific partnerships, which can be found on its website here.

The new Polar Class 6 Viking Octantis and Viking Polaris will host 378 guests in 189 staterooms. Designed by the same experienced nautical architects and engineers that designed Viking ocean cruise ships, the ships are optimally sized and built for expeditions – small enough to navigate remote polar regions and the St. Lawrence River, while large enough to provide superior handling and stability in the roughest seas.

Straight bows, longer hulls and state-of-the-art fin stabilizers will allow the ships to glide over the waves for the calmest possible journey; ice-strengthened Polar Class 6 hulls will provide the safest way to explore; and U-tank stabilizers will significantly decrease rolling by up to 50 percent when the ships are stationary. Viking’s expedition ships will feature modern Scandinavian design with elegant touches, intimate spaces and attention to detail.