Royal Caribbean’s Symphony of the Seas will debut next month and is the largest cruise ship ever built at 230,000 gross tons. 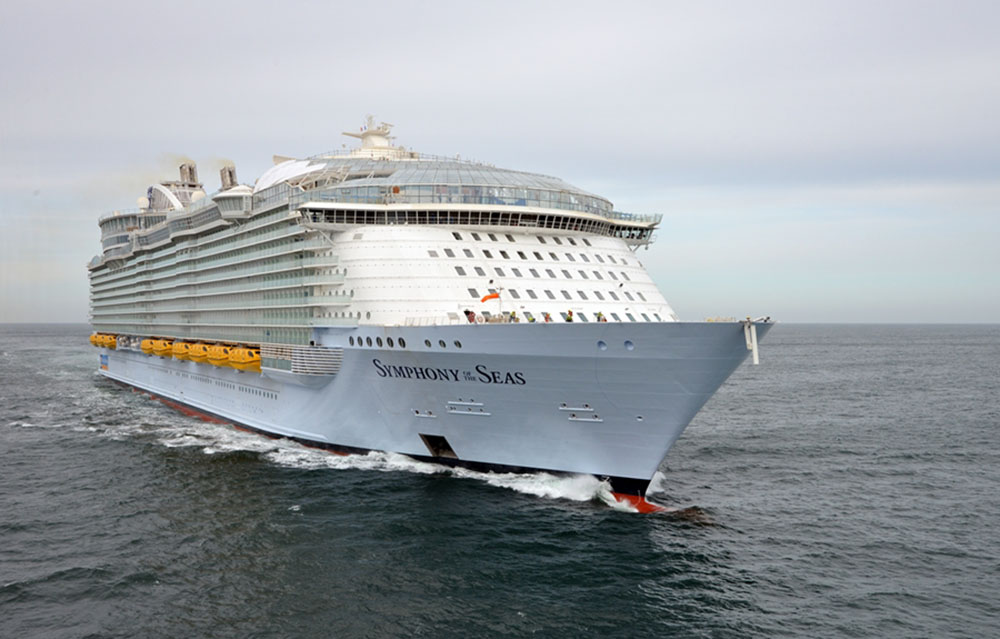 Symphony of the Seas completed sea trials this past week and the ship is back at the shipyard so the finishing touches can be put on her.

Royal Caribbean released the following hyperlapse video of Symphony of the Seas that takes you throughout the cruise ship in just under a minute and a half.

We hope you enjoy this sneak peek at Royal Caribbean’s newest cruise ship.

The cruise ship is scheduled to debut on March 31, 2018 and after a season of sailing in the Mediterranean, Symphony of the Seas will head to the Cruise Capital of the World, PortMiami.  Once in Miami, the vessel will sail week long cruises to the Western and Eastern Caribbean.