A Royal Caribbean cruise ship rescued two men this past weekend who were stranded at sea for 20 days. The rescue took place between Grand Cayman and Jamaica. 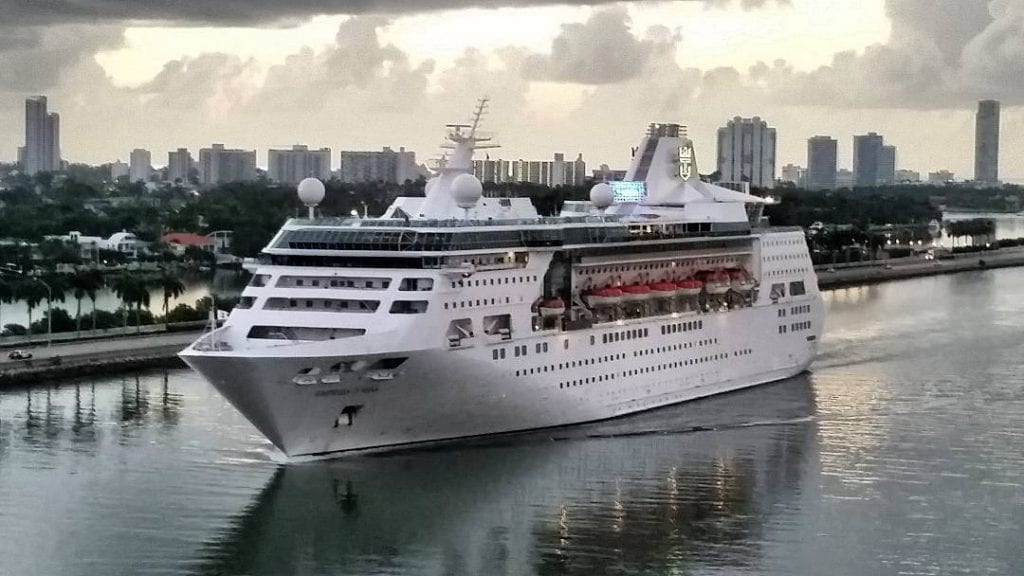 Royal Caribbean’s Empress of the Seas was sailing a modified cruise itinerary due to bad weather near the original ports of call. The ship spotted a small fishing boat on December 21 and rescued two Costa Rica fishermen who ran out of gas 20 days earlier.

The fishermen who left from Porta Limon, Costa Rica had set their nets and let them soak. Since this is normally takes several hours, they went to sleep. When they woke up, they found that winds picked up and had blown them far away from where their gear was. They ran out of gas trying to get back and were adrift for 20 days.

They had enough food and water for seven days. Water was the primary issue and they were able to fish for food. By the time they were rescued by the cruise ship, one of them could no longer walk and had to be carried on the cruise ship.

They were taken to the medical facility on the cruise ship where they were fed, hydrated, and clothed. When the ship stopped in Ocho Rios, Jamaica, they were taken to a local hospital and the one fisherman was able to walk on his own again. The crew who saved them took up a collection of $300 for them to buy clothes and food as they left the hospital.

More pics to share from @RoyalCaribbean #EmpressoftheSeas rescuing 2 Mariners who had been at Sea for 20 DAYS in that small boat between #Jamaica and #GrandCayman! See last pic for story. UNREAL and so PROUD of Officers and Crew! Thank you @jleberle and @caryjames007 for pics. pic.twitter.com/VEw1tzChMO

Empress of the Seas was scheduled to visit Cienfuegos, Cuba but due to storms, there was no way the ship could tender. A decision was made to visit Ocho Rios, Jamaica instead (since they have a pier) which ended up putting the ship in the path of the stranded fishermen.

It was a Christmas miracle that put the ship in the right path at the right time. A path that the cruise ship wasn’t even originally scheduled to take.