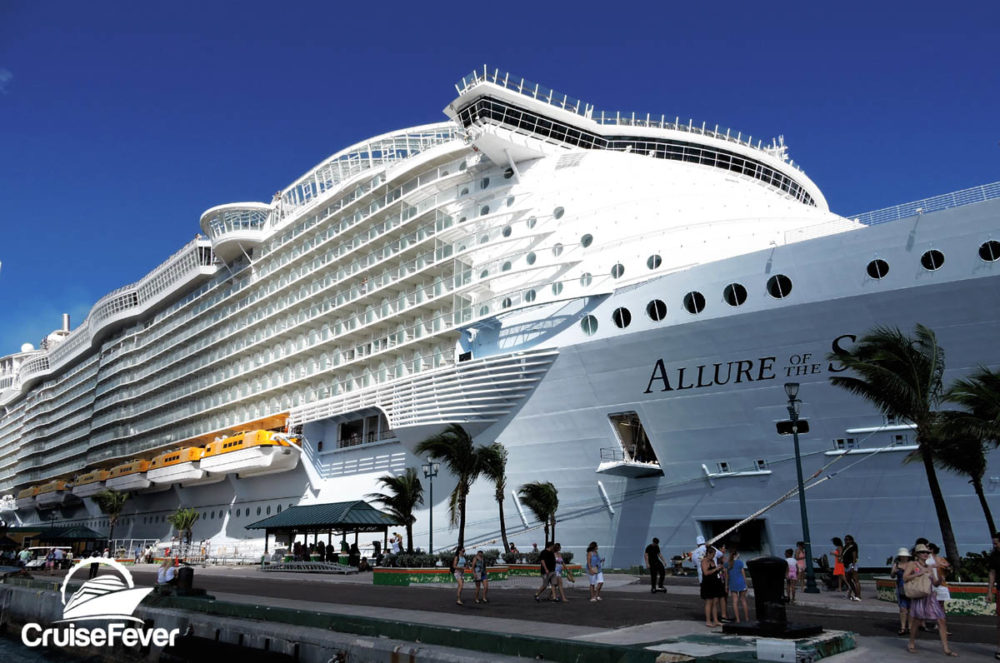 The propulsion problem on Allure of the Seas affects the maximum speed of the cruise ship.  Due to the vessel having to sail at slower speeds, a few itinerary changes were made through the rest of the year.

Due to Allure of the Seas having to make itinerary adjustments, Royal Caribbean also made changes to other ship’s itineraries.   The cruise line said other changes were were due to some ports having more cruise ships than originally planned.

To ensure that some ports aren’t overcrowded due to the itinerary changes on Allure of the Seas, Royal Caribbean rearranged select itineraries on other cruise ships.

Guests who are booked on one of the 30+ itineraries that were altered received an email detailing the changes.

Allure of the Seas is not schedule for dry dock until Royal Caribbean is giving the ship an $165 million makeover next spring.  During the 58 day dry dock, new features will be added to the vessel that include waterslides, the Ultimate Abyss, new restaurants, and a new Music Hall.

Allure of the Seas currently sails week long cruises to the Eastern and Western Caribbean from Fort Lauderdale, Florida.

Ben Souza
Ben is a world traveler who has visited 40+ countries and taken over 70 cruises. His writings have appeared and been cited in various media outlets such as Yahoo News, MSN, NPR, Drudge Report, CNN, Fox, and ABC News. Ben currently resides in Cincinnati, Ohio. Follow Ben on Instagram. Visit Ben Souza on Linkedin. You may email Ben at [email protected]
CruiseNewsRoyal Caribbean Alters 30 Cruises Due to Ship's Propulsion Issue
Previous article
7 Things to Know About the Long Beach Cruise Terminal
Next article
Cruise Line Brings Back Two Week Sale on Cruises to Tahiti and Bora Bora