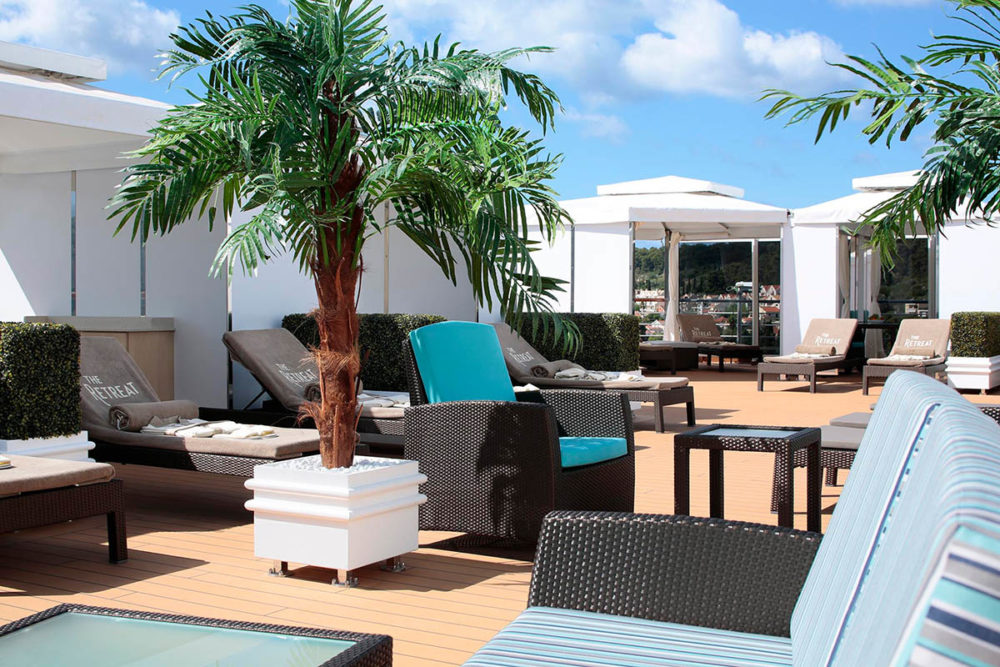 Among the renovations and additions were Explorations Central, Rijksmuseum at Sea, Lincoln Center Stage and Billboard Onboard, the intimate Gallery Bar, a reimagined Lido Market and The Retreat area with private cabanas. 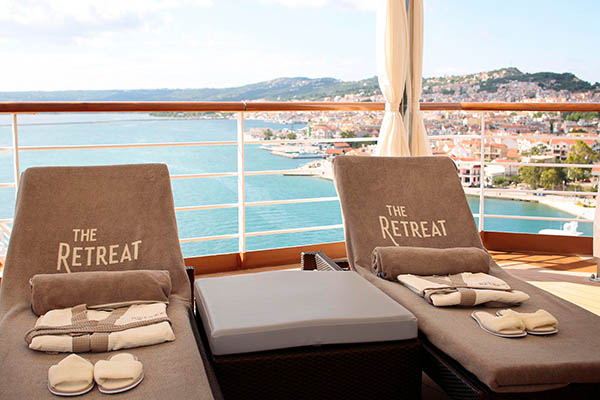 Newly released photos show the renovations, along with additional upgrades and modifications including suite upgrades, enhancements to the Greenhouse Spa and Salon, renovations to youth areas Club HAL and The Loft, and the new Holland America Line logo on the funnels. Deck 10 saw the addition of 25 guest staterooms, including 18 verandah and seven interior staterooms, increasing the capacity of the ship to 1,964 guests.

Holland America Line’s partnership with Rijksmuseum — the Museum of the Netherlands in Amsterdam — celebrates the company’s Dutch heritage. With Rijksmuseum at Sea on Westerdam, reproductions of some of the museum’s most famous masterpieces are showcased at a dedicated space located on Deck One of the Atrium. Guests also can view videos about the museum and its collections on the in-stateroom television. 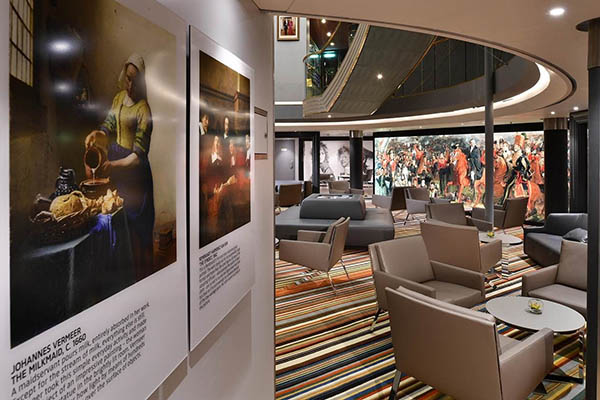 Holland America Line is amplifying its destination immersion experiences with the launch of EXC programming on Westerdam. The multifaceted EXC experience combines a wide array of indispensable travel resources with enrichment opportunities for guests making their travel experience more engaging, vivid and meaningful. Much of the EXC experience is featured in the newly created Exploration Central’s hub located in the Crow’s Nest, now a comprehensive resource and engagement center with interactive screens and a Virtual Bridge. EXC programming also offers a full EXC Team to engage with guests, EXC Tours, EXC Destination Guides, EXC Channel and Theater EXC. 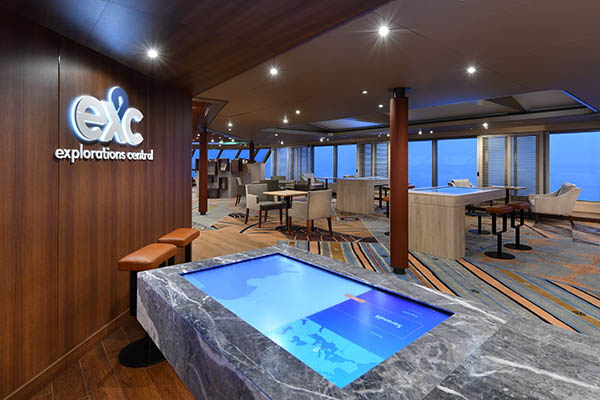 Guests have even more entertainment options with the addition of Lincoln Center Stage and Billboard Onboard, complementing the already-existing and wildly popular B.B. King’s Blues Club. Under the exclusive partnership, Lincoln Center Stage showcases an ensemble of world-class musicians performing multiple chamber music programs nightly, while Billboard Onboard features the talents of two pianists performing dynamic shows centered around the interesting facts and figures of the music industry as chronicled by Billboard. 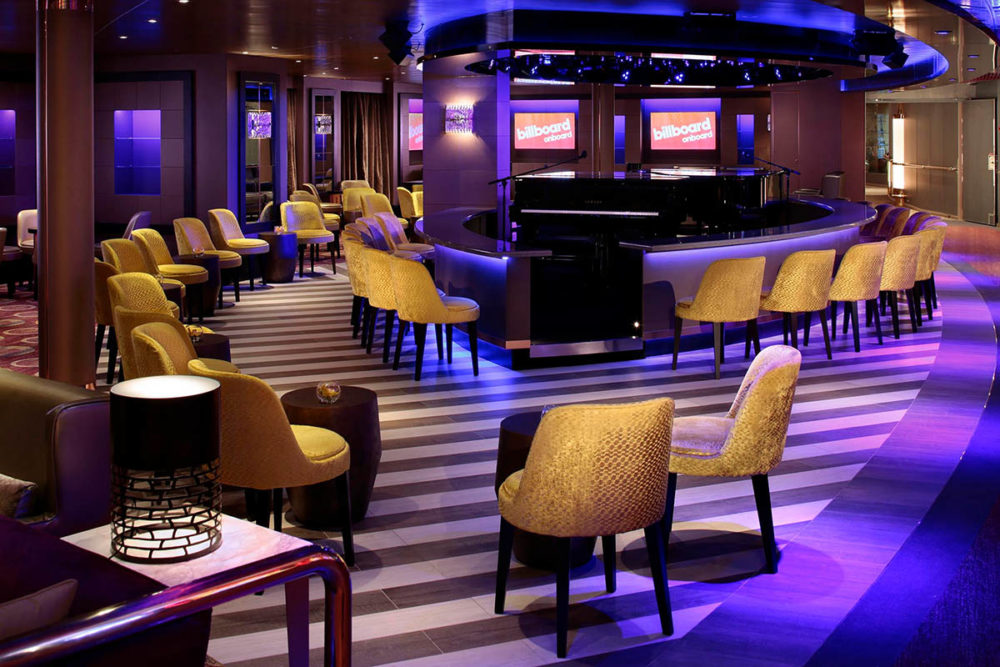 Raising a Glass in Gallery Bar

During the dry dock, Westerdam received the intimate Gallery Bar. The sophisticated venue, serving an exclusive cocktail menu created by celebrity mixologist Dale DeGroff, replaces Northern Lights and is adorned with an eclectic and whimsical mix of artwork including portraits, landscapes, still lifes and abstract pieces. 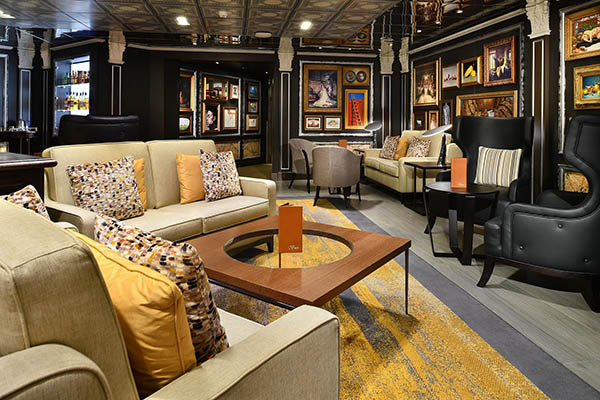 America’s Test Kitchen also sports a new look with the room receiving a new color palate and enhancements to the show kitchen featuring gray and red motifs as well as new tables and chairs for guests viewing the cooking demonstrations. Produced in partnership with the namesake, long-running public television cooking program, America’s Test Kitchen features shipboard cooking demonstrations and hands-on workshops — with topics ranging from creating authentic Asian dumplings to making the perfect pie crust — that will combine foolproof, accessible recipes and cooking techniques that are rooted in the rigorous testing and science-based approach of America’s Test Kitchen.

The traditional, casual Lido buffet has been transformed into the Lido Market concept — a marketplace with different themed stations offering a selection of delicious options guests can grab on the go or have quickly made to order. Areas include fresh-baked breads and pastries at Breadboard, classic comfort food at Homestead, dishes from around the globe at Distant Lands, Wild Harvest’s freshly made personalized salads, and sweet treats at Sweet Spot.

Service at Lido Market is enhanced with coffee, juices, water and iced tea served tableside, and in the evening the tables have an upgraded setting with placemats, glassware and cutlery awaiting guests after they have selected their food from the new menu.

Additional Upgrades and Enhancements to Westerdam 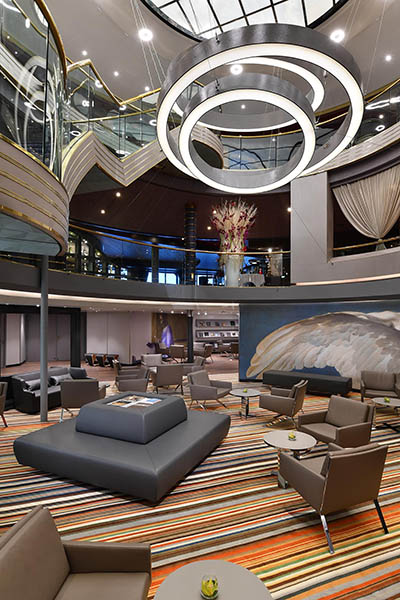 To further complete Westerdam’s transformation, 25 new staterooms were added near the top of the ship on Deck 10. The 18 verandah and seven interior staterooms increase the ship’s capacity to 1,964 guests.

Additionally, the suites on board received the fleetwide suite upgrades. The main living area was refreshed with a new headboard, new carpet, wall coverings, a privacy curtain, drapery, bed runner and bed skirt. New quartz-stone surfaces were added to the desk, dresser, nightstands and makeup vanity which, along with new vanity lighting, enhance the cosmetic transformation. Electronic upgrades include a new USB outlet added to the bed’s headboard, bedside LED lights, upgraded electrical outlets and a lighted closet rod. Suite bathrooms also were upgraded, including a wall of designer glass tile, new vanity area, stylish floor tiles and a nightlight.

A new interactive television system was installed throughout the ship, featuring large LED flat-screen TVs with complimentary movies and popular TV shows on demand as well as easy access to the daily program and shipboard information including restaurant overviews, spa services and guest billing.