A win for passenger comfort, Tauck has massively configured two of their river cruise ships ms Treasures and ms Esprit. The two ships now have larger cabins and a reduced passenger count, providing a better cruise experience for those onboard. 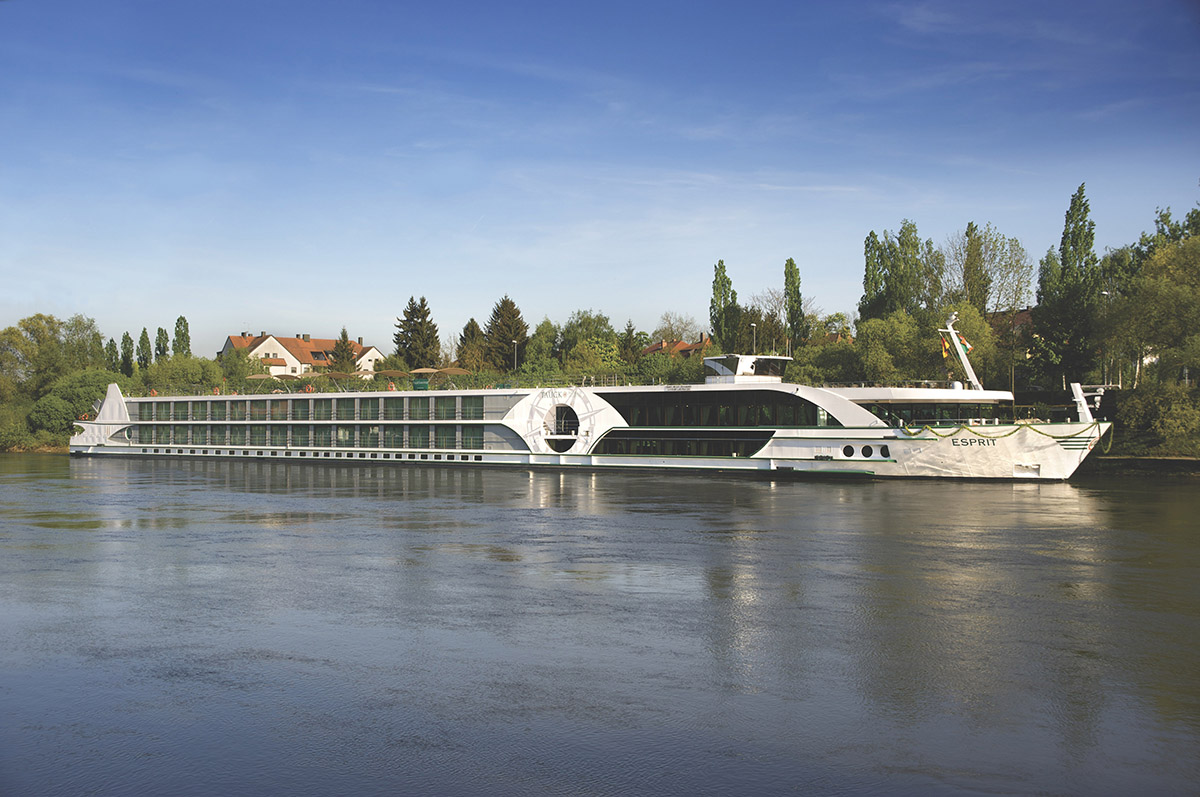 The Treasures and Esprit are the last of Tauck’s four 110-meter cruise ships to undergo the radical transformation. Tauck’s two other 110-meter ships, the ms Sapphire and ms Emerald, were similarly reconfigured a year ago, and returned to service in time for their 2017 sailing season.

With the reconfigurations, Tauck continues to prioritize creating larger cabins and roomier public areas for its guests, rather than taking the more conventional approach of maximizing passenger count. The Treasures and Esprit were fully gutted in a “down-to-the-studs” refurbishment, with the most dramatic change occurring on their Ruby (middle) Decks, where 30 150-square-foot cabins in each ship’s original configuration were replaced by 20 larger cabins measuring 225 square feet.

With the total number of cabins reduced from 59 to 49, each ship’s overall capacity has been reduced from 118 passengers to 98 per vessel – a 17% reduction.

The Treasures and Esprit will sail on Tauck’s cruises along the Rhine, Main and Danube rivers, including its popular “Amsterdam to Budapest by Riverboat” itinerary. With the enhanced comfort resulting from larger cabins and fewer guests, the company expects this14-night journey (which also operates from Budapest to Amsterdam) to become even more popular.

In addition to the 20 new 225-square-foot cabins, each of Tauck’s 110-meter ships already boasts 14 300-square-foot suites. As a result, cabins measuring 225 square feet or larger now account for 69% of all accommodations – the highest percentage of such cabins on any 110-meter riverboats in Europe.

Even with the lowered passenger count, Tauck continues to staff each ship with a Tauck Cruise Director and a full complement of three Tauck Directors. By contrast, other lines often have just a single cruise director attending to the needs of up to 190 passengers.

Another significant enhancement can be found on the Treasures’ and Esprit’s Diamond (upper) Decks, where the ships’ second dining venue, The Bistro, has been upgraded with its own dedicated kitchen and chef. On each ship, the Bistro has been renamed Arthur’s in tribute to company chairman Arthur Tauck Jr., and its expanded menu will continue to provide more casual alternatives to the fine dining selections offered in the ships’ main Compass Rose restaurants. Tauck first introduced the concept of a second riverboat dining venue in 2006, and the enhanced Arthur’s restaurant is already featured on Tauck’s four 135-meter ships.

Ben Souza
Ben is a world traveler who has visited 42 countries and taken over 50 cruises. His writings have appeared and been cited in various media outlets such as Yahoo News, MSN, NPR, Drudge Report, CNN, Fox, and ABC News. Ben currently resides in Cincinnati, Ohio. Follow Ben on Instagram. Visit Ben Souza on Linkedin. You may email Ben at [email protected]
Cruise NewsCruise Line Enlarges Cabins, Reduces Passenger Capacity on River Ships
Previous article
9 Tips for Eating in the Main Dining Room on a Cruise
Next article
10 Things You Should Not Worry About On a Cruise