In the summer of 2015, Crystal Cruises announced plans to have 48 private luxury residences on three of their cruise ships that could be purchased as someone’s second home. 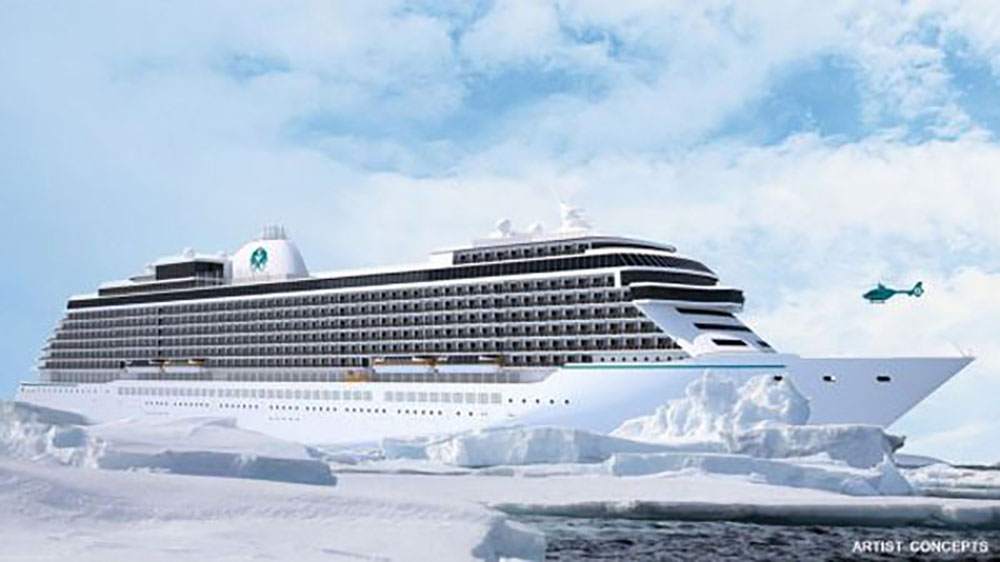 However, according to a report by The Maritime Executive, the cruise line has scaled back plans on their new cruise ships and the vessels will no longer have private luxury residences for sale.  The first cruise ship was originally scheduled to debut in 2018 but has now been pushed back until 2022.

The Diamond Class (formerly Exclusive class) cruise ships have been reduced from 100,000 gross tons to 65,000 gross tons and each will now carry 800 passengers.  This is down from 1,000 passengers the ships were originally proposed to carry.

The top deck of each ship was going to have 48 residences that could be purchased and used as a residence or 2nd home. They were going to have their own private restaurant, reception and facilities, and nine foot ceilings. The residences would have ranged from 600 to 4,000 square feet making some of them among the largest cabins at sea.

If you were planning on retiring on a cruise ship you will still have one option, The World.

The World is home for 130 families who purchased apartments on the cruise ship that ranged between $2-15 million. But for a view that is always changing from one spectacular sight to another, and to be able to enjoy stress-free traveling to exotic locations, the families aboard the World have decided that the price is well worth it.

This may not be the life for everyone, but for those with a little extra money wanting to enjoy their golden years in the lap of luxury, it can’t get much better than sailing the high seas right from your home.

Ben Souza
Ben is a world traveler who has visited 42 countries and taken over 50 cruises. His writings have appeared and been cited in various media outlets such as Yahoo News, MSN, NPR, Drudge Report, CNN, Fox, and ABC News. Ben currently resides in Cincinnati, Ohio. Follow Ben on Instagram. Visit Ben Souza on Linkedin. You may email Ben at [email protected]
Cruise NewsCruise Line Cancels Plans to Sell Cabins as Second Homes
Previous article
5 Things You Should Not Do On A Cruise
Next article
Carnival Cruise Line Moving Cruise Ship to Australia After Huge Makeover