Celebrity Cruises continues to unveil more details about Celebrity Edge, their first new cruise ship in six years. With its transformational design, Celebrity Edge is poised to raise the bar on modern luxury travel to even greater heights, and the entertainment on board is just as game-changing as the cruise ship itself.

On Celebrity Edge, guests will experience the brand’s most technologically advanced main theater, the most production shows of any ship in the cruise line’s history, the largest cast of world-class performers on any premium cruise ship, and more entertainment venues than ever before. Guests should expect nothing less from the ship that is leading THE CELEBRITY REVOLUTION.

INTRODUCING THE THEATRE – A FEAT WORTHY OF A STANDING OVATION
The Theatre on Celebrity Edge throws away the curtain altogether, blurring the line between audience and performance and immersing guests in an entertainment experience like no other. With four stage areas and three gigantic, moving projection screens, The Theatre offers an ever-changing canvas for the productions that live here.

The main stage extends into the audience creating a theater-in-the-round sensation. A duo-directional rotating platform raises almost seven feet above the stage to take performances to a whole new level. With two rotating spiral staircases, 10 synchronized panoramic projection screens, 16 state-of-the-art video mapping laser projectors, aerial performance rigging, and more, the technology behind the scenes will at times steal the show.

To make all of The Theatre’s technology run like clockwork, Celebrity collaborated with TAIT, a leader in the stage automation business. The entire stage performs a precise synchronization of rotating stage platforms, rain curtains, spiraling staircases, flying aerial rigs, and the tallest projection screens at sea. TAIT’s automation is coupled with the visions of the Black Skull Creative group, who’ve created contemporary shows and experiences around the world, including the 2012 London Olympics. Celebrity also teamed up with Three In One Entertainment and Consulting, whose creative successes include INFERNO: The Fire Spectacular in Las Vegas.

At The Theatre, guests can enjoy five new full production shows, including the Shakespeare-inspired A Hot Summer Night’s Dream, where light-hearted theater meets extraordinary acrobatics; The Jewelry Box, with its jaw-dropping technological feats; Kaleidoscope, a high-energy music and dance extravaganza harnessing the stage’s state-of-the-art technology; and two shows as part of Celebrity’s new Headline Residency program – Get Up, a dynamic pop concert produced by Black Skull Creative, and The Purpose, an uplifting production designed to celebrate the inner self.

WELCOME TO THE CLUB
Brought to life once again in collaboration with the visionaries behind Eden – Butler and famed designer and architect Patricia Urquiola – The Club on Celebrity Edge is a progressive space that changes its persona from morning to… well, early the next morning. 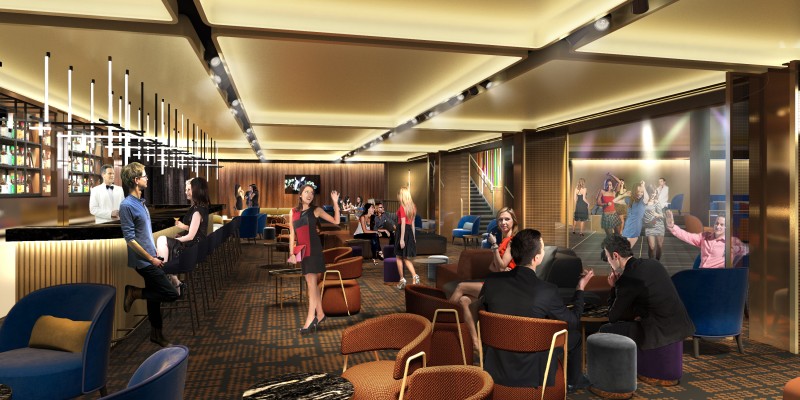 During the day, The Club offers experiences such as the Funovation Laser Maze Challenge, the Drone Hunting laser obstacle course, and more.

At night, The Club undergoes yet another transformation. Undercover at The Club puts a contemporary spin on the Prohibition era with 20’s-inspired craft cocktails and an aerial saxophonist. The futuristic body scanner of Andromeda allows guests to become someone else for the evening. And Celebrity’s Hypno Cam Experience is a first-at-sea dance party featuring a high-tech camera that’s passed around to capture photos, which are instantly displayed on a giant LED screen.

NEVER THE SAME CAMP TWICE
On Celebrity Edge, the brand takes its fully customizable Camp at Sea program to the next level for younger travelers of all ages with more than 500 activities, including Celebrity’s first youth coding experience at sea, and two completely separate contemporary spaces, one for the kids and one for the teens. 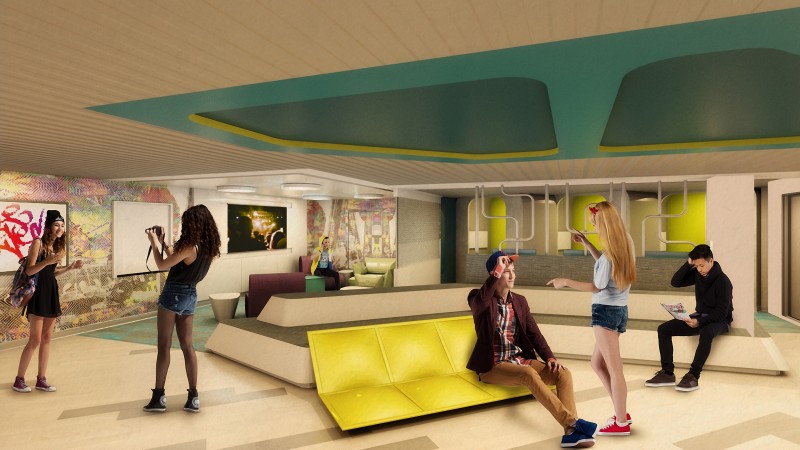 ENTERTAINMENT EVERYWHERE
Celebrity has infused entertainment throughout the ship. At the Rooftop Garden, guests can enjoy experiences such as the Rooftop Concert Series and the Garden Cinema Series, the next evolution of the brand’s Taste of Film experience that’s an under-the-stars moviegoing experience with live musical performances.

The iconic Eden will feature evolving entertainment as the space transforms from a “chillful” escape in the mornings to “playful” in the afternoons to “sinful” at night. Daytime experiences include Meditation at Eden and performances from sitar players to aerialists. As dusks falls, Eve at Eden begins. Developed in partnership with Variety Worldwide, this theatrical journey will indulge every sense and put guests at the center of the experience, for a fusion of culinary exploration, performance art and nightlife – like nothing else at sea, or even on land.