Carnival Corporation’s cruise lines are offering more cruises to the Panama Canal this season than any other cruise company. 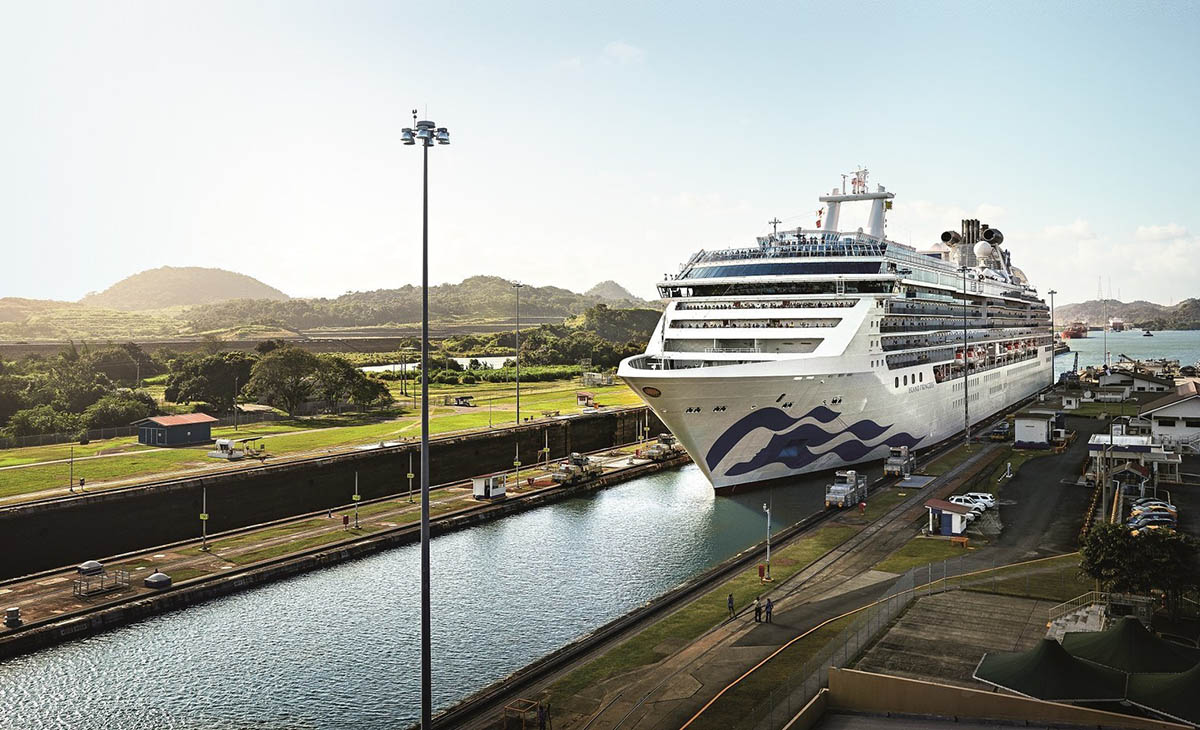 Together on six differnt cruise lines, 26 cruise ships will offer 70 voyages to the Panama Canal during its upcoming peak season, which will run from fall 2019 through spring 2020. This will be the third full cruise season since the Canal’s historic 2016 expansion.

Carnival Corporation and its brands have a rich history in the Panama Canal. The corporation’s Princess Cruises brand, the fastest growing international premium cruise line, was the first cruise line to take guests through the Panama Canal in 1967. Fifty years later, the brand marked another major milestone with the first large cruise ship, Caribbean Princess, to traverse the newly expanded “Neo-Panamax” Locks.

Each itinerary includes calls on a variety of ports, providing guests with unforgettable opportunities to take in architecture, landmarks and attractions, as well as shopping, dining and cultural experiences.

The 2019-20 lineup – the cruise line’s largest deployment ever to the Panama Canal – features five ships, with 10- to 21-day options, also visiting culturally rich ports in the Caribbean, Mexico, Central and South America.

Each Princess Cruises transit of the Panama Canal includes live narration from the bridge offering a glimpse into the history and insight that went into its engineering feat, as well as a day of scenic cruising through Gatun Lake. Beyond the Canal, guests can enjoy the diverse cultures of Central and South America, the rainforests and wildlife of Panama and Costa Rica, and some of the top-rated beaches of the Caribbean.

Carnival Corporation’s Cunard brand recently unveiled its Oceans of Discovery voyage program for November 2020 through May 2021, featuring Queen Victoria’s World Voyage – a westbound circumnavigation through the Panama Canal in 2021, which can be taken as a roundtrip from Hamburg or London, or a one-way voyage starting in Fort Lauderdale, Fla.

The Full World Voyage will feature scenic cruising through the Panama Canal, as well as calls to 34 ports in 24 countries, including overnight stays in San Francisco, Honolulu, Sydney, Hong Kong, Singapore and Cape Town.

Anticipating another robust Panama Canal season, Holland America Line is looking to build on the success of its previous season when the brand carried 40,500 guests through the Panama Canal. Seven ships and 32 cruise voyages are set to welcome another record-breaking season, with full transits ranging from 14 to 23 days and 10- or 11-day partial explorations. Each cruise provides more ways for guests to experience the Panama Canal.

P&O Cruises (UK) offers a 99-night world tour in January 2020 that includes a Panama Canal complete transit aboard Arcadia, one of its adults-only ships, as it takes guests to 26 destinations in the Caribbean, Central America, Hawaii, South Pacific, Southeast Asia and Australia before returning to Southampton in April 2020.

Together, the corporation’s cruise lines operate 104 ships with 243,000 lower berths visiting over 700 ports around the world, with 19 new ships scheduled to be delivered through 2025. Carnival Corporation & plc also operates Holland America Princess Alaska Tours, the leading tour company in Alaska and the Canadian Yukon. Traded on both the New York and London Stock Exchanges, Carnival Corporation & plc is the only group in the world to be included in both the S&P 500 and the FTSE 100 indices.