Opinion 5 Awesome Things You'll Only Do on Cruises to Antarctica

5 Awesome Things You’ll Only Do on Cruises to Antarctica

Of all the interesting places around the world, you won’t find any that are more remote or exotic than Antarctica.

Annually, very few people travel to the faraway land that is known as the White Continent. Those who do, typically arrive by cruise ship, with a small-group experience of just up to 200 fellow adventurers at a time on these highly seaworthy vessels. 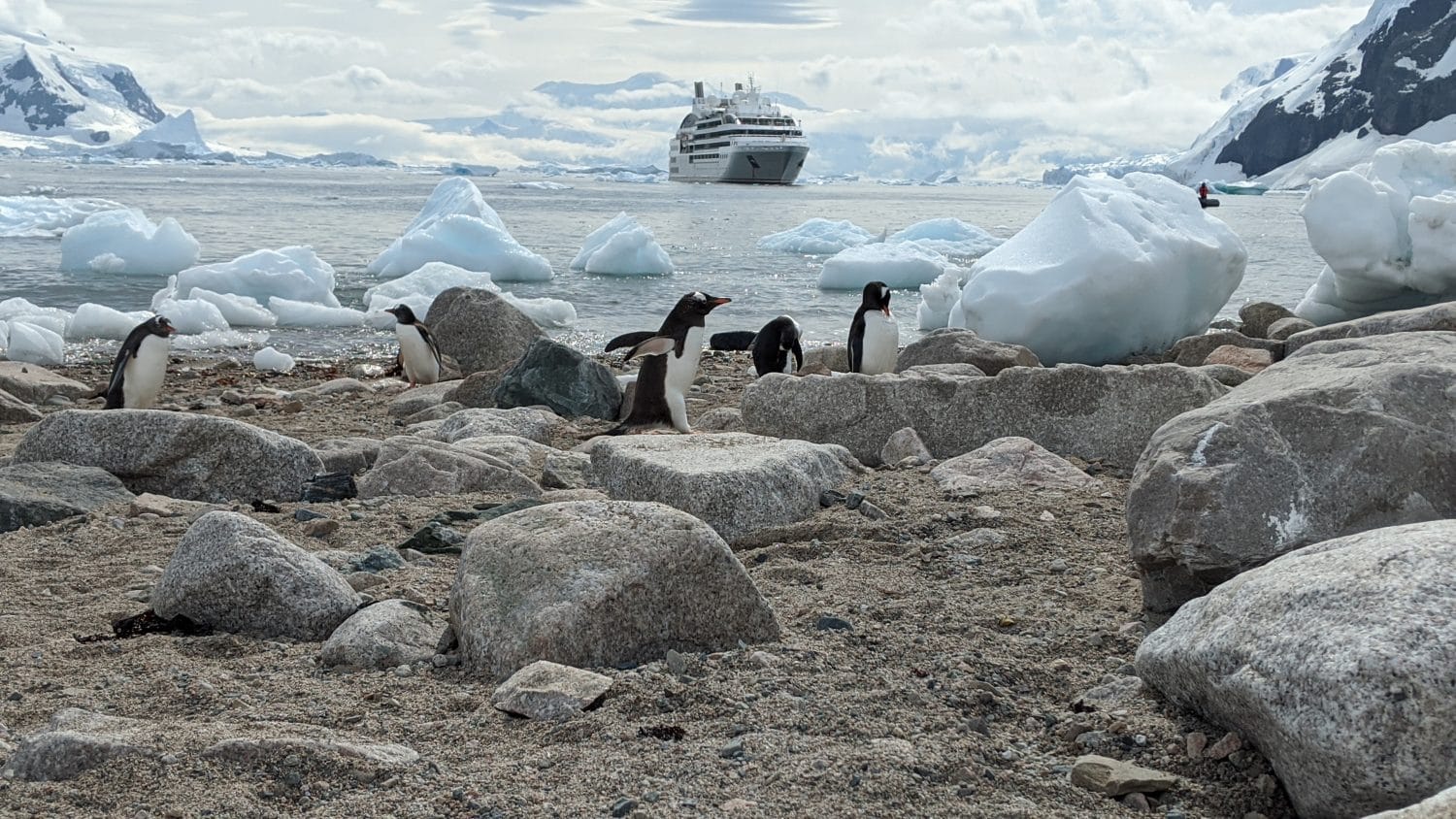 When you head down to the southernmost part of the world, you’ll find a quiet and scenic region that is home to creatures that thrive in icebound conditions amid rugged and beautiful landscapes. An expedition to Antarctica is often the final frontier for well-traveled cruisers who are seeking to add the most epic trips or far-flung destinations to their list.

Cruises to Antarctica are growing in popularity — along with expedition cruising in general. Dozens of new specialty expedition ships have been built or are launching in the coming years, and many of these vessels will offer itineraries to the polar regions of the Arctic and Antarctica. More than 55,000 people travel to Antarctica each year, with most coming from North America.

So, what is so special about the Antarctic region? I was onboard Ponant’s Le Lyrial luxury expedition ship as a guest of Abercrombie & Kent during a nearly three-week trip that began in Buenos Aires and also included a stop in South Georgia Island. I discovered several things that you can only experience on a cruise to Antarctica.

Party Time with Penguins (and Other Marine Creatures) 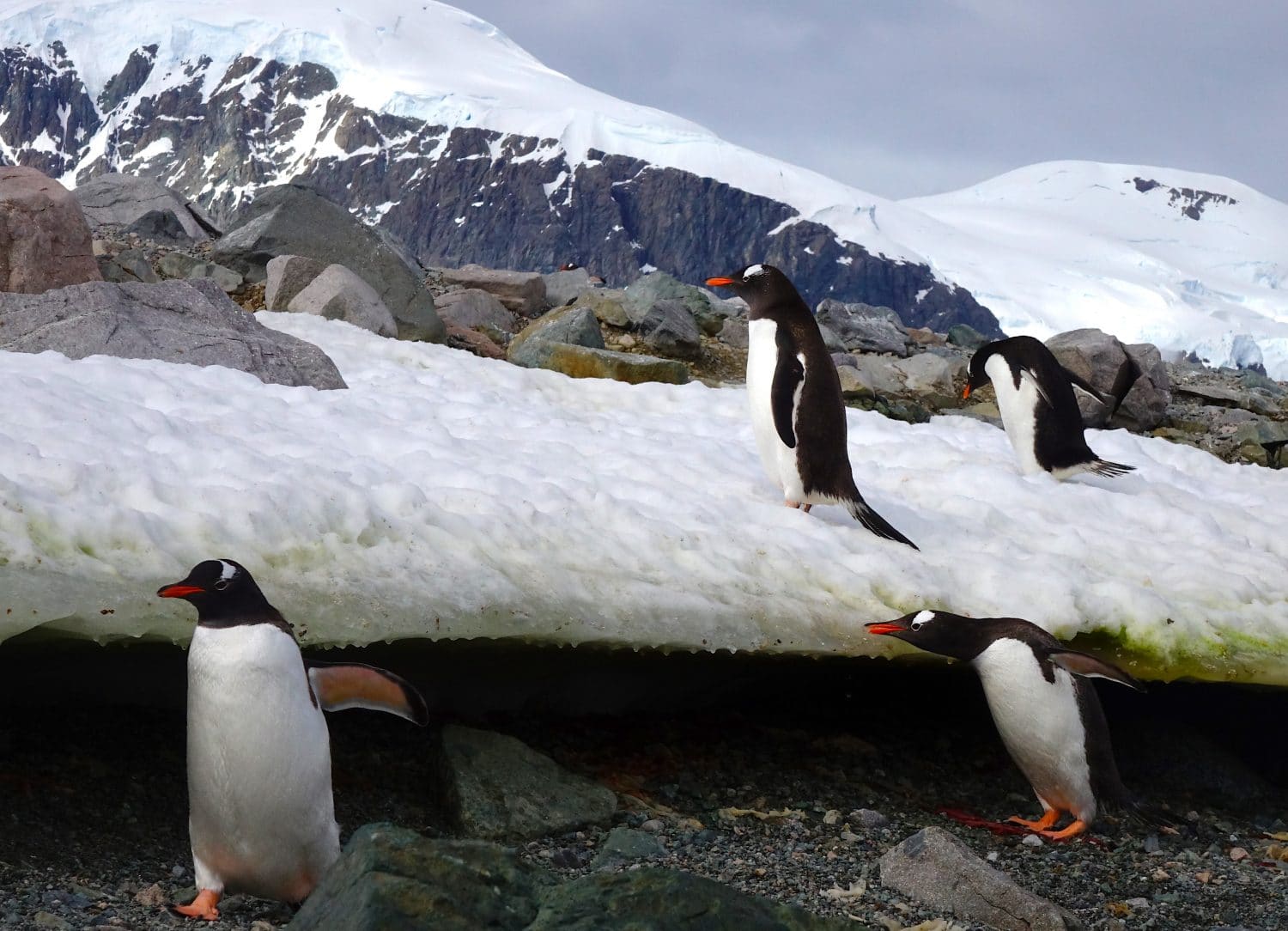 Yes, there are penguins in other parts of the world, but the most iconic and varieties are in the Antarctic region. Plus, they are so numerous on the White Continent and on the neighboring South Georgia and the Falkland Islands that you will be surrounded daily by thousands of the cute and curious birds.

As we sailed south from Ushuaia, Argentina, after boarding Le Lyrial (the trip takes three days of sailing to reach Antarctica), the first creatures we encountered were albatross, petrels and other seabirds.

But the penguins become the stars of the show once you reach the continent and surrounding islands. It was fascinating to watch the Gentoos, King penguins, chinstraps and Adelies playing, feeding, swimming and nurturing eggs and caring for young fluffy chicks.

You get up close with the playful and curious penguins, and the remain the iconic creatures of the region, showing up in the most pictures that you bring back from your trip. However, you also will get surprisingly close to whales and seals — which also are seen in large colonies on rocky beaches and hunting in the bays and coves that you visit.

Learn the History of Legendary Adventurers

Daily programming on our Antarctic cruise with Abercrombie & Kent included scheduled time in the ship’s main theater for enrichment talks. Many of the presentations were about the history of the region. We learned about the explorers who were among the first to arrive in Antarctica, beginning just 200 years ago.

These cruises follow in the footsteps of such legendary figures as Ernest Shackleton, Robert Falcon Scott and Roald Amundsen and James Clark Ross. They endured adventures, trials and tragedies in their attempts to traverse the continent and reach the South Pole and other points while sailing in wooden ships that got tossed around in rough seas and ended up locked in ice.

You, on the other hand, will hear expert lecturers tell these tales while you sit in comfy seats and sip cocktails.

Only 100 visitors can land on the continent at a time. When you arrive, you are greatly outnumbered by the wildlife all around you. You quickly realize this place is unlike anywhere else on earth. 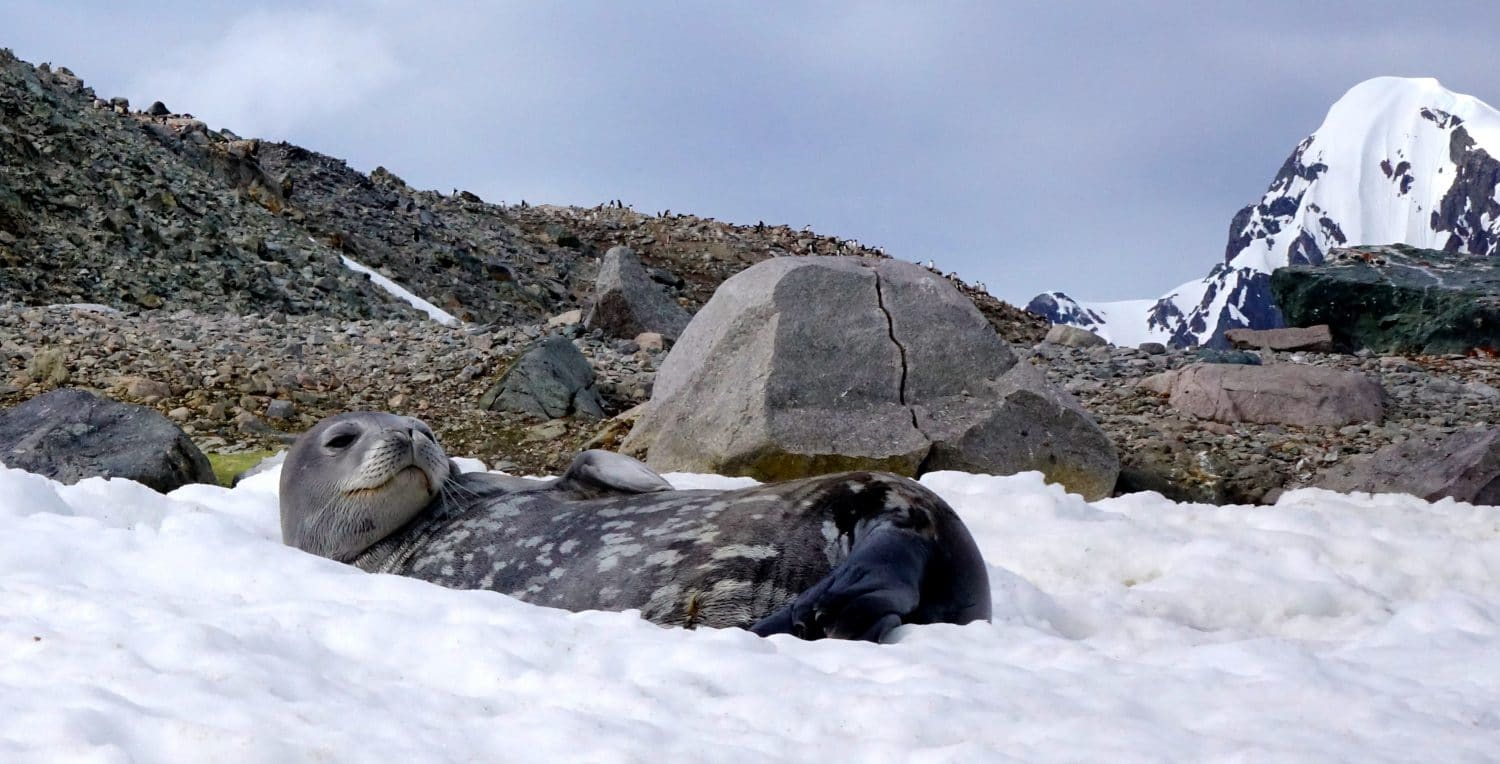 There are no crowds, and you find a certain sense of calm and serenity in each place you stop.

The cruise lines work hard to keep these places as unspoiled as possible. Visits to the different destinations are coordinated among the lines, ensuring that no more than one ship is in the area. We visited six places over the course of our three days in Antarctica: Danco Island, Neko Harbour, Cierva Cove, Mikkelson Harbour, Yankee Harbor and Aitcho Islands.

Biosecurity measures are strict, as well. We did thorough inspections of our waterproof pants and parkas to ensure that we were not tracking anything between the shore and ship at each visit. Part of this process also meant that we would wash our boots in tubs of disinfectant solution before going ashore and after returning.

These are photo expeditions, and you will easily capture hundreds of pictures a day and maybe thousands by the end of your cruise.

The penguins and seals are unafraid of humans, so you can freely wander the beaches and grasslands along paths that take you among the colonies to enjoy close encounters. We were told to keep a respectful distance of about 20 to 50 feet from the animals, but they were free to approach us and often did.

Two photo experts traveled on our ship and offered classes in the main theater, “office time” in the ship’s lounge to help with editing and were always on hand in port to give great advice to help us capture our best images.

Cruises to Antarctica offer the chance to sail through some of the roughest waters in the world. The Drake Passage is a choppy stretch that you reach after departing Ushuaia, and this can represent an exciting or terrifying part of the overall adventure, depending on your susceptibility to seasickness.

However, the waters sometimes remain fairly calm, and you get the “Drake Lake” instead.

We had amazingly still waters on the way down, but were met with a fierce storm upon our return trip. We had a two-day period of rough times, and at the height of it (over about six hours), the ship was tossed around in winds ranging from 50 to 75 knots. This churned up seas that reached 50 feet high.

Indeed, an Antarctica cruise is a good way to really test your sea legs to their fullest.

John Robertshttps://InTheLoopTravel.com
John Roberts is a freelance writer and operator of InTheLoopTravel.com. He writes about cruising and active travel, highlighting how people can connect with the world and other cultures through rewarding travel experiences.
Opinion 5 Awesome Things You'll Only Do on Cruises to Antarctica
Previous articleVirgin Voyages Will Use Bands to Replace Key Cards
Next articleRoyal Caribbean Delays Cruise Ship Departure from New Jersey