Construction Begins on Another Mega Cruise Ship from MSC Cruises 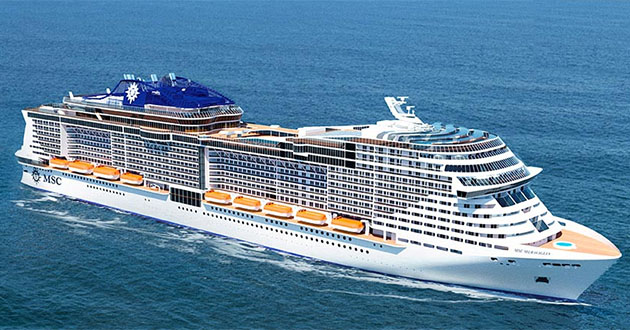 MSC Bellissima is will be 5,700 passenger cruise ship and will come in at 167,600 gross tons, making her the largest cruise ship in MSC’s fleet.  The ship is scheduled to be completed in 2019 and has been designed to operate in all seasons and to call in most of the world’s international cruise ports. As her name suggests, MSC Bellissima will embody the beauty and magnificence of the next-generation of MSC Cruises’ ultramodern mega-ships, rich with new features and amenities for guests of all ages and interests.

MSC Bellissima is part of a $10.2 billion investment from MSC Cruises that will see the cruise line’s capacity triple in 10 years.

Pierfrancesco Vago, executive chairman of MSC Cruises, gave the following statement at the steel cutting ceremony: “MSC Cruises and STX France have walked a long path together since the construction of MSC Lirica in 2003. Our current fleet was built at STX France and we are now shaping the future of the modern cruise ship with two new prototypes from STX France. With work nearing completion on MSC Meraviglia, we are delighted to begin construction of MSC Bellissima.”

MSC Bellissima is will be the second of four Meraviglia class ships from MSC Cruises.  The first, MSC Meraviglia, is currently under construction and will debut in summer of 2017.