Royal Caribbean made it into the Guinness Book of World Records thanks to a ground breaking feature that debuted on their Quantum class cruise ships. 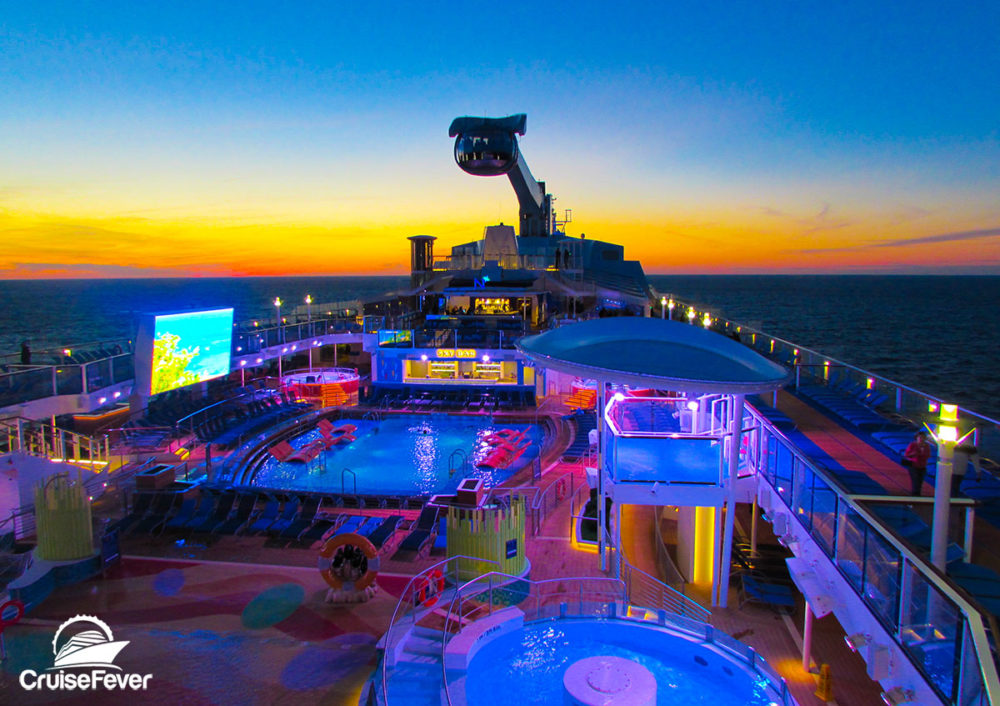 The North Star debuted on Quantum of the Seas and has been a signature feature on all Quantum class ships (Anthem of the Seas, Ovation of the Seas).  This one of kind experience at sea is a glass observation capsule that rises more than 300 feet in the air.  The capsule rotates over the sides of the ships allowing passengers to have breathtaking, 360 videos over the vessel.

The North Star has officially entered the Guinness Book of World Records as the “Highest Viewing Deck on a Cruise Ship”.

The three Quantum-class ships offer world-class vacation experiences to international guests. Two of the technologically advanced ships sail from Asia and the Pacific region, Quantum of the Seas from Beijing (Tianjin), China and Ovation of the Seas from Shanghai (Baoshan), China; Sydney, Australia; and Singapore. The third, Anthem of the Seas, cruises from Cape Liberty Cruise Port in New York Harbor to Bermuda, The Bahamas and the Caribbean.

First introduced in 2014, the Quantum-class ships boldly redefined the industry with unprecedented innovations in design, thrilling activities, game-changing technology, multidimensional entertainment and a robust, variety of dining opportunities that create the ultimate, contemporary cruising experience found only on Royal Caribbean.

Royal Caribbean has an additional two unnamed Quantum class ships on order that are scheduled to be completed in 2019 and 2020.