Royal Caribbean’s Symphony of the Seas will be the largest cruise ship ever built when the vessel is completed in early 2018.  This fourth Oasis class ship from the cruise line will be 230,000 gross tons in size will carry over 6,000 passengers. 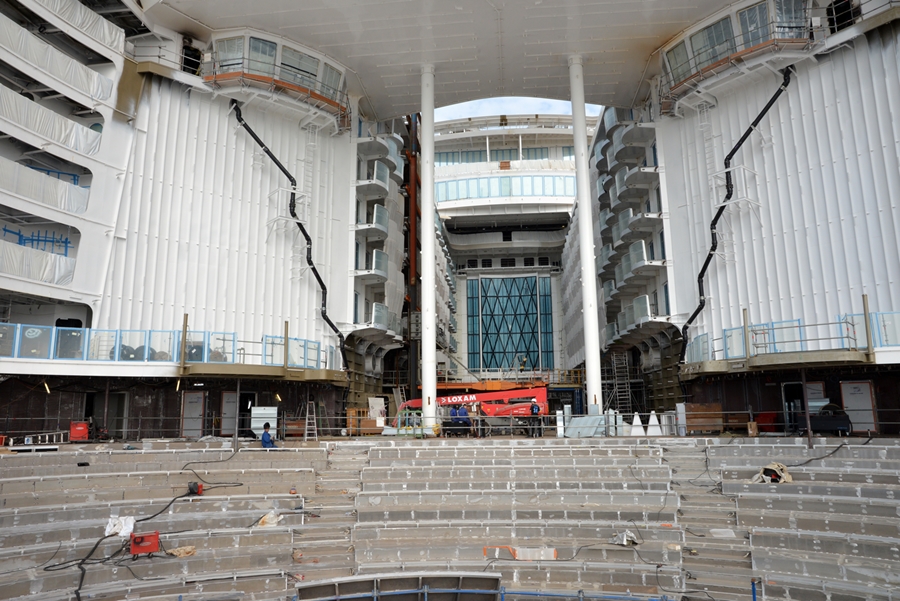 Touting new features and amenities for guests, Symphony of the Seas also will boast all the groundbreaking innovations and thrilling experiences that have garnered world-wide recognition for Harmony of the Seas.  Among the award-winning and acclaimed favorites are the distinct seven-neighborhood concept, imaginative and sophisticated dining, Bionic Bar robot bartenders powered by Makr Shakr, Broadway-caliber entertainment, the iconic waterfront AquaTheater, the Perfect Storm trio of waterslides, and Ultimate Abyss – the tallest slide at sea that drops 10 stories.

Royal Caribbean has released several photos giving us an inside look at the construction of this mega cruise ship.

The newly released photos below show the Boardwalk, Aqua Theater, and the Promenade. Symphony of the Seas is currently under construction at the STX shipyard in France. 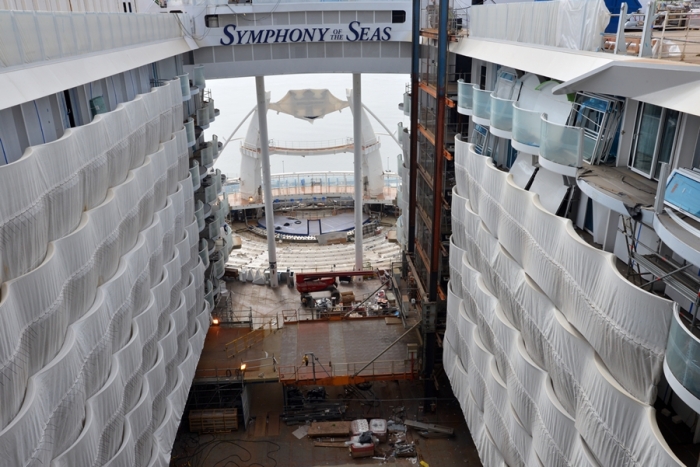 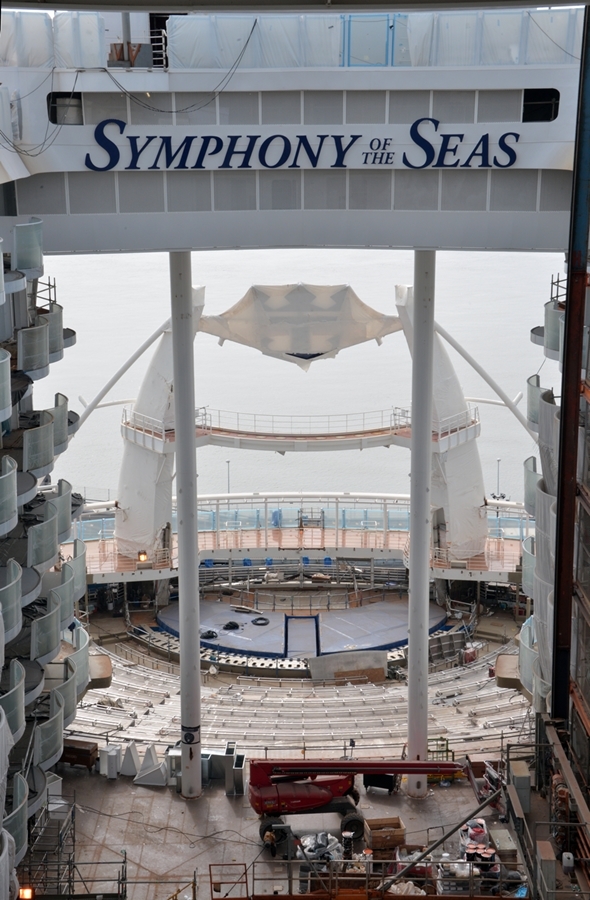 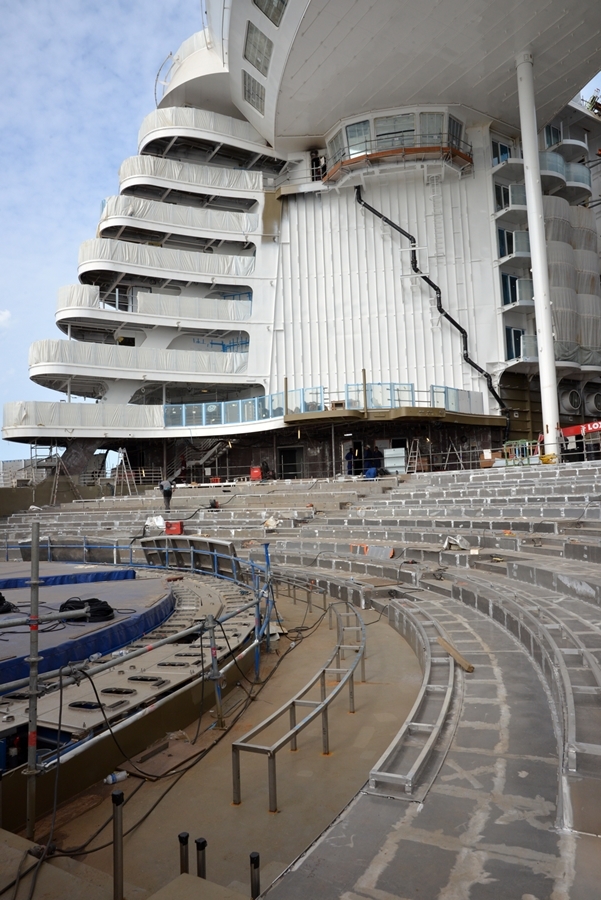 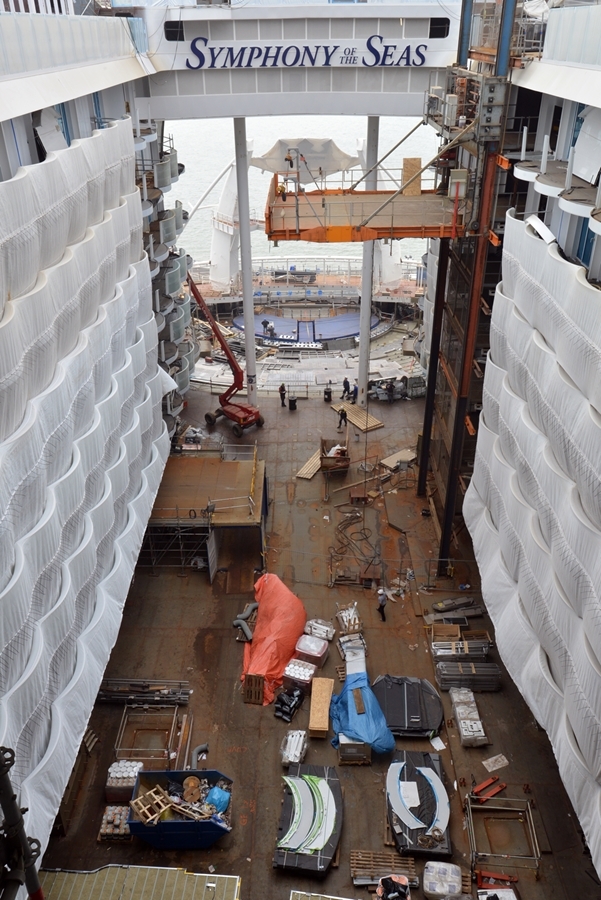 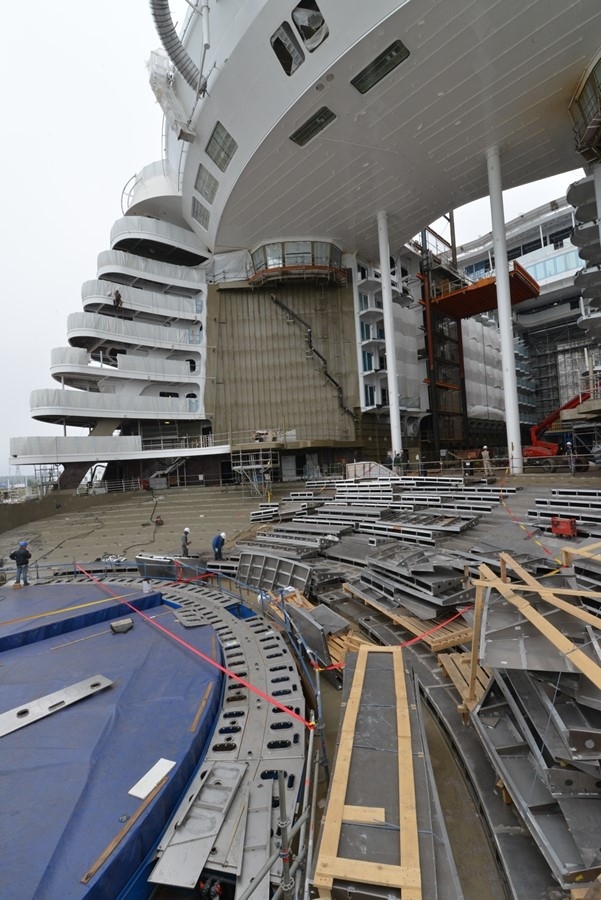 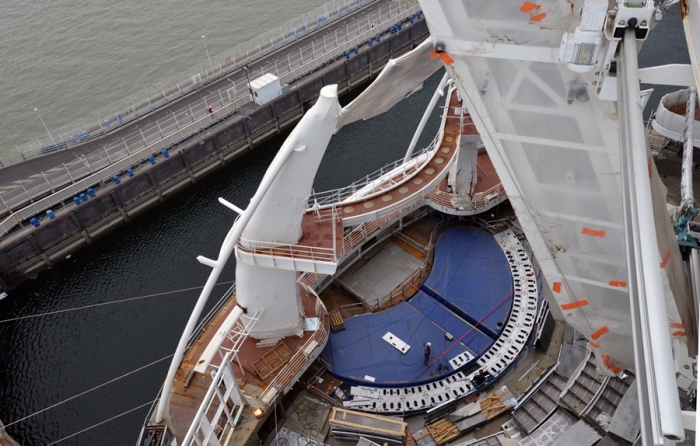 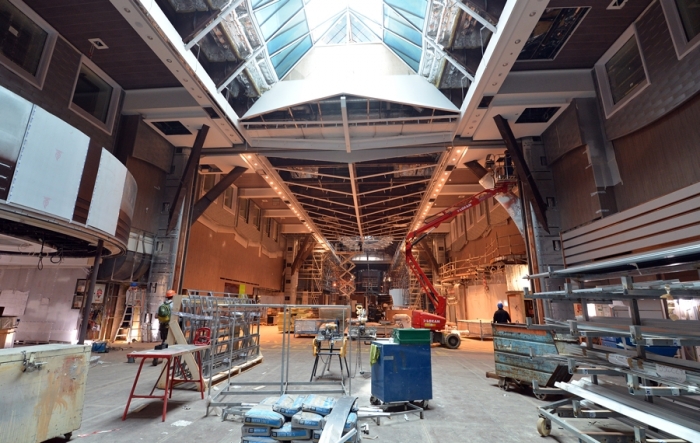 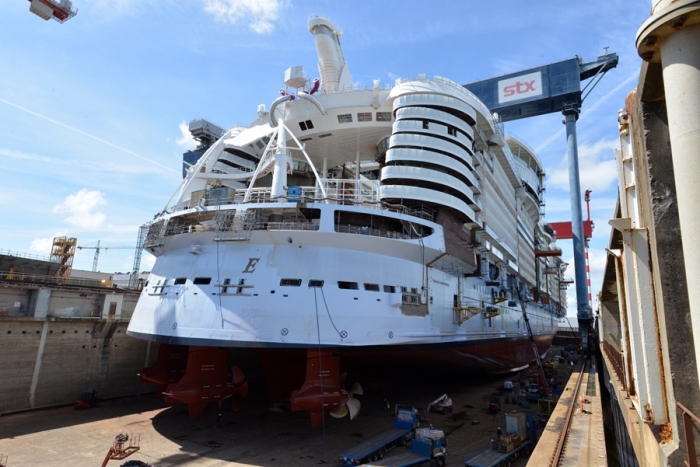 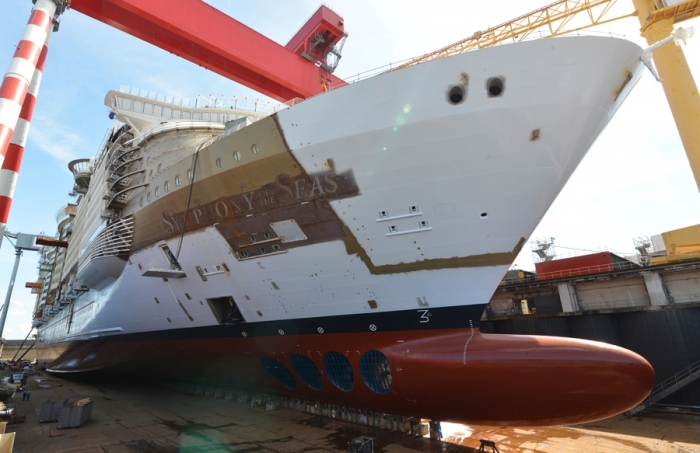 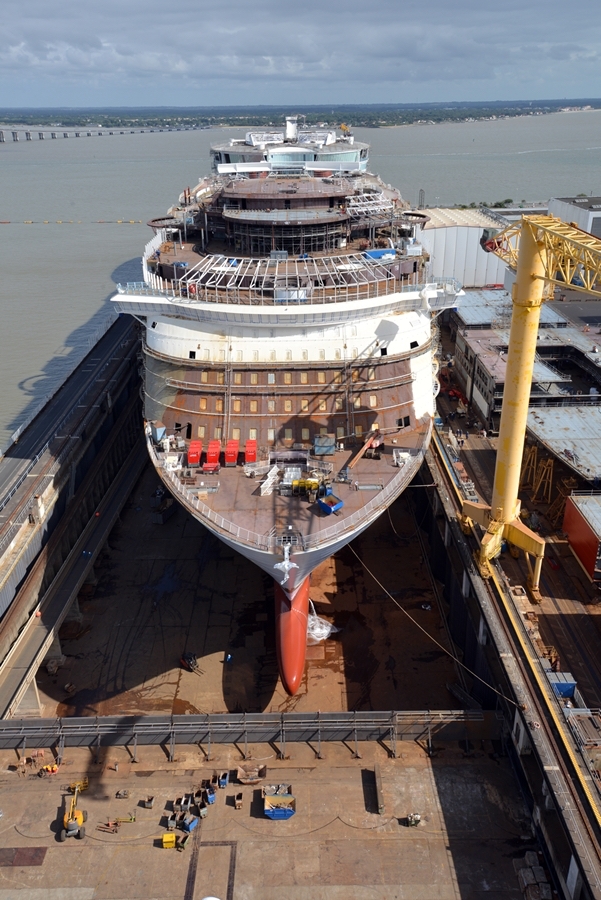