Porthole Magazine, a cruise magazine available on newsstands and by both print and digital subscriptions, has launched a charity effort in support of Mercy Ships.  Mercy Ships is a charity that operates a fleet of hospital ships in developing nations. 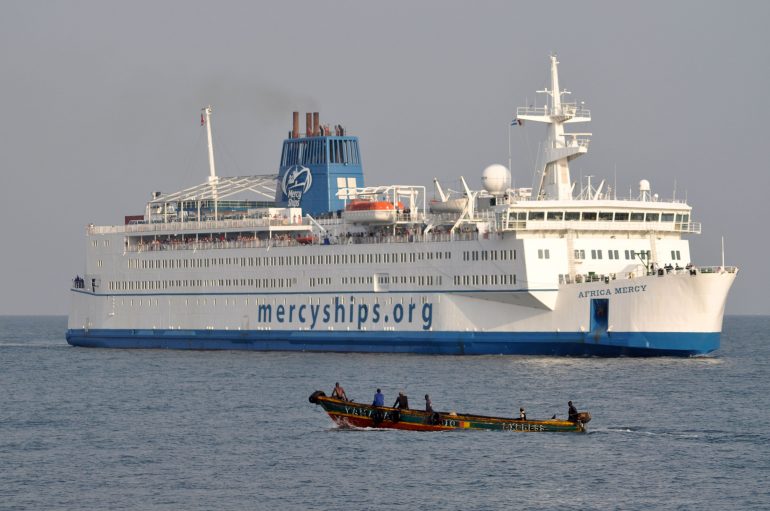 Porthole Magazine is donating a portion of each new subscription during September and October 2016 to Mercy Ships. Subscriptions start at $19.99 for one year and $29.99 for two years. Complete subscription options can be found here.

Bill Panoff, publisher and editor-in-chief of Porthole Cruise Magazine, gave the following statement about this new charity effort with Mercy Ships: “Mercy Ships is doing amazing things for people in need around the world, and we are pleased to help contribute to those efforts. Factor in the connection with ships and the sea, and the choice to make the organization the recipient of this donation was an obvious one.”

They have four main values: Love God, love and serve others, be people of integrity, and be people of excellence in all we say and do.

Why do they use ships as hospitals? A ship is the most efficient platform to deliver a state-of-the-art hospital to regions where clean water, electricity, medical facilities and personnel is limited or nonexistent. And, because more than 50% of the world’s population lives within 100 miles of the coast, we can reach more people who need care.

Mercy Ships has had a fleet of four ships over its history. They currently have the Africa Mercy in service which is the largest non-governmental hospital ship in the world. The Africa Mercy is docked in Benin, West Africa where the volunteer crew will provide free surgeries onboard for the Beninese over the next 10 months.

For the first time since the voluntary industry-wide stop in operations, Seven Seas Explorer has welcomed cruisers back on board. Excited passengers boarded the...
Read more

Ben Souza - October 24, 2021
Carnival Cruise Line christened their newest ship this weekend, Mardi Gras, in what was the first naming ceremony in the U.S. in almost two...