The Italian government has reinstated the ban that will no longer allow larger cruise ships to enter the historic center of Venice.  The decision was unanimous by the Italian ministers. 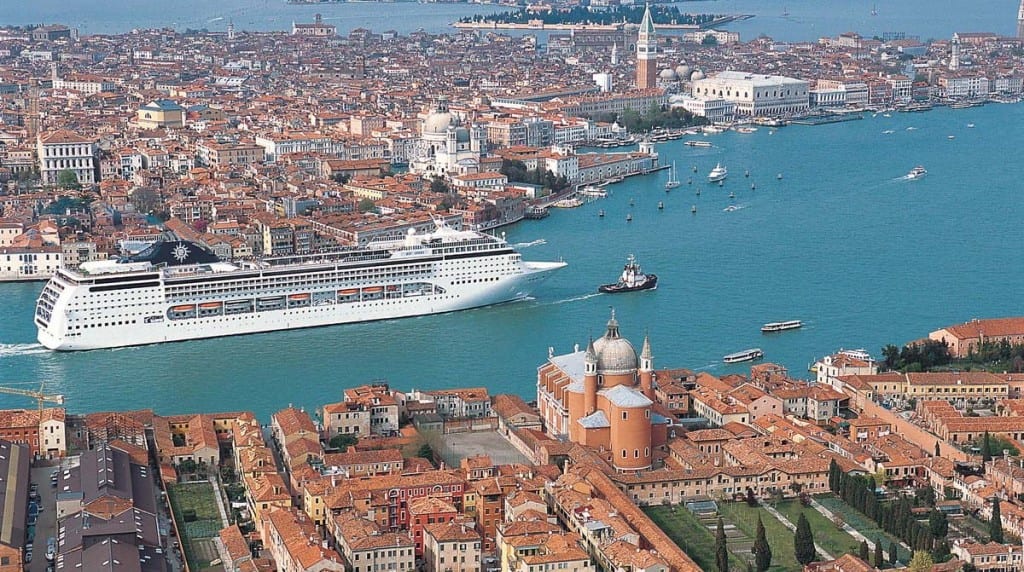 Large cruise ships have been allowed to pass within 1,000 ft of St. Mark’s Square giving cruise passengers amazing views of the city’s architecture.  Large cruise ships will be defined as those that are over 96,000 gross tons in size.  This eliminates over 50 cruise ships from being able to visit Venice.

Only ships that are less than 96,000 gross will be able to sail in St. Mark’s basin and the Giudecca Canal.  The goal is to achieve a 20% reduction in the number of cruise ships that visit Venice each year.

The debate over large ships visiting Venice has been ongoing but recently gained new traction when Michael Douglas and Cate Blanchett signed their names to a petition to ban the larger cruise ships.

“It seems to me to be a balanced solution which takes account of our duty to remove the skyscrapers of the sea from the canals of Venice, while safeguarding a world heritage city that is the envy of the world and protecting the city’s economy which is so linked to cruise tourism.”

This reinstatement of the ban is welcome news to environmentalists and celebrities who have been calling for the ban.  The government is also launching a study to develop a new lagoon channel in Venice for cruise ships.  The project is expected to cost $150 million in USD and funding has not yet been secured.

Currently, cruise ships pass through the Giudecca Channel, sail past St. Mark’s Square between the Adriatic Sea and Venice Lagoon to reach the cruise terminal.  This new channel will have ships entering at the Malamocco southern passage and follow the commercial ship channel to Marghera port. The 3 mile channel will reach to Stazione Marttima.