For the first time in cruise history, an American woman will soon take the helm of a mega-ton cruise ship. 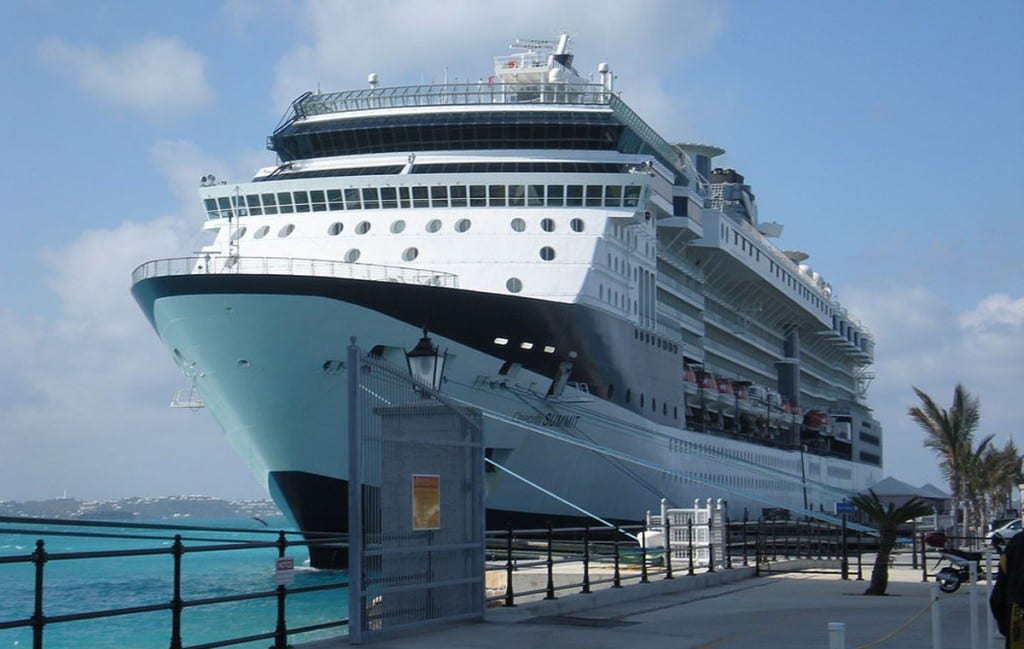 Kate McCue, a 37 year old  San Francisco native, will take command of Celebrity Cruises Celebrity Summit in August.  The Celebrity Summit is a 91,000 ton cruise ship that was built in 2001 and can carry 2,158 passengers at double occupancy.  She will be responsible for the onboard experience for the guests and crew members as well as the safe navigation of the ship.

McCue graduated from California’s State University’s California Maritime Academy and became a Master Mariner with Royal Caribbean, a sister cruise line to Celebrity Cruises.  She has managed logistics while sailing worldwide itineraries that include Asia, Europe, the Caribbean, Australia, Alaska, the Pacific Northwest, and the Panama Canal.

Lisa Lutoff-Perlo, President and CEO of Celebrity Cruises, gave the following statement: “From the first time I met Kate, I looked forward to this moment, when I could extend my congratulations to her for being such a dynamic and highly respected leader who will continue to pave the way for women in the maritime industry. Of all the great moments throughout my career, this is at the top of my list. I am both honored that Kate accepted this position, and proud of the way our team continues to transform the way people think about Celebrity, and about cruising in general.” 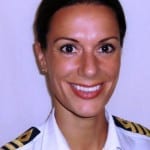 Captain McCue was a maritime leader sailing repositioning and transatlantic cruises and played an important role in the revitalization of ships in Singapore.

“Becoming the first female American captain of a cruise ship has been a goal of mine for as long as I can remember. The honor is amplified by being the first at a company like Celebrity Cruises. The cruise industry is ever-evolving, from the ships and the itineraries, to our guests’ expectations for vacation experiences. Celebrity has a history of delivering on each of these and I am thrilled to be a part of it. I look forward to working with an amazing team and the exceptional leadership who bring the Celebrity Cruises vision to life every day.”

The first woman to command a cruise ship by one of the mainstream cruise lines was Sweden’s Karin Stahre-Janson.  She was appointed to the helm of Royal Caribbean’s Monarch of the Seas in 2007.  (Monarch of the Seas now sails under the Pullmantur brand.)

While McCue is the first American woman to command a cruise ship, Gene Sloan (USA Today) points out that American men who captain ships are about as rare as women captains.   A good number of deck officers come from Norway, Denmark, Italy, UK, and Greece.

The Celebrity Summit will sail from Cape Liberty Cruise Point in Bayonne, New Jersey and sail week long voyages to Bermuda when McCue takes the helm in August.   The ship will re-position to San Juan, Puerto Rico in October and sail week long cruises to the Southern Caribbean.