The fastest growing cruise market in the world heats up as Carnival Corporation announced that they will be adding an industry leading 4th cruise ship in China for the 2015 cruise season. 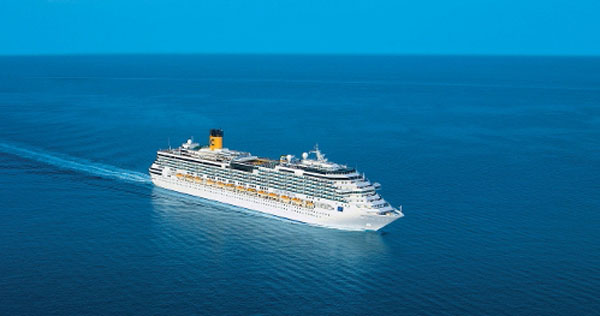 The 3,780 passenger Costa Serena will make its debut in Shanghai in April, 2015 where the ship will join the Costa Atlantica, Costa Victoria, and the Sapphire Princess serving the China market.  This 4th cruise ship owned by parent company Carnival Corp. will raise Costa’s capacity in Asia by 74% and will nearly double Carnival’s capacity in the area since 2013.

Based on consumer demand, China is expected to become the second largest cruise market in the world by 2017.  This news by Carnival comes on the heels of Royal Caribbean announcing that they will be sending the much anticipated Quantum of the Seas to the area in 2015.

Costa was the first global cruise company to sail out of China in 2006 and Princess Cruises was the first to offer a full season of sailing with a homeport in Japan.

The Sapphire Princess will be officially introduced to China on May 21, 2014 for a four month cruise season.  The 2,680 passenger Costa Atlantica has been based out of Shanghai since May, 2013 and the 2,400 passenger Costa Victoria since May 2012.

Carnival Corporation has for years recognized that Chinese travelers would love the cruising experience, and that is why Costa Cruises was the first global cruise line to commit to sailing from China back in 2006.  “We have never been more committed to China as a market of great strategic importance for our company, and with today’s news we will be the only global cruise company to have four ships operating out of China. More than that, as the world’s largest cruise company with a portfolio of 10 of the world’s most celebrated cruise lines, we are very well positioned to continue working with government officials in China to help the country meet its goal of becoming one of the most important cruise markets in the world

Cruise lines are investing in Asia as they look to capitalize on the markets of Japan, Singapore, Hong Kong, Taiwan, and Korea.

Carnival Corporation, which owns 101 cruise ships on 10 different cruise brands, is currently the largest cruise company in the world.  The company has 8 new cruise ships scheduled to be delivered between the spring of 2014 and the fall of 2016.