Construction Begins on the Next Carnival Cruise Ship 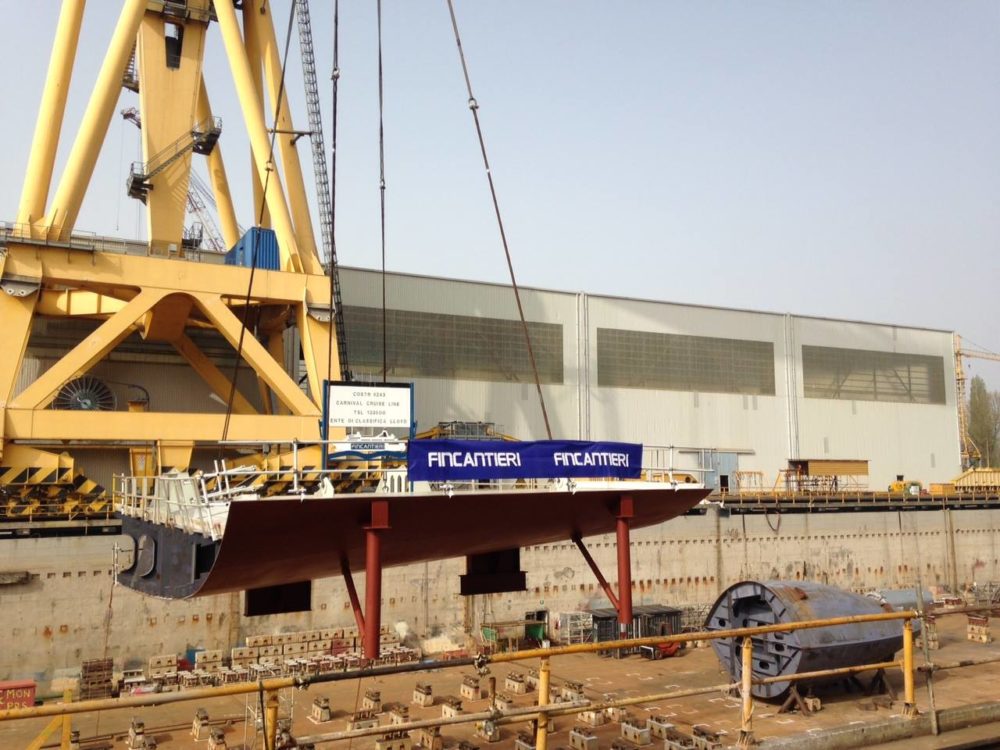 John Heald, the senior cruise director for Carnival Cruise Line, posted a photo on his Facebook page of the keel for “Vista 2” being lowered into place at the Fincantieri Shipyard in Italy.  The laying of a ship’s keel marks the official start of construction on new vessels.

Carnival has released few details about this second Vista class ship. This currently unnamed, 133,500 gross ton ship, will be the largest ship in the cruise line’s fleet and is scheduled to debut in March 2018.  The ship’s homeport, itineraries, and features will all be released at a later date.

Cruise Fever will have all updates as they are announced about this ship that is under construction for Carnival Cruise Line.  Also, thank you to John Heald (and Carnival Vista Hotel Director Pierre)  for posting photos and giving posting updates about this second Vista Class ship from Carnival.

The first Vista class ship, Carnival Vista, will debut early next month in Europe.  After a season in the Mediterranean, the ship will cross the Atlantic and sail week long cruises to the Caribbean out of PortMiami.