Viking Ocean Cruises took delivery of their first ocean cruise ship when the Viking Star was presented to the cruise line at Fincantieri’s Marghera shipyard near Venice, Italy. 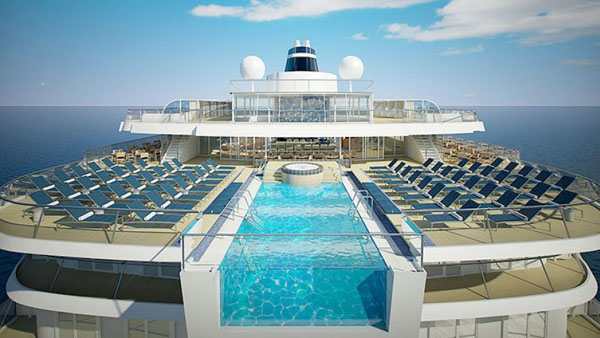 The ceremony marked the official arrival of Viking Ocean Cruises into the ocean cruise industry. The Viking Star, a 47,800 gross ton ship,  will sail her maiden voyage on April 11 when the ship sails out of Istanbul. The ship will make her way through the Mediterranean and the Atlantic before arriving in Bergen, Norway for her christening ceremony on May 17.

Torstein Hagen, chairman of Viking Cruises, gave the following statement: “This has been a remarkable journey, and I am grateful to everyone at Viking and Fincantieri who has worked tirelessly to turn our vision into reality. With Viking Star’s maiden voyage and christening now within sight, we are ready to bring our destination-focused experiences to ocean cruising.”

The Viking Star is the first of three cruise ship being built by Viking Cruises who currently operate of fleet of more than 60 river vessels.  The Viking Sea and Viking Sky will make their debut in 2016 and are currently under construction.

Due to the size of the smaller size of these ocean cruise ships, they will be able to have direct access to most ports, giving passengers easy and efficient embarkation/debarkation.

The 465 cabin, 930 passenger Viking Star features all balcony staterooms and was designed by nautical architects and engineers.  The interior was designed by the same team responsible for the Viking Longships.

Complimentary excursions will be offers in each port as well as onboard cultural enrichment programs that will include local speakers, interactive demonstrations, and academic lectures.

Viking Cruises offers river and ocean cruising that are designed for experienced travelers who have interests in culture, history, and geography.

During her maiden season, the Viking Star will sail itineraries to the Western and Eastern Mediterranean, Scandinavia and Baltic, and the British Isles.