Royal Caribbean has canceled the first six sailings on Empress of the Seas so additional work can be completed on the ship. 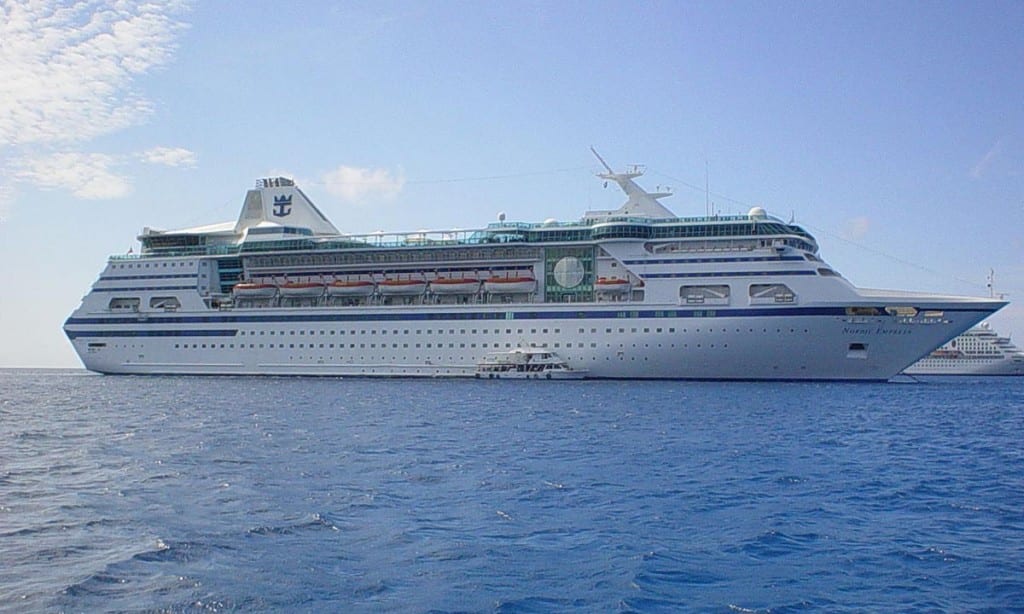 Empress of the Seas was originally scheduled to be brought back into Royal Caribbean’s fleet on March 30, 2016.  The cruise line has now canceled the March 30, April 4, April 7, April 11, April 16, and April 21 sailings.

Guests who were booked on one of these six sailings can switch to any sailing from April 25 to July 13, 2016 on Empress of the Seas for the same cruise fare that they paid.  Guests who were booked on these first six sailings can also cancel for a full refund if they wish not to switch sailings.  For those wishing to rebook on another ship, they will receive $100 in onboard credit.

Royal Caribbean sent an email to travel agents saying that the reason for the cancellations is due to additional work that needs to be done on the ship.  In order for the ship to be brought up to the standards and quality that Royal Caribbean’s passengers expect, it would take an additional three weeks of work to complete.

Empress of the Seas is a 48,000 gross ton cruise ship that holds 1,840 passengers. The ship last sailed under the Royal Caribbean brand in 2008.  There has been talk recently of the ship sailing to Cuba once Royal Caribbean receives approval to sail to the Caribbean island.

Cruise Fever will have all updates on Empress of the Seas as more information becomes available.

Credit to Royal Caribbean Blog for first reporting about the cancellation of the first six sailings of Empress of the Seas.